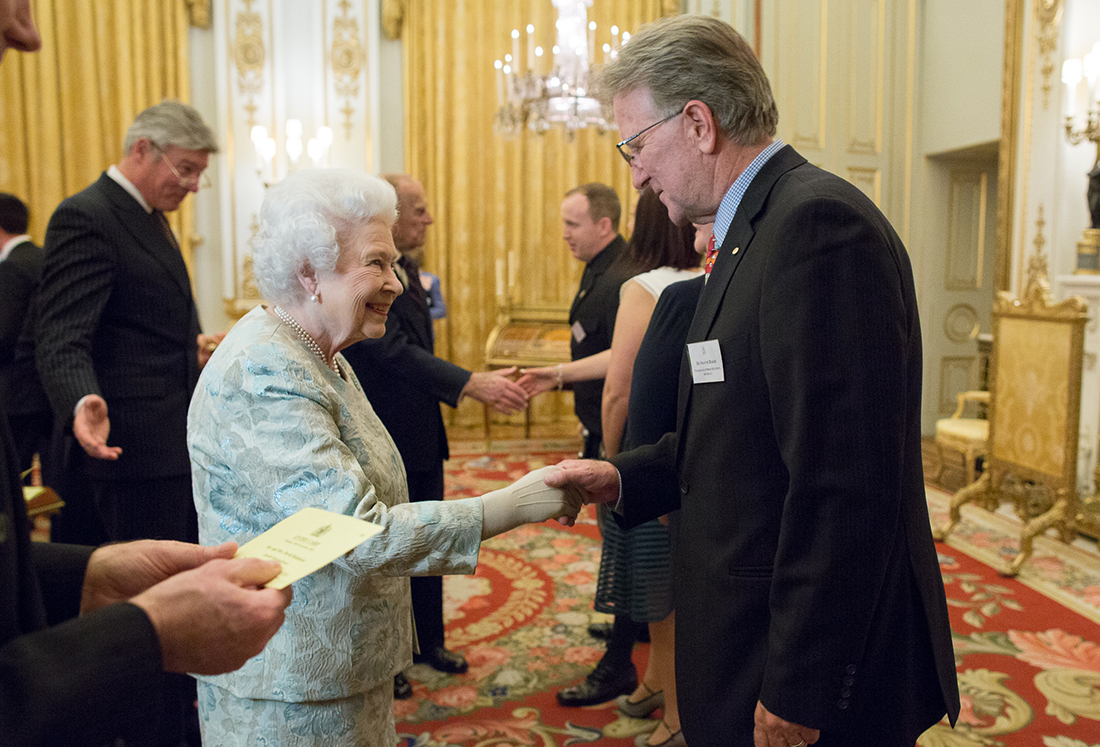 To commemorate the 125th anniversary of the RLSS, Dr Baker is just one of 125 individuals around the Commonwealth to be awarded with this special edition of HRH Prince Michael of Kent Merit Certificate in recognition of his significant contributions to society.

“My nomination was a complete surprise to me. It was in recognition of my contribution in the four criteria of drowning prevention, administration, training and sport,” says Dr Baker.

“I feel humbled to think someone has considered my efforts worthy of such a prestigious award.”

Dedicating much of his life to lifesaving, one of Dr Baker’s most notable achievements was establishing the Philippine Lifesaving Society during his time as President of the RLSS.

“I chose to take a small team into some regional and remote areas of the Philippines to facilitate training for 50 volunteers to commence work to reduce the drowning epidemic, which at the time was 20,000 people a year.”

Dr Baker, who is an expert in vocational learning in Australia, made the long haul from Queensland, Australia to Buckingham Palace to be congratulated by HRH Queen Elizabeth and the Duke of Edinburgh.

During his time studying Professional Studies by Public Works at Middlesex’s Institute for Work Based Learning from 2011 to 2013, Dr Baker also received the Order of Australia for services to life saving. He is now an associate member of staff at Middlesex University.

Learn more about Middlesex’s Institute of Work Based Learning