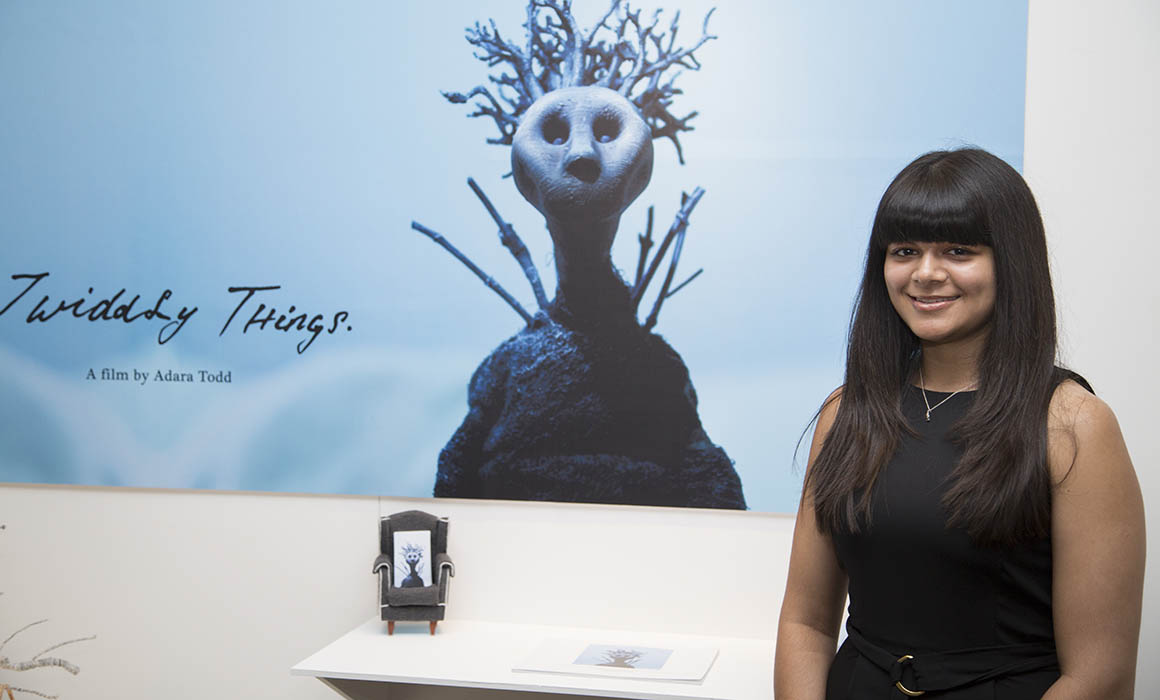 Adara Todd, BA Animation graduate, has been nominated for an Annie Award for her final year animated film Twiddly Things. Adara produced and directed the four minute film at Middlesex, using stop-motion animation techniques to tell the story of an elderly woman with Alzheimer’s disease. 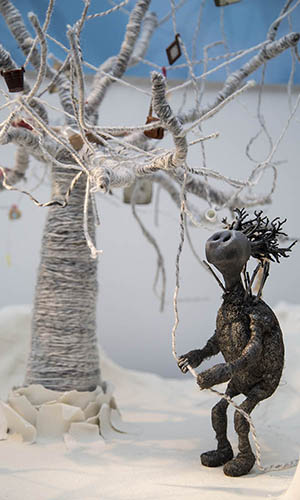 The Annie Awards are seen as the highest honour in the animation industry. Twiddly Things is one of only five films nominated in the category of Best Student Film this year.

The nomination is the latest in a series of successes for Adara -Twiddly Things won the WFTV Lifetime Shorts Competition in 2016, and was screened at festivals including the London International Film Festival and the Animateka Festival in Slovenia.

“I chose animation because my hobbies were writing stories and playing with Lego and making up scenarios, drawing, doing arts and crafts. I never thought they could be put together to be a career until I came to Middlesex,” Adara Todd, BA Animation graduate

Adara is very excited to be travelling to Los Angeles for the Annie Awards ceremony.

“The Annie Awards are like the Oscars for animation. Disney and Pixar and all those major studios will be there. It’s a big red carpet event with tuxedos and everything, and it’s amazing to be nominated,” she says.

“I feel really, really good because when I came to uni I had no plan of what I wanted to do in life but at Middlesex I figured out making films is what I love doing, and I’m good at it, the awards have told me that.”

At the end of February Twiddly Things will also be screened at the House of Commons for a group of MPs and influential members of the media.

Find out more about studying animation at Middlesex

Hear more about Adara’s experience on BA Animation in her interview from the MDX Art and Design Degree Show 2016 below.