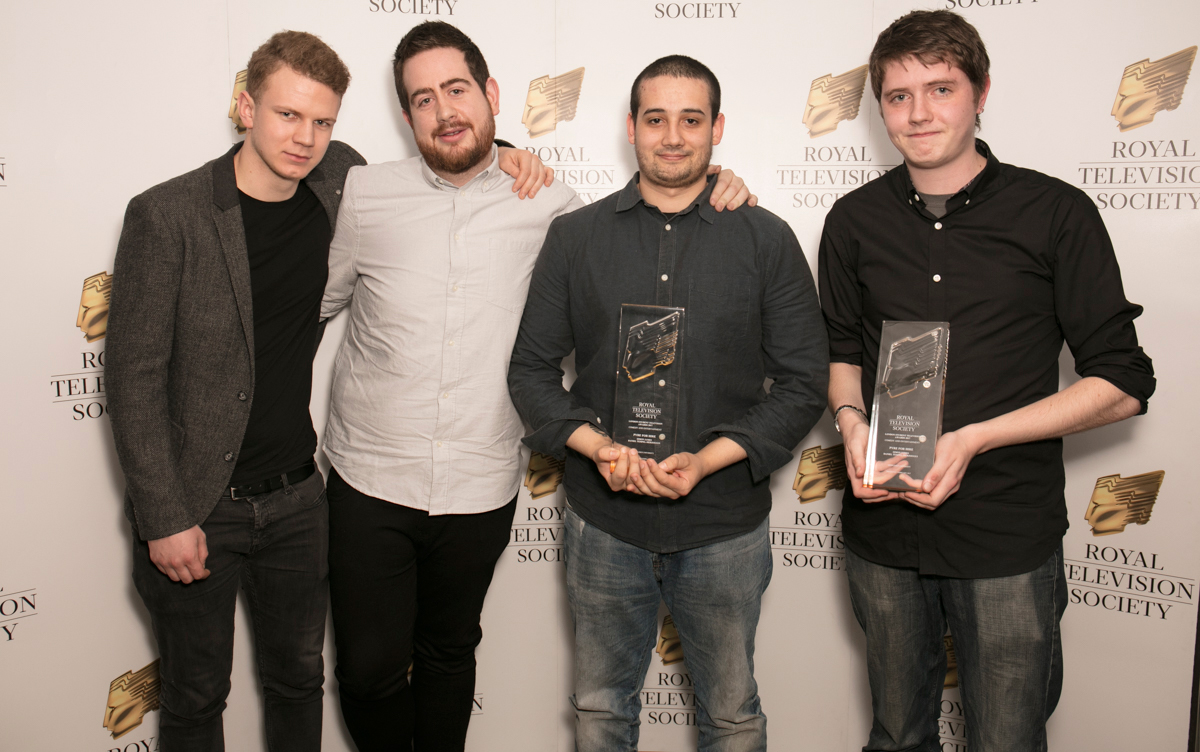 Middlesex film students with their awards for Best Comedy and Entertainment

The awards, which recognise the best in student television from across the region, were presented in five categories: Animation, Comedy and Entertainment, Factual, Drama, and Short Film.

"Winning the award was very unexpected but it's such an honour and it feels amazing," said Helene Iversby,  cinematographer of the film and TV production student at Middlesex University.

"The jury are all industry professionals and hearing them say our film is of broadcast quality is a huge compliment, and it confirms that we do have the skills the industry are looking for." Helene Iversby,  TV production graduate at Middlesex University.

The film was judged by industry experts as “an intimate insight into a world shattering event, told through the haunting recollections of a few well-chosen interviewees, all treated with great sensitivity”.

“This RTS Award is a huge tribute to the technical but also editorial skills of the team, taking such a harrowing story and making a very moving, intimate film from such tough material,” said Paul Kerr, Senior Lecturer in TV Production at Middlesex.

“It shows not only their craft skills but also their willingness to pursue an idea into difficult, emotional territory.”

Middlesex film students Simon James and Daniel Tempel-Merzougui achieved further success when their film ‘Pyre for Hire’, a black comedy focusing on the lives of two undertakers, was awarded Best Comedy and Entertainment. The second-year students picked-up the accolade for their film’s “confident conception and well-executed, highly entertaining result”.

“We are so very proud of the innovative work that these shortlisted and award-winning students have achieved,” said Helen Bendon, Director of Programmes for Cinema and Interactive Arts at Middlesex.

“We are particularly pleased that ‘Pyre for Hire’ won in the category of comedy which is so difficult for students to master. It is testimony to the dedication of the students and their production and scriptwriting tutors that they have developed so far in just two years of the programme.” 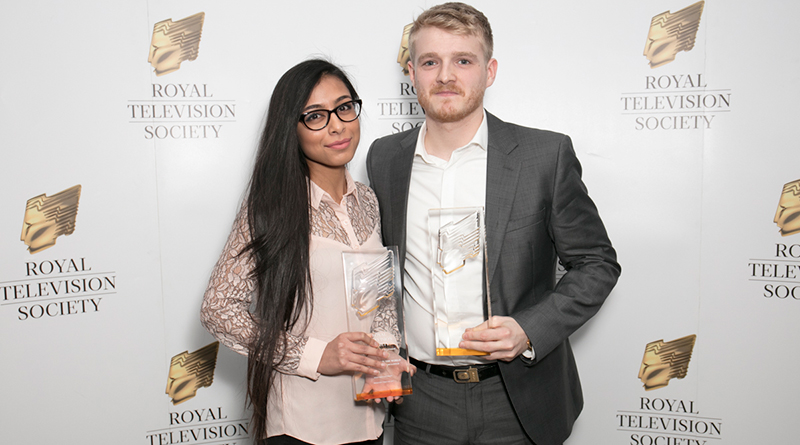 Having won Best Cinematography at last year’s awards and Best Drama in 2014, Middlesex University students are tasting success on a regular basis at the RTS awards.

"We had a great crew and they all did a really professional job. Our lecturers make BA Film so great at Middlesex, they are so supportive and help us realise our ambitions." Daniel Merzougui, Director of Pyre for Hire and current film student at Middlesex University

“Students are the future of our industry,” says Andrea Gauld, BBC Producer and Chair of the RTS London Student Awards 2017.

“The range and quality of many of the entries were equal, if not better, than a lot of what gets broadcast on our televisions every night and I offer huge congratulations to this year’s winners, nominees, and of course, to their tutors, whose help and guidance is immeasurable.”

The winners from the regional competitions will now go on to the National Student Television Awards, hosted this summer.