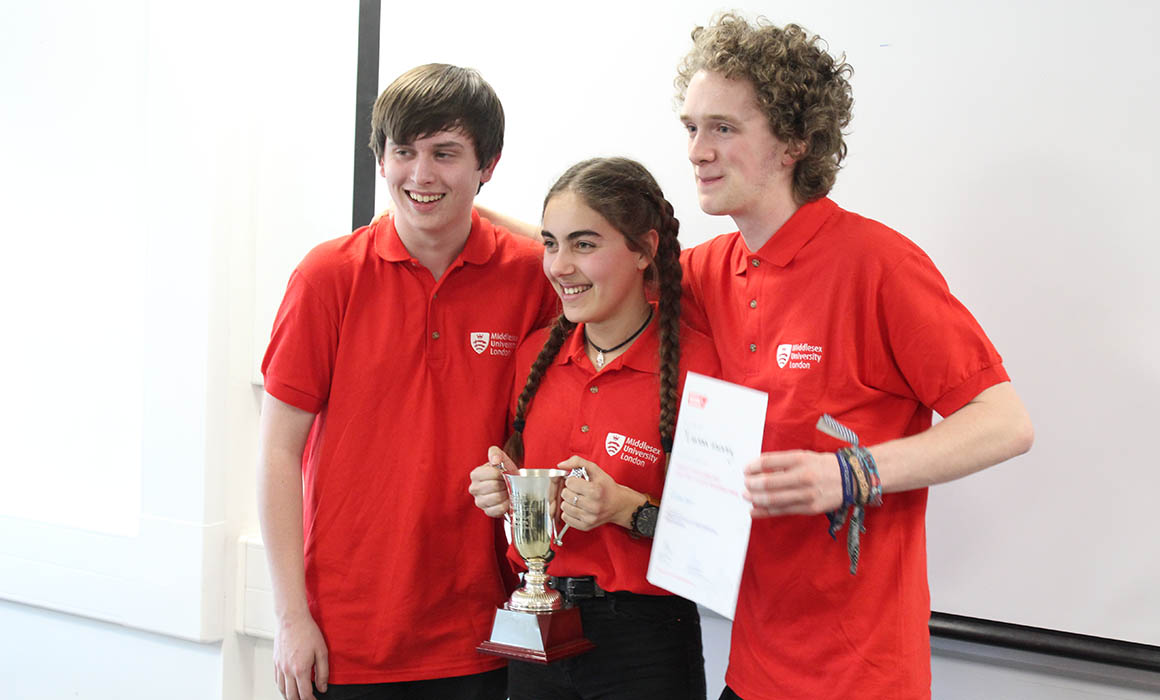 A team of first year design engineering students from Middlesex University have won first place in the Greater London regional final of the Institute of Mechanical Engineering’s 2017 Design Challenge.

After a nail-biting final, the Middlesex first year team were able to secure a resounding victory and walk away with the £500 cash prize. This is the third year in a row that Middlesex University have won this regional final.

Joana credits the problem-solving and team-building skills she has gained on her course – along with lots of hard work – for the team’s success.

“We had to build a robot that could drive forward until it touched a wall, then drove back to hit a target – the robots that came closest to hitting the target won the most points,” she says.

“We spent 80 hours working on the project so it’s very rewarding to have won such a massive competition.

“I love my course because it’s so much about real life.”

The regional champions will now progress to the national final of the Design Challenge in October where they will compete against the winners of the other regional finals. 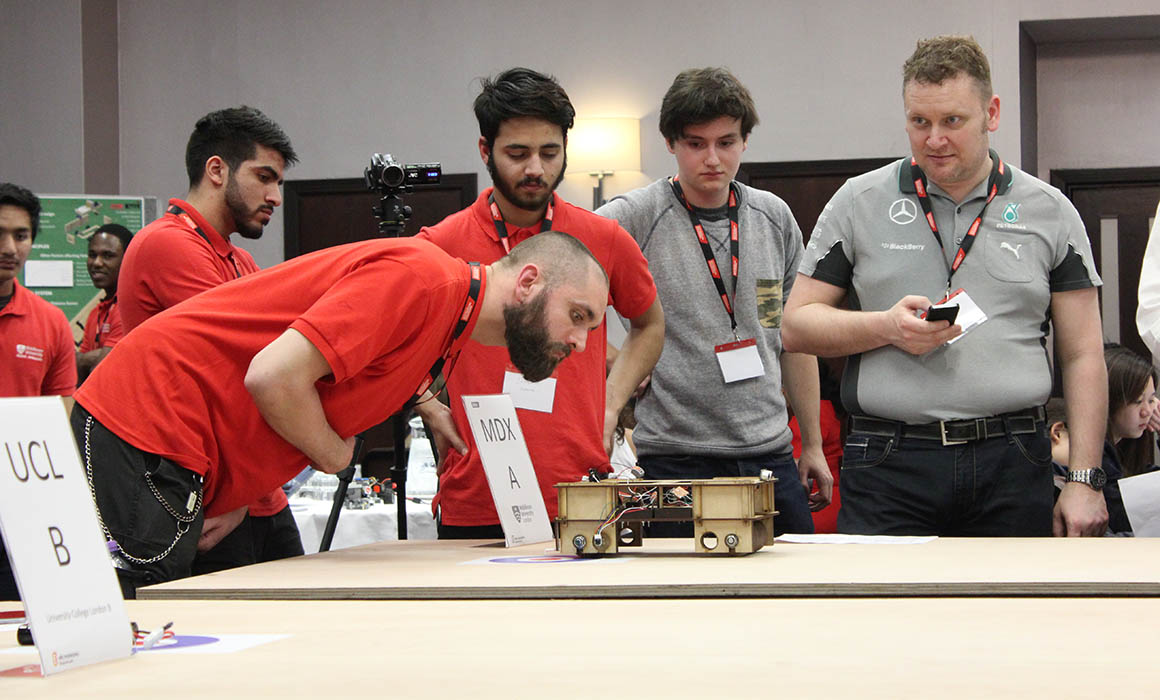 One of the second year teams preparing their robot to compete

Mehmet Karamanoglu, Head of Design Engineering and Maths at Middlesex, is very proud of the Middlesex teams.

“I am absolutely delighted with this year’s results. It’s a real boost to the end of the year for our hard-working students,” he says.

“The iMechE Design Challenge requires the application of engineering principles in a fun and engaging way that develops and motivates the students.

“This approach has been in place in our programmes for two decades and we see the positive impact of this very clearly.”