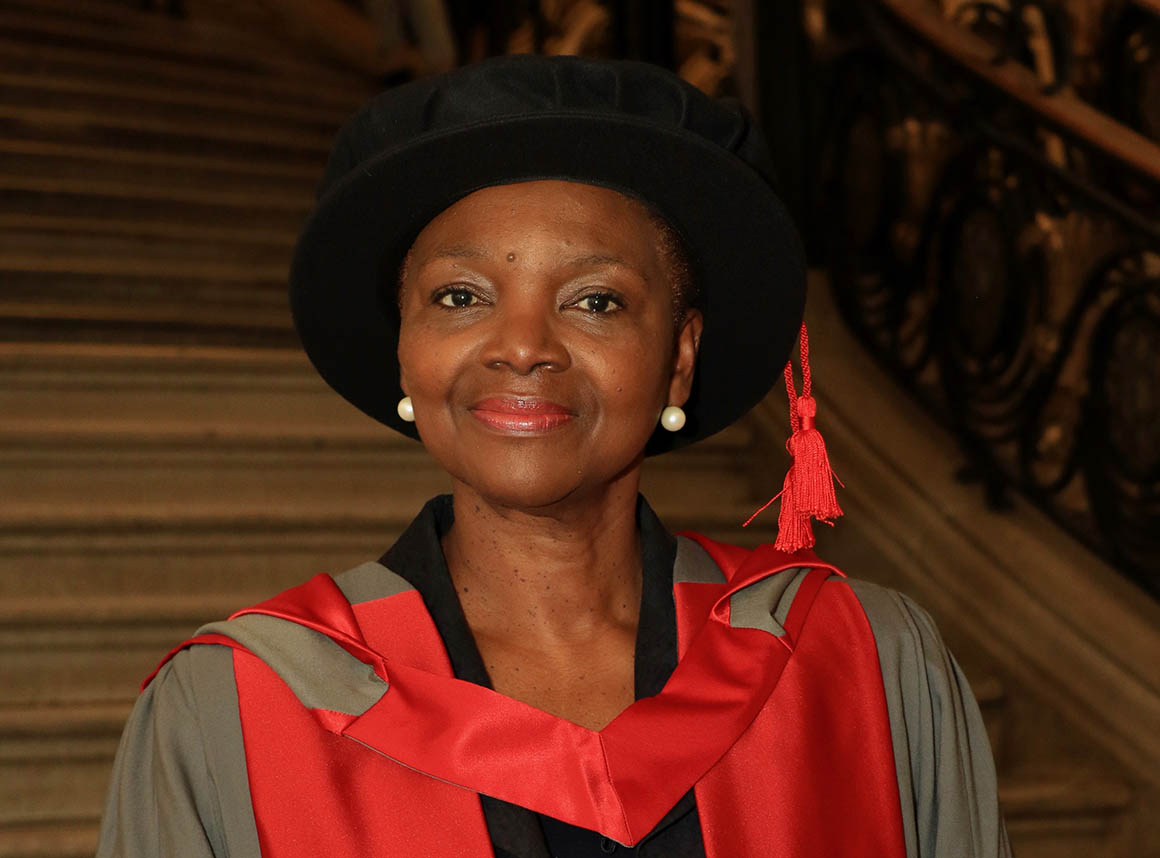 Baroness Valerie Amos CH has been awarded an honorary degree from Middlesex University at its first Winter Graduation at Central Hall, Westminster.

Earlier in her career, Baroness Amos was an adviser to the South African government on leadership, change, management and strategy issues between 1994 and 1998.

She was appointed a Labour Life Peer in 1997 and became a member of the Government in 1998, where she was a Foreign Office Minister, Secretary of State for International Development, Leader of the House of Lords and Lord President of the Council.

Baroness Amos also served as UK High Commissioner to Australia before joining the UN, and was made a Companion of Honour in June 2016.

From 2010, she served as Undersecretary General for Humanitarian Affairs and Emergency Relief Coordinator at the UN.

She has served in a number of roles in the public sector including as Chief Executive of the Equal Opportunities Commission, and joined SOAS as Director in September 2015.

“Our world feels as if it is at a crossroads,” she said.

“As the next generation of leaders, you have a crucial role to play.

“You can show that an outward-facing approach – one rooted in making connections across peoples and communities and which values diversity – works.”

“By awarding an honorary degree to outstanding people such as Baroness Amos, the University is recognising achievement at the highest level as well as dedication to public duty and making a difference to others’ lives.”