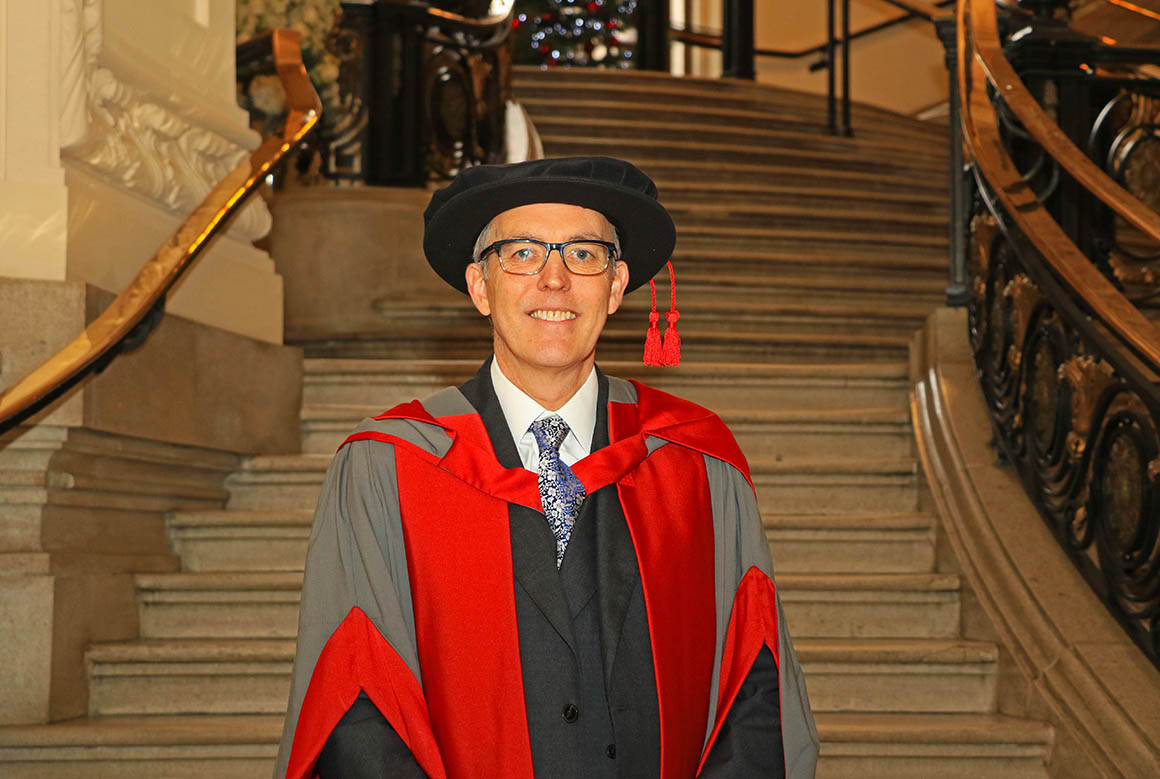 Professor Shanley's nursing career began in 1987 when he began working in mental health services, and he qualified as a mental health nurse in 1990.

Following his progression across all clinical nursing grades, he decided to develop his management skills, and spent seven years as Deputy Chief Executive and Chief Nurse at Hertfordshire Partnership University NHS Foundation Trust before being appointed to his current role.

In the 2016 New Year’s Honours list, Professor Shanley was recognised with an OBE for services to Mental Health and Learning Disabilities Nursing.

“I am so pleased to be awarded an honorary doctorate from Middlesex University,” he said at Central Hall earlier today.

“I feel very humbled and privileged to be recognised by such an important academic institution."

Professor Shanley was joined by nurses graduating in specialties ranging from adult to children and mental health nursing. He congratulated them on their successes.

“I am delighted for all the nursing graduates who have worked so hard to enter our profession because nursing is a wonderful career," he said.

“They will have faced some tremendous challenges over the course of their training - things that many members of the public will never experience. Their achievements are incredible.”

“By awarding an honorary degree to outstanding people such as Professor Shanley, the University is recognising achievement at the highest level as well as dedication to public duty and making a difference to others’ lives.”

Learn more about nursing at Middlesex