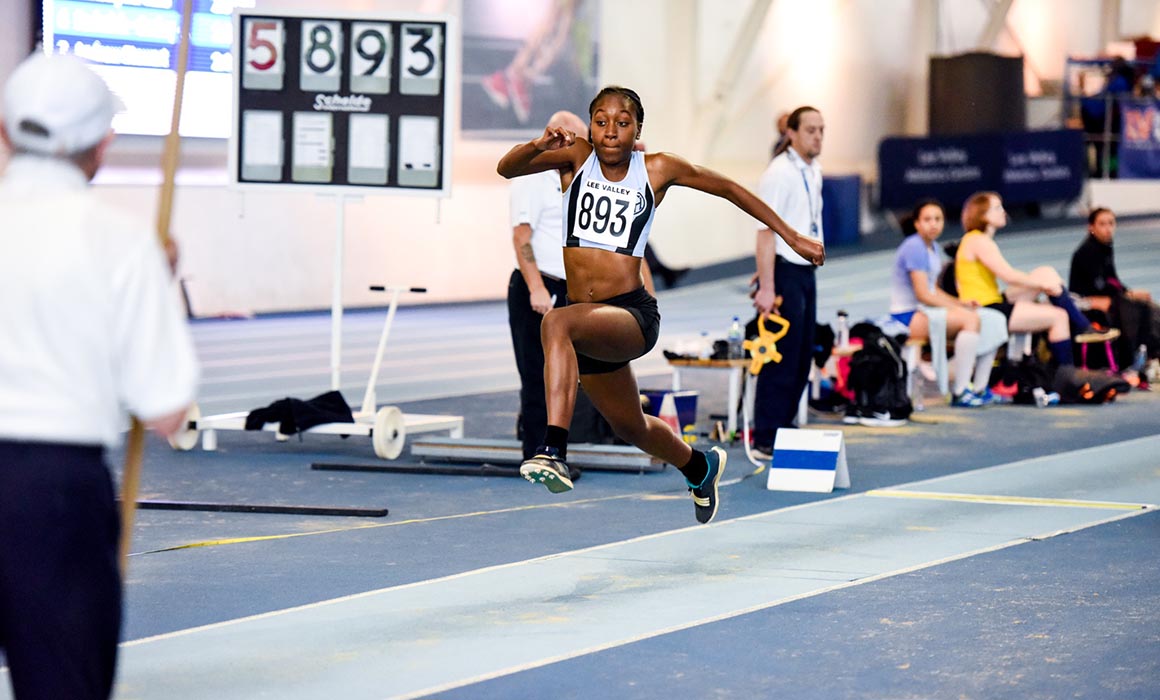 MSc Sport, Exercise and Physical Activity for Special Populations student Lia Stephenson has won a gold medal in the triple jump at the British Universities and Colleges Sport Nationals 2018.

Lia out-jumped the competition at the indoor event in Sheffield, also beating her own furthest distance this season with a phenomenal jump of 12.54 metres.

“It is a delight to have won gold for the University, especially as it is my last BUCS indoor competition,” Lia Stephenson, MSc Sport, Exercise and Physical Activity for Special Populations student

After training hard to overcome a lingering ankle injury, Lia is delighted with her performance and the resulting gold medal.

“I am overwhelmed with joy to be crowned BUCS indoor women’s triple jump 2018 champion,” she said.

“It is a delight to have won gold for the University, especially as it is my last BUCS indoor competition.”

Lia is grateful to Middlesex for the support she has received while studying, especially from Head of Sport and Recreation Mel Parker and his team. She was also awarded a Sports Scholarship, which has helped her pay for training and competition expenses.

“The athletics team came up to Sheffield to watch and support myself and other athletes compete. This made me want to succeed even more as I was encouraged by my team to do the best I could.”

Training for athletic competition while studying is never easy, but Lia says her course played a part in enhancing her performance too.

“It works hand-in-hand with my training, as I have been able to transfer the information acquired from theory into practice at training. For example, I have had lessons on adaption and burnout - as an athlete these components are key to understand and implement.”

Lia dreams of jumping even further and joining the British Olympic team in future.

“I hope to jump 13 metres, which will push me higher in the rankings. Currently I am ranked 8th in the UK and 2nd in the U23 women’s triple jump category.”