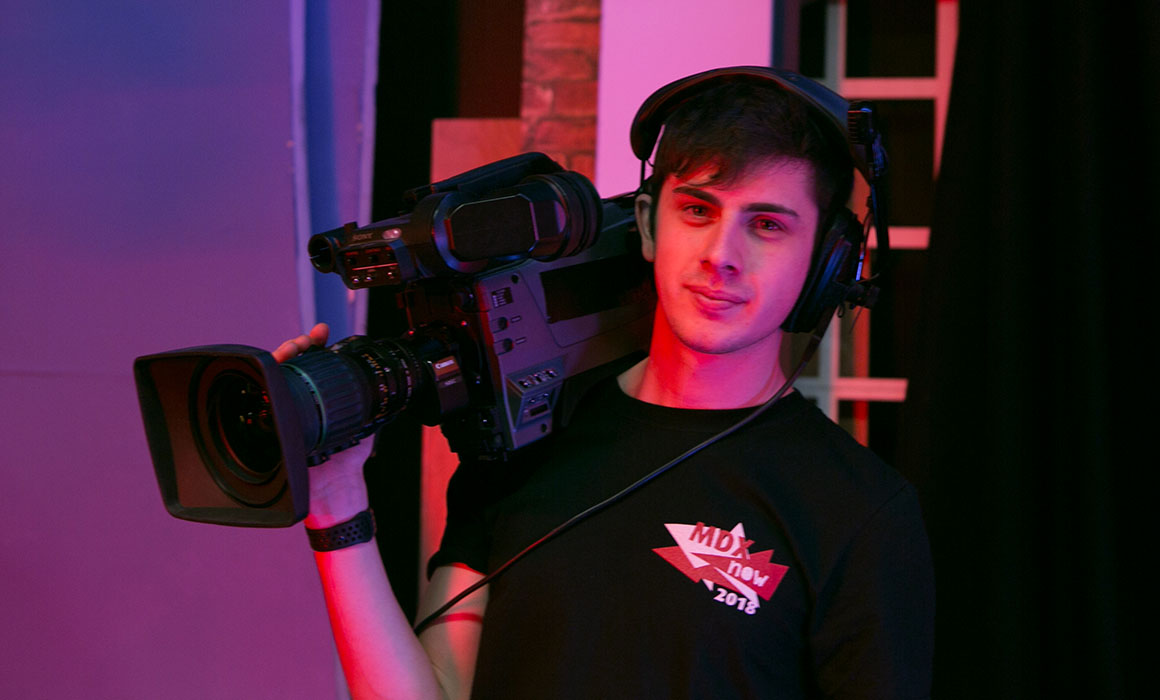 First-year students from BA Television Production at Middlesex University were recently invited to submit mini-documentaries about Hendon for a marketing campaign for leading property developer L&Q.

The students were asked to make 60 second films celebrating Middlesex’s local area as a great community and a vibrant place to live.

“I’m really pleased our students had the chance to be involved in this project, to help convey, in a creative way, some of the most interesting things about Hendon,” Tom McGorrian, Senior Lecturer in Television Production

Senior Lecturer in Television Production Tom McGorrian was really pleased his students had the opportunity to use what they’ve learnt so far on the course.

“The first-year production teams were able to put into practice the documentary-making skills they had acquired on their Location Filming module,” he said.

“It was also a great opportunity for our students to get hands-on video experience with a real-life client.”

Among the students who submitted films to L&Q was 19-year-old Federico Favretti – an international television production student from Italy. Federico’s film about local hair salon GinoCarl will feature as part of the campaign, along with a second film made with classmate Todd Norris, which features people saying what they love about the area.

Federico says the feedback from the L&Q media team gave him the chance to further develop his technique and judgement in a professional setting.

He praises the TV Production course, which has already taught him a lot about using lighting in his film projects.

“Middlesex has great facilities, a studio that has been designed by Sony, and great technicians giving us advice.”

Federico is excited that he gets to make six productions a year, and work on shows directed by second and third year students. He has just been a camera operator on MDX Now – a live chat show produced by BA Television Production students from all three years.

In five or ten years he would like to be a director, “but not the kind that sits on a chair and calls the shots. My dream is to develop technical solutions to shoot live events in a different and innovative way.”

Find out more about studying television production at Middlesex