Space Plague, from the team behind SMASHFest, goes down a storm at Bradford Science Festival

"A fantastic event...the excitement of the children was so clear!" — volunteer on Middlesex and Greenwich University-led co-designed project 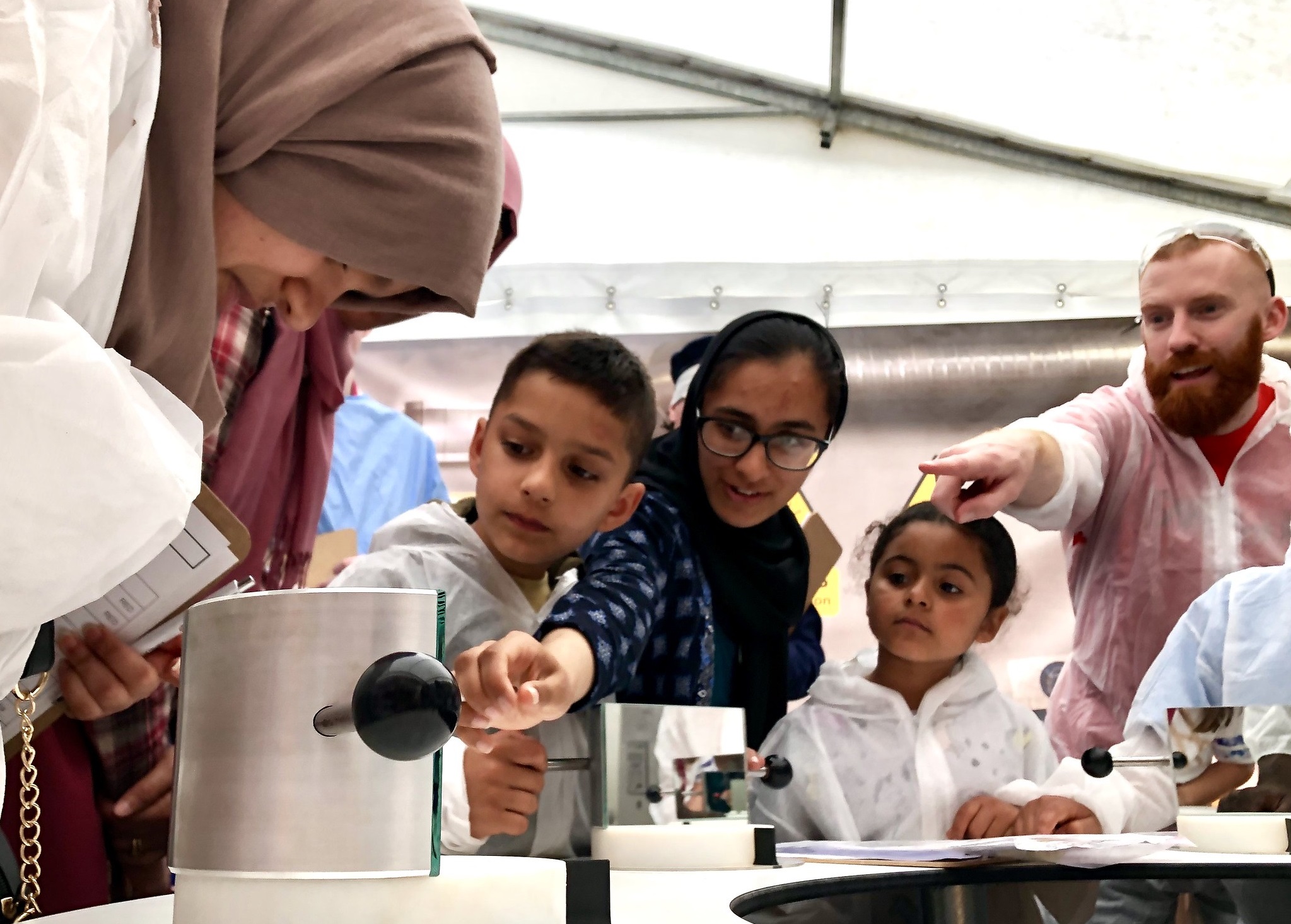 A team of MDX students and lecturers helped bring a pilot immersive disaster narrative experience, aimed at inspiring children about science and creativity, to this month's Bradford Science Festival.

Space Plague has a storyline involving the discovery, diagnosis of and attempts to contain a mystery space illness. The series of activities was brought to life in City Park, next to Bradford City Hall, by professional actors and by scientists and engineers, who got participants aged 7-12 fully involved in the narrative. 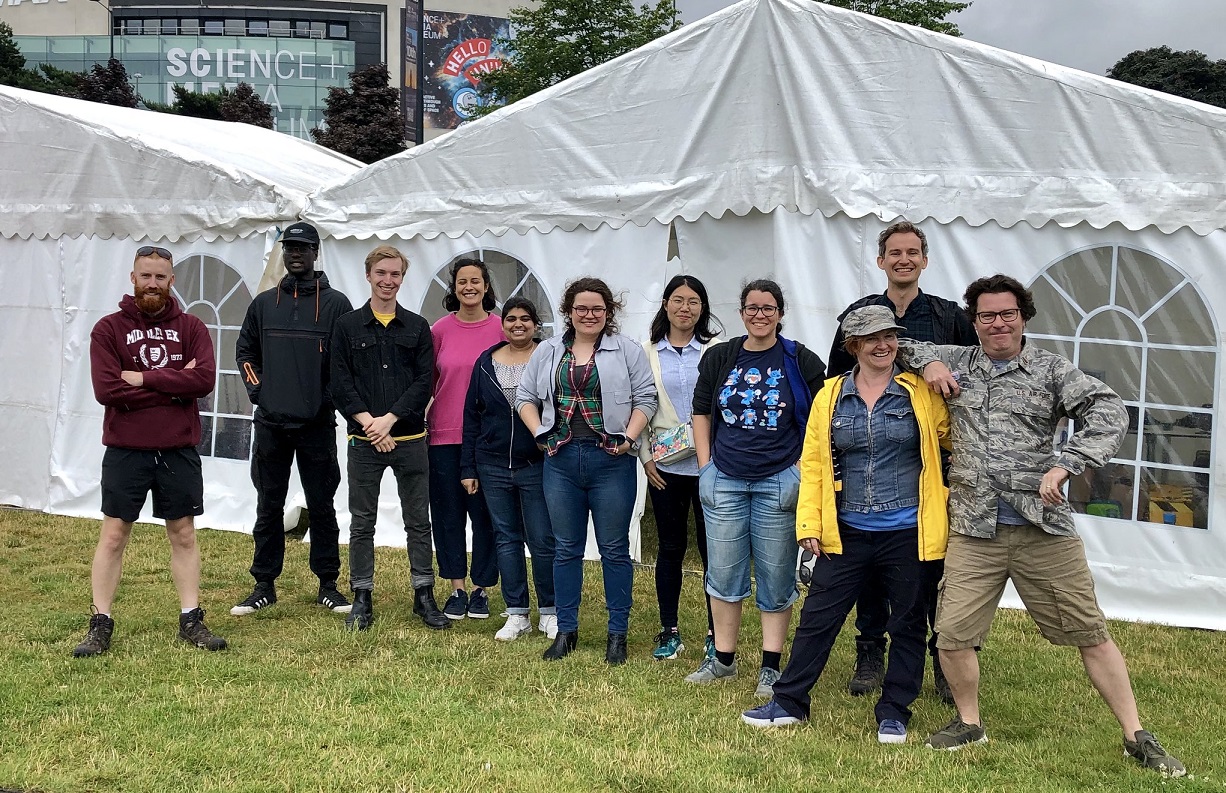 Space Plague is a co-designed experience aimed at communities underserved by STEM and arts (STEAM) informal education and underrepresented in STEAM education and careers. It is a new concept from multi award-winning MDX and Greenwich University collaboration SMASHFest, and has been awarded funded by the Science and Technology Facilities Council Nucleus Award, the Royal Academy of Engineering INGENIOUS awards and the British Science Association. The Rutherford Appleton Labs, the Structural Genomics Consortium at the University of Oxford, the British Ecological Society and the National Science and Media Museum are all involved as partners. 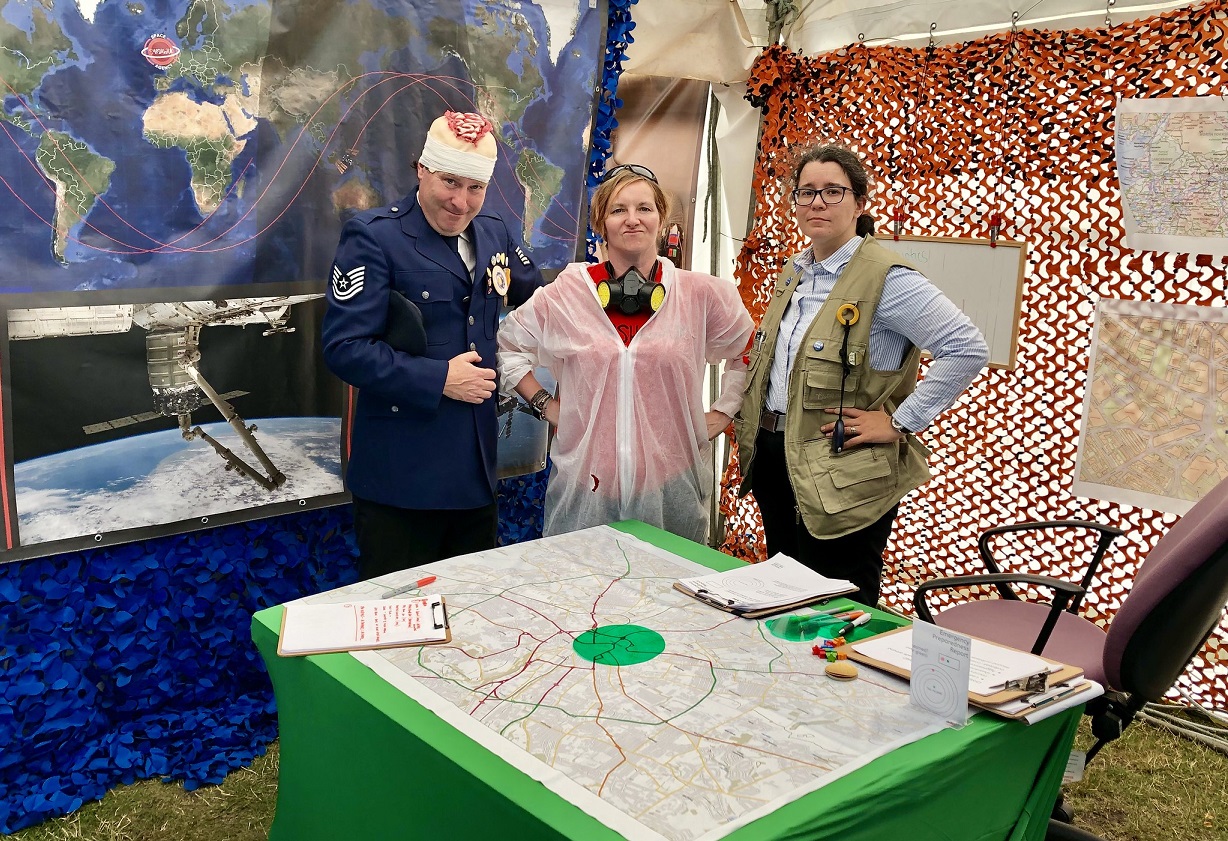 The development of Space Plague to date has involved a workshop with 60 Year 5 pupils, six teachers and 11 students or recent graduates at Haberdashers Aske's Temple Grove Free School in Lewisham. The project will run in Deptford in February 2020 and at next year's Bradford Science Festival, with ongoing co-design, co-production and co-delivery cycles throughout the process.

Ellie Williams of the Structured Genomics Consortium, who volunteered in Bradford said: "The Space Plague programme was very popular, it felt like we were always busy and the kids seemed to really enjoy it as they went through.

"The idea with Space Plague was to show the diverse range of science knowledge that is needed for dealing with a crisis situation and in turn demonstrate that getting involved in science is more than just sitting in a lab wearing goggles. This activity also put the kids into the position of doing the science themselves, of really immersing them in the experience – this focuses on the idea that not only do we want kids to think science is fun but that it is also something that they could actually see themselves doing in the future". 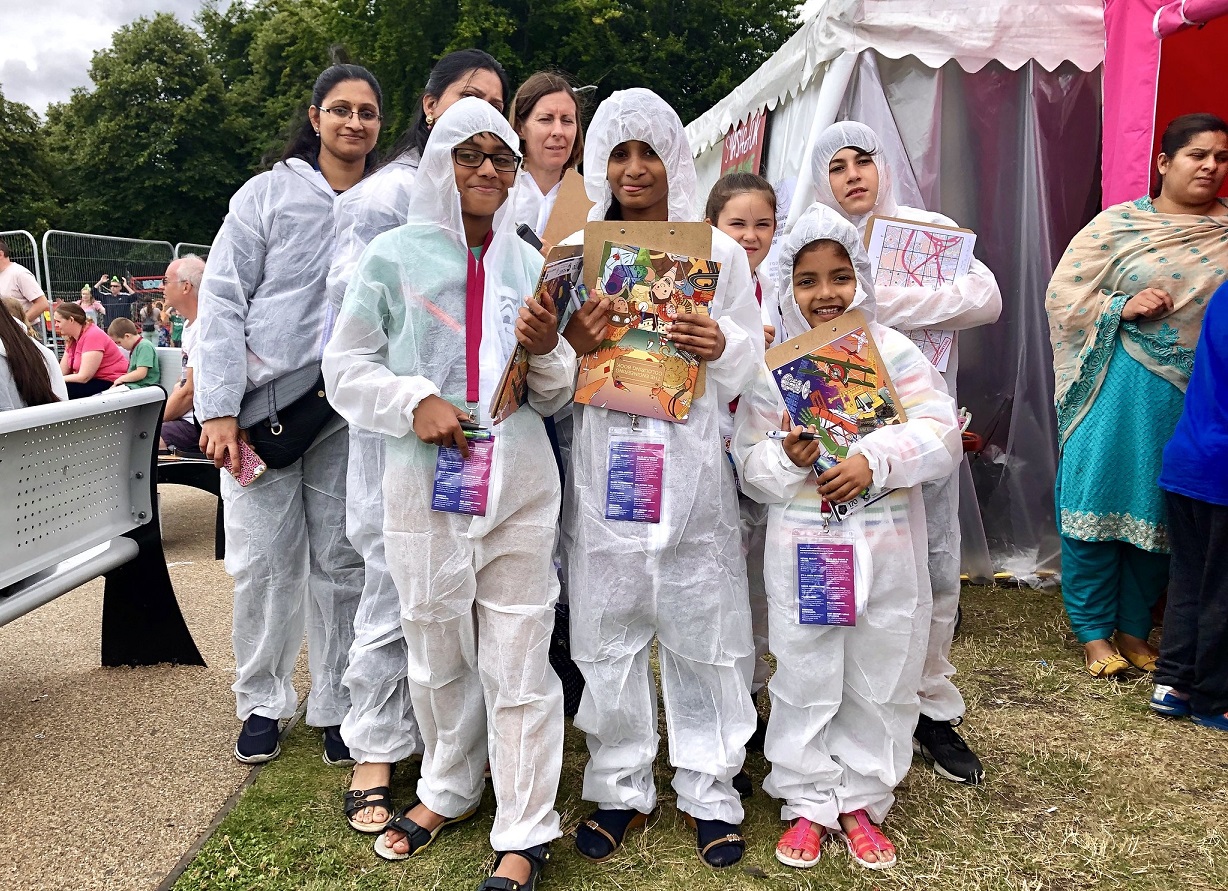 Chris Jeffs from the British Ecological Society, also taking part as a volunteer said, "Bradford Science Festival was a fantastic event, showing how from ecology to engineering, scientists can work together to tackle some of the greatest global issues facing society."

"I loved getting stuck into the acting for the Space Plague experience. The excitement of the children was so clear as they became real scientists for the day!"

Bradford Science Festival ran from 18th-21st July at five locations across Bradford City Centre. Attractions were on themes including space travel and chemistry, marking this year's anniversaries of the Apollo 11 moon landing and the Periodic Table.