Aspiring engineers hope to replicate 2016 Design Challenge success, while lab technicians vie for the chance to compete in Russia 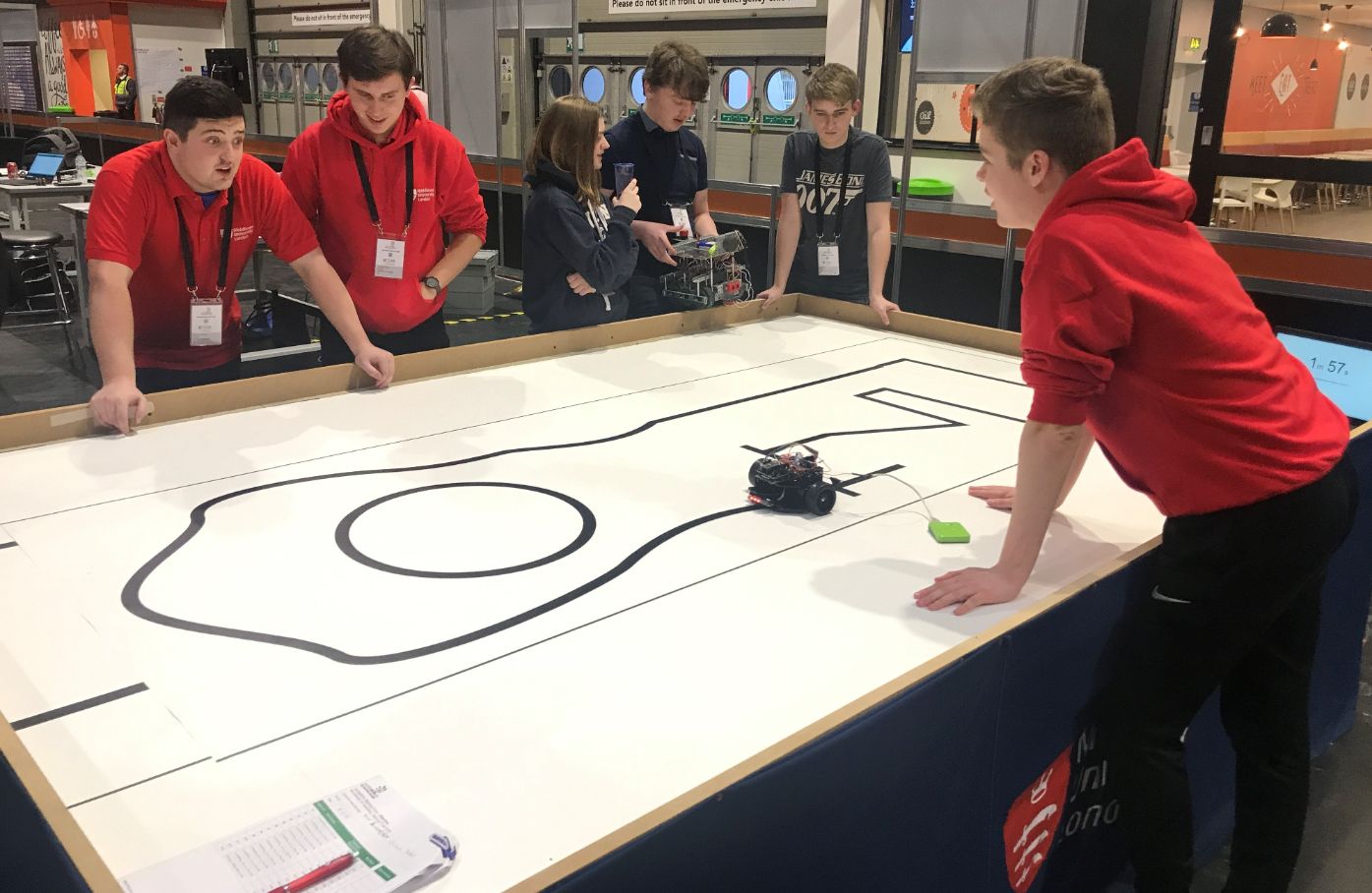 Over the next month, Middlesex University London is proud to be hosting two prestigious skills competitions.

The aim of the Design Challenge is to connect engineering students to their discipline in a practical way, by requiring them to design, build, run and present a device meeting strict technical specifications and within budget.

The 2019 Challenge for Year 1 students is to create a device that will climb up the outside of a 15mm copper pipe lifting a chain and go back down again, in the shortest time possible. Year 2 students are tasked with making a similar object that can stop halfway on its journey up or down the pipe.

Competing teams are judged not only on the effectiveness of their device, but on their communication skills: a technical poster they have produced about the design, and a verbal presentation to the judging panel. The winning team goes through to a national final at the Institution's headquarters in Birdcage Walk later in the year.

A team of first year MDX Mechatronics students won the national Design Challenge in 2016, when the task was to create a miniature version of a Line Launcher, a device which fires a rope from one ship to another at sea. At MDX, participation in the competition is embedded in the curriculum and all design engineering students are encouraged to enter.

Dr Aleksander Zivanovic, Technical Tutor for the BEng and MEng Mechatronics degrees said: “The competition requires our students to follow the complete design engineering process, from conception through design and implementation to operation. The experience stands them in good stead as they develop their design engineering careers.”

Trials for the Floristry, Cybersecurity and Cloud Computing competitions will be held in the Quad and the Ritterman Building, and for an exhibition Chemistry Laboratory Technician competition, which Middlesex has piloted at a UK level, in Hatchcroft. Three Middlesex students will compete for a place in the national team in the Lab Technician event.

Team UK members are trained to "put them in the mindset of a gold medallist" by coaches including GB volleyball player Peter Bakare, explains Kate Moloughney from WorldSkills UK. The event in Kazan will be opened by Russian President Vladimir Putin at a ceremony in Kazan Arena in front of a crowd of 45,000. The main competition venue is the Kazan Expo International Exhibition Centre which opened last year.

Middlesex has a longstanding involvement as a competition organiser and exhibitor at WorldSkills UK, held annually at the National Exhibition Centre in November.

Members of the public will be welcomed to watch the trials at MDX, which will also feature selected international competitors.

Head of the Department of Natural Sciences at MDX Dr Celia Bell, who is organising the WorldSkills team selection event, said: "As a University we are delighted and proud of our long partnership with WorldSkills UK in working to improve the prestige of apprenticeships and technical education. With WorldSkills UK we aim to motivate and support talented people to develop and demonstrate their skills in a range of arenas and to become ambassadors for UK talent in a national and international arena.

"The team selection events being held at the University are the chance for the winners of the national competitions to showcase the invaluable training they have received from world-class experts to boost participant skills, confidence and performance.

"We are really excited to be welcoming the inspirational competitors and wish them success as they compete for their place on Team UK."