MDX ‘one of the best universities for student entrepreneurs’

One in seven former Middlesex University students manage or own a business, based on new research 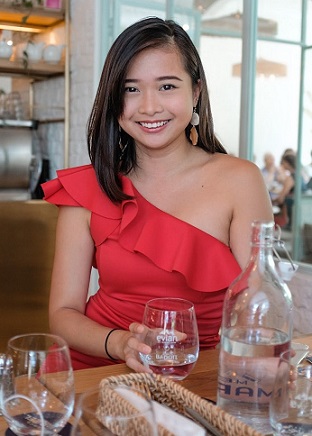 Middlesex University is one of the best universities in the UK for graduates looking to start or manage a business.

That’s according to independent research from Hitachi Capital Invoice Finance which analysed the jobs of former university students.

MDX ranks 7th best of 121 universities with almost one in seven (13.51%) of its alumni managing or owning a business, the study found.

One key reason for Middlesex’s success has been the Enterprise Development Hub which has provided mentoring and support to thousands of entrepreneurial under graduates and masters students.

Dr Simon Best, Programme Leader Msc Innovation Management and Entrepreneurship,  who runs the Enterprise Development Hub, said he is helping around 600 students every year and working with roughly 75 businesses who are happy to share their knowledge.

Unlike similar enterprise schemes, Dr Best said that his focus is on “building the character” of the students.

He said: “You can sit down and write the most amazing business plan which demonstrates viability but if the person involved doesn’t have the maturity and ability to make it happen then it’s not going to happen.

“So we focus on those two things, ability and maturity.

“The businesses that we know of which have started up have had quite substantial success and range across every imaginable spectrum.”

Thursday mentoring sessions where students debate each other’s business idea can be a harsh reality check but help to develop character, according to Dr Best.

"Middlesex University has launched me into a career I never thought was possible. The guidance, mentorship and support that I received has shaped me into a better entrepreneur." Grace Yeo (pictured above) business owner and former MDX student.

He said: “This is a good indicator of your maturity and your ability to run a business because your peers are sitting here ripping your ideas to shreds, literally.

“I would argue that if there’s not blood on the floor, metaphorically, after one of these mentoring sessions then we have wasted our time.

“It is a very tough environment in here.”

One of the many former students who flourished after the mentoring sessions is Grace Yeo, who has launched her sustainable dress rental business Raikii in Singapore after graduating with a BA in Advertising, PR and Media.

She said: “Middlesex University has launched me into a career I never thought was possible.

“The guidance, mentorship and support that I received has shaped me into a better entrepreneur.

“During my time at MDX, I took part in an accelerator program, start-up competition in Croatia, was mentored by Simon Best from EDH and launched a crowdfunding campaign on MDXcrowdfund to kick-start my sustainable dress rental business, Raikii, in Singapore; all of these has contributed greatly to my personal growth.

“Raikii aims to spread awareness on the negative impacts of fast fashion and encourage people to be more ethical consumers.”

Grace, a former model, was the first runner up in the MDXcelerator Spring Sprint business support programme pilot, run by the MDXworks employment hub, which offered students who express an interest in starting a business or in self-employment a pathway towards a successful launch. 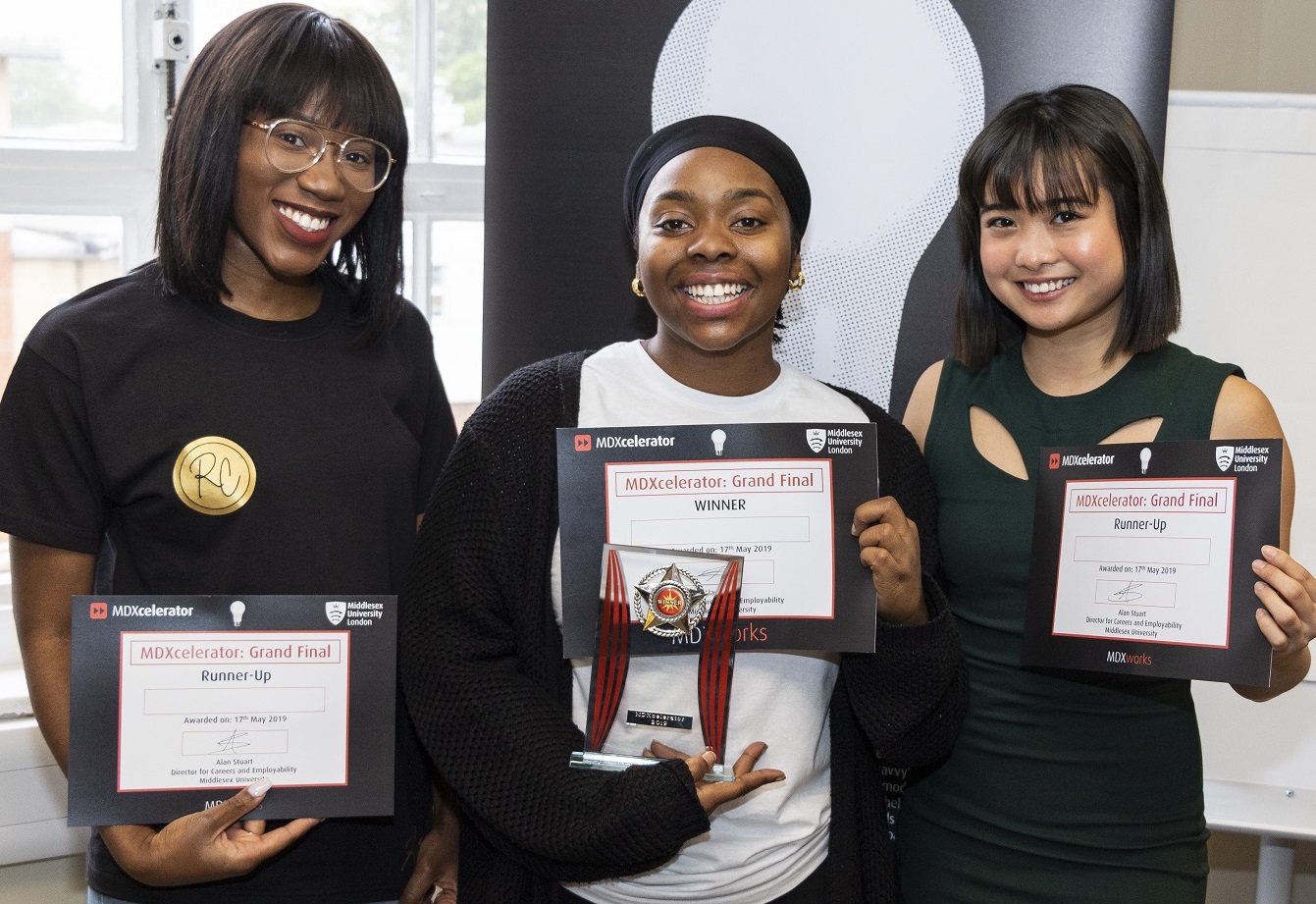 In third place was Rianna Ellington with RiCreated, a bespoke clothing business, enabling customers to have casualware designed and tailored to their individual style.

Another shining example of business success to emerge from Middlesex University is Marc Dean and Reni Dimitrova who set up their own company Remarcable after meeting on an interior architecture and design course at MDX.

Remarcable Design, based in Putney, South West London, is an Interior Design Consultancy that specialises in designs focused around the wellbeing of the user.

Marc praised the “very informal” teaching style at Middlesex University and after previously designing commercial interiors for 16 years he explained that it filled the gaps between “what I knew and needed to know”.

As a Middlesex student, Reni said you are encouraged “to be yourself, create something that's in yourself already [and] trust your instincts”. 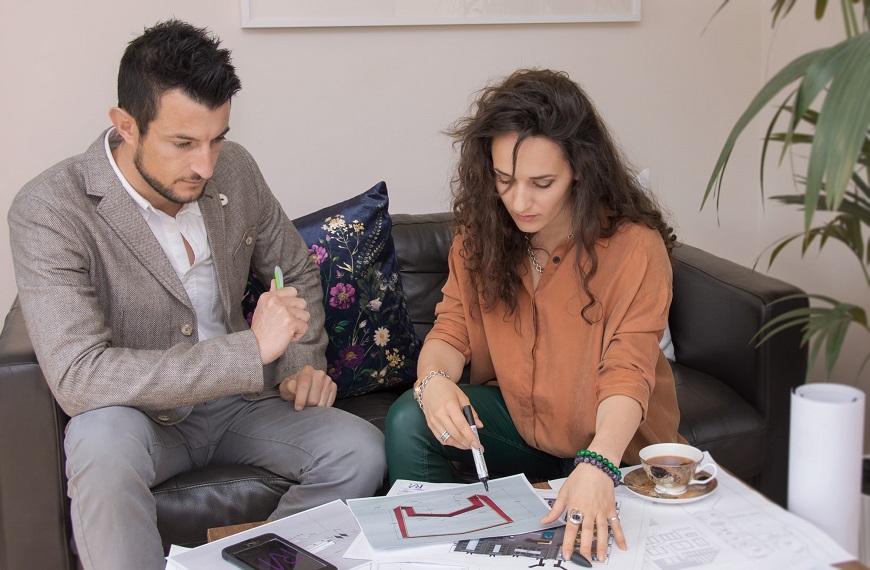 Middlesex does not just have a pedigree for helping entrepreneurial students.

It offers a successful online doctorate programme that has attracted business people from all over the world looking to further their knowledge and skills.

Ifan Shepherd, the Programme Leader for the DBA (Doctor of Business Administration) and DProf (Doctor of Professional Studies), said these qualifications  were helping students become “captains of their industry”.

He said: “The professional doctorate programmes (DBA and DProf) run by the Business School broaden the university’s appeal to include students who are already working in senior positions within businesses and now want to achieve a doctoral qualification based on their leadership of significant change within those organisations.

“Their research is undertaken in part-time mode over three years and its impact on their organisation can begin as early as the first couple of months of their project.

“Our current professional doctorate students range from those with senior management responsibility within international companies (eg DHL, William Hill), change agents operating for the NHS, ICT innovators in the banking sector (eg Turkey) and students working in a range of small and medium sized enterprises.

“Our students are located across the world from the USA to the Middle East and use a variety of online communication technologies to interact with their course tutors and among themselves.”

The top university for starting and running a business was the University of the Arts London, based on the Hitachi study.

It analysed the job titles of former students from each of the 121 universities related to owning and starting a business and high managerial positions using information from LinkedIn.