The event was held a day before the 75th anniversary of the liberation of Nazi concentration camp Auschwitz-Birkenau. 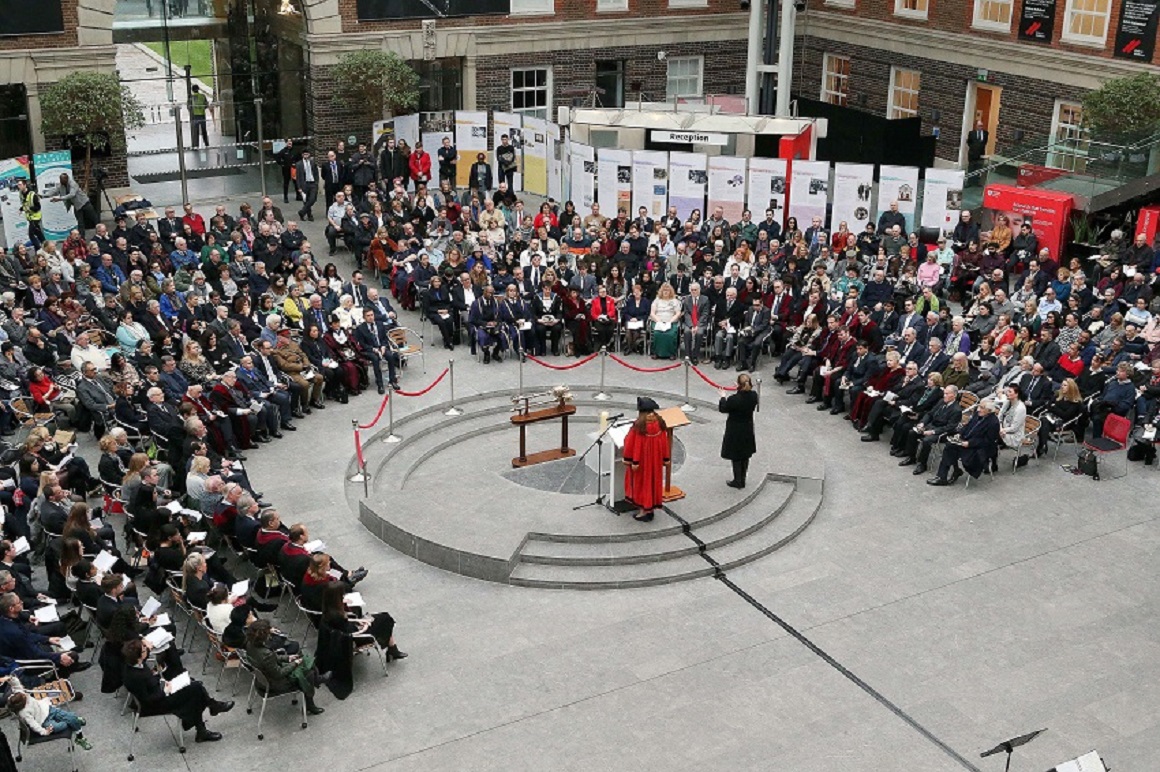 Around 500 people remembered Holocaust and genocide victims in an inspiring event at Middlesex University on Sunday.

The Holocaust Memorial, organised by Barnet Council, was held to remember the more than six million Jewish people killed during the Second World War.

It was staged a day before the 75th anniversary of the liberation of the Auschwitz-Birkenau concentration camp, where more than one million Jewish people were killed.

Victims of other atrocities including the Bosnian war were also in the thoughts of the hundreds of people who packed out the Quad to listen to guest speakers and music groups.

"We are now so grateful that we live in a country where we live with our Jewish pride, we celebrate our important days in our calendar and we live side by side with people of all faiths and beliefs." Rachel Landau, Vice-President of the Jewish Society.

The MDX memorial, which had the theme “Stand Together”, was particularly poignant as the borough of Barnet has the UK's largest Jewish population with around 54,000 residents according to the 2011 Census.

One Middlesex University staff member, who has Jewish heritage, described it as a “powerful” memorial which moved some people in the audience to tears.

Rachel Landau, (pictured below) a second year MDX undergraduate student, who is Vice-President of the Jewish Society, gave a heartfelt speech recalling how her family were forced to flee Germany to England.

She said: “My great grandfather was in synagogue praying on a Friday night when the Nazis came in to the synagogue and beat him up.

“My grandfather witnessed this frightening event. 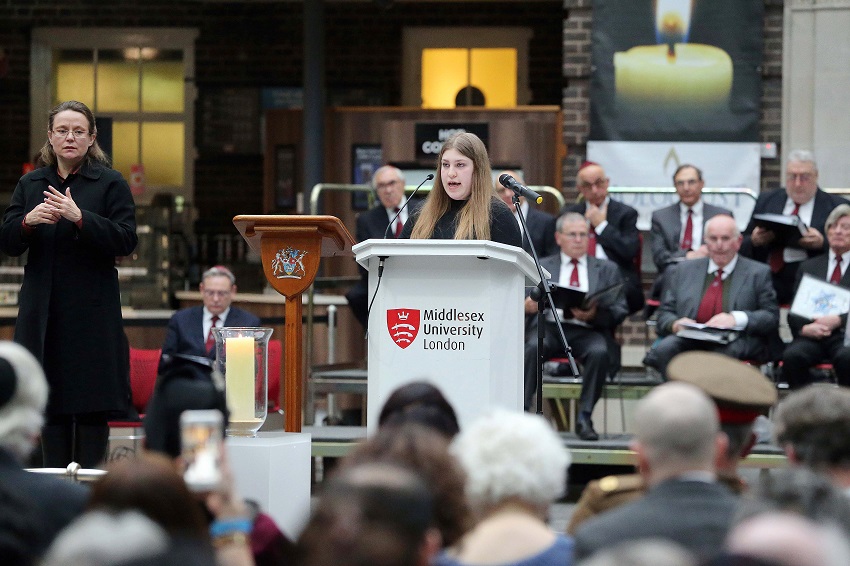 “My great grandfather realised that that it was no longer safe for him and his family to remain in Berlin.

“In 1939 my grandfather, aged 15, his brother, aged 8 and together with their parents were fortunate enough to escape to London shortly before the 2nd World War started.

"Sadly, most of my grandfather’s relatives perished in the Holocaust."

She concluded: “We are privileged to be here in the present and we look forward to even better things in the future.

“Whilst in the past there were periods of history where we had to hide our beliefs and protect ourselves from persecution, we are now so grateful that we live in a country where we live with our Jewish pride, we celebrate our important days in our calendar and we live side by side with people of all faiths and beliefs.

“As a Jewish Society, integrated within British Society, we have so much to achieve and share. On this note, I would like to pay tribute and express my deep appreciation to Middlesex University, to Barnet Council and to all those who contribute in making the society that we live in, so unique.” 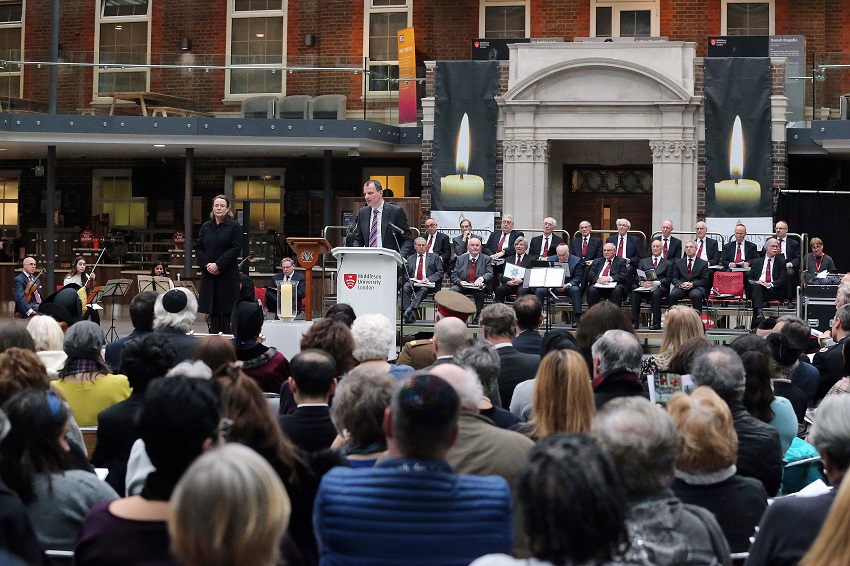 The event featured music from the Barnet Band, the London Cantorial Singers, the Alyth Youth Choir and the Youth Music Centre.

James Kennedy, Interim Vice-Chancellor of Middlesex University who also spoke at the memorial, said: “We are also here to ensure that we do not forget, this is something that we owe to the future.

“In remembering, we remind our world of the need for dialogue, for respecting difference, for championing inclusion, for creating a shared sense of belonging, and for shared understanding.

"These are the foundations for humanity.

“At Middlesex we believe that celebrating and learning from diversity is not only a strength but a critical part of being a strong and caring society.”

Find out more about the MDX Student Union Jewish Society.