"I’ve loved every moment and there is so much joy in it all. Everyone is so open and ready to learn” – third year Cheniece 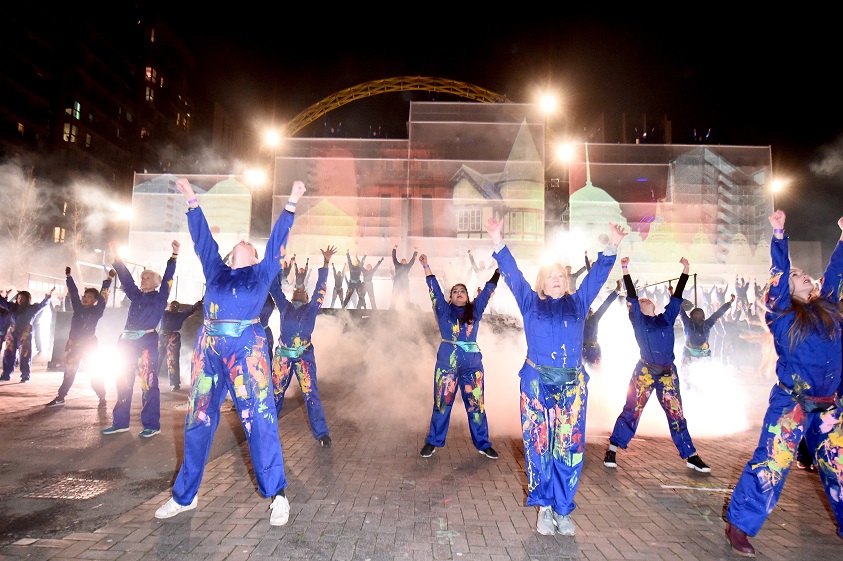 Twenty-eight MDX Dance students starred on Saturday 18th January in RISE – an outdoor mass participation dance performance against the backdrop of Wembley Stadium, to celebrate the launch of Brent’s year as London Borough of Culture.

Alongside professional dancers, the students helped lead groups of more than 300 local people from schools, dance clubs and community groups across Brent in the performance.

RISE took place on a five-storey stage on Olympic Way on the approach to the stadium, illuminated by projections and set to a rousing soundtrack. It told the story of the borough’s heritage, development and radical spirit, with dance sections on themes including reggae, football and the Grunwick Strike. The show closed with a live performance by Brent-born artist General Levy, followed by an afterparty at Boxpark Wembley. 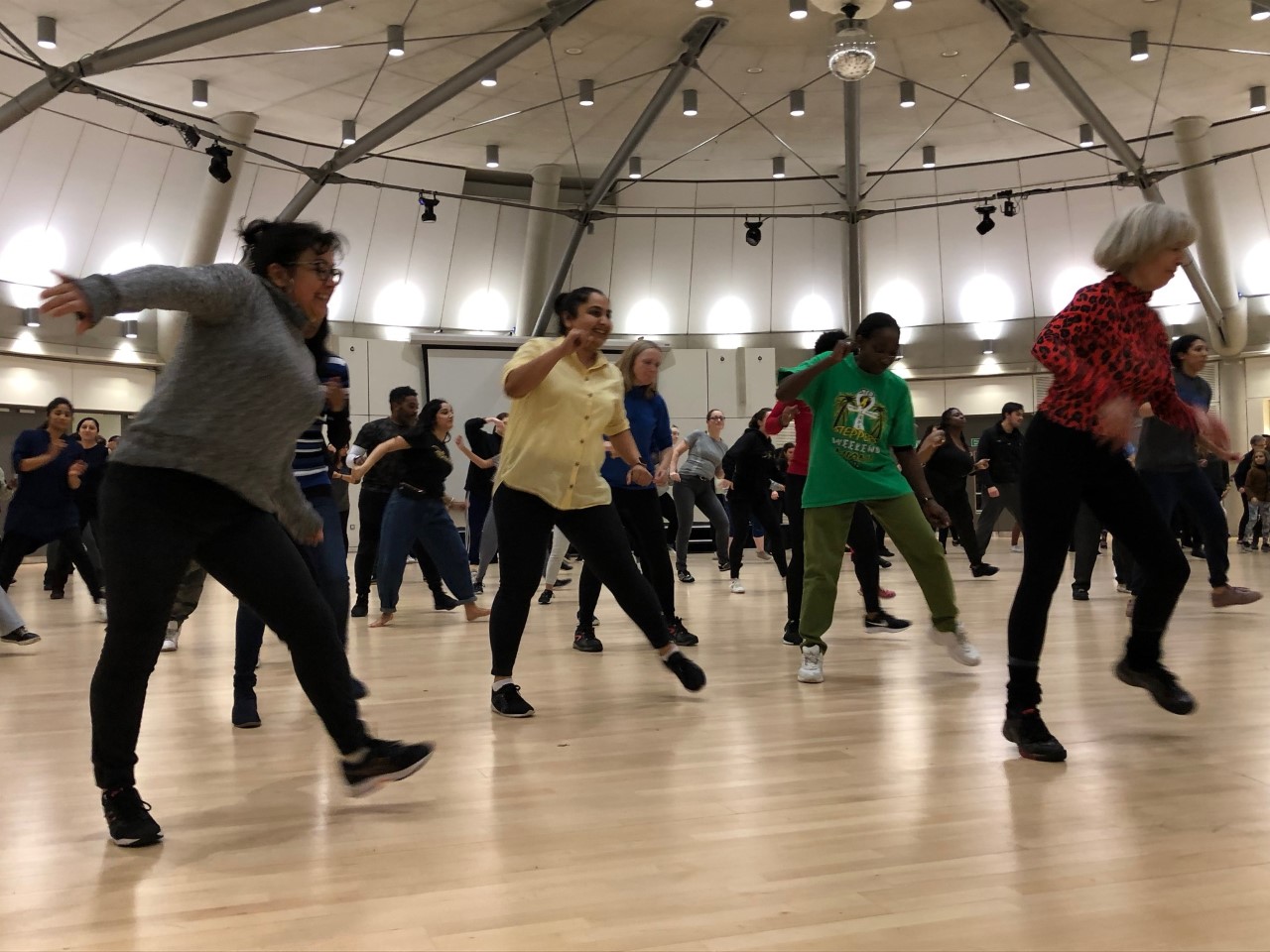 Production company Southpaw Dance Company approached MDX last November on the basis of the university’s dance outreach performances at the RAF Museum in Colindale, and artistic director Robby Graham came to give a presentation to drum up interest among second and third year students. Rehearsals for the students took place initially on the campus and over the past week have brought student and community dancers together in Wembley.

Third-year student Cheniece Warner says the MDX dancers “have really enjoyed the overall process of the show and play a key part”.

“It’s been an opportunity for us to experience and learn about the process of community dance/art productions, which fits into out degree well” she says. “During the intensive rehearsals, we were given the chance to assist in the looking after and guiding of community groups too". 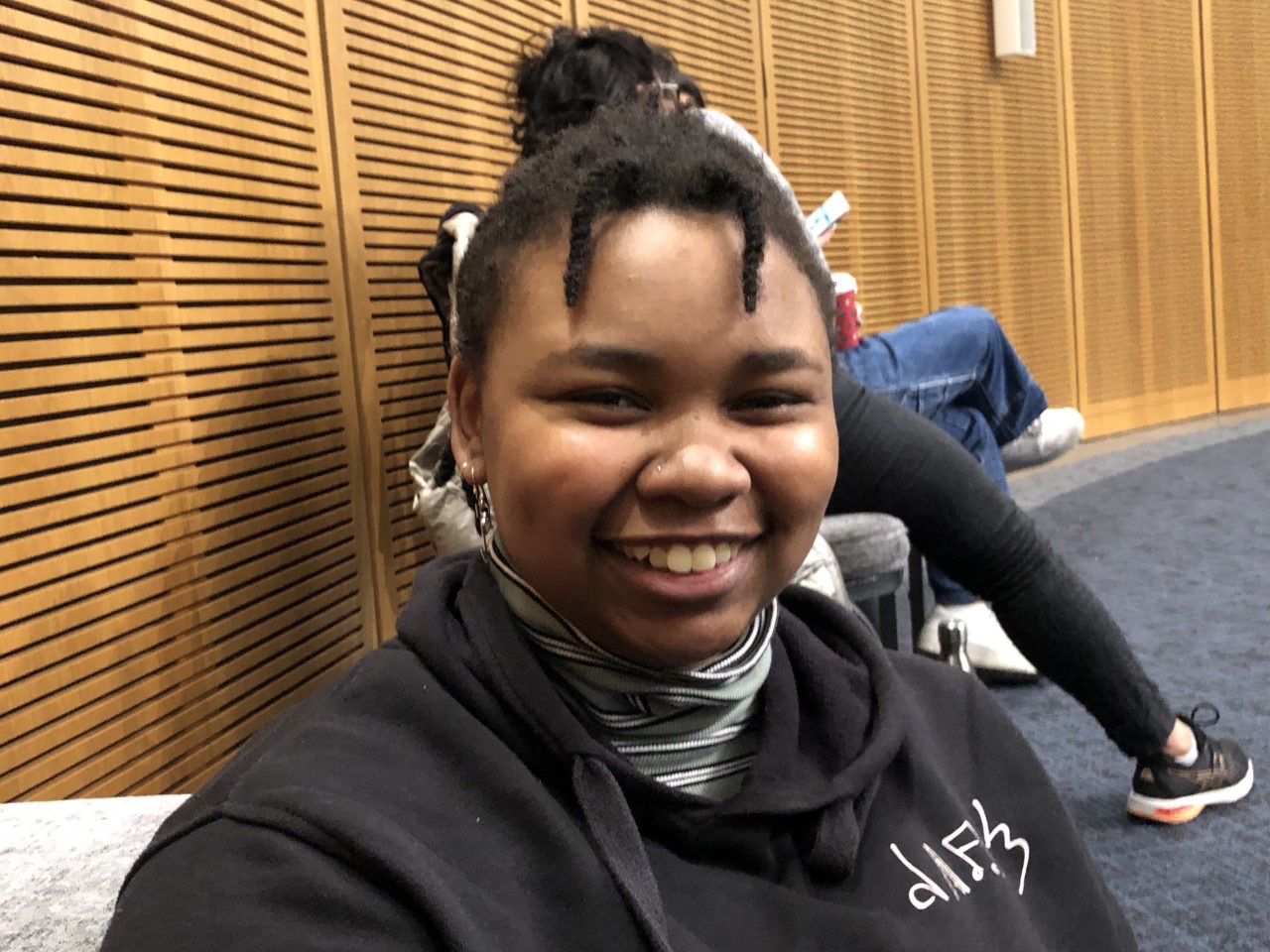 “It can be quite stressful at points but I’ve loved every moment of it and there is so much joy in it all” she adds. “Everyone is so open and ready to learn”.

Cheniece has wanted to study at MDX since she went to an Open Day prior to her A-levels, “and I couldn't wait”. She’s specialising in choreography for the final year of her degree which involves lots of collaboration both with MDX students studying other subjects and external organisations.

Fellow third-year Anna Quiney said it was “really nice” for students “to come together with a varied group of people of so many ages who all enjoy dance”.

Second year student Tim Winter has been dancing since he was eight, and hopes to tour the world with a dance company after he graduates. With RISE "everyone's on their game, it's amazing," he says - "the production team, costume people, the incredible massive sets". 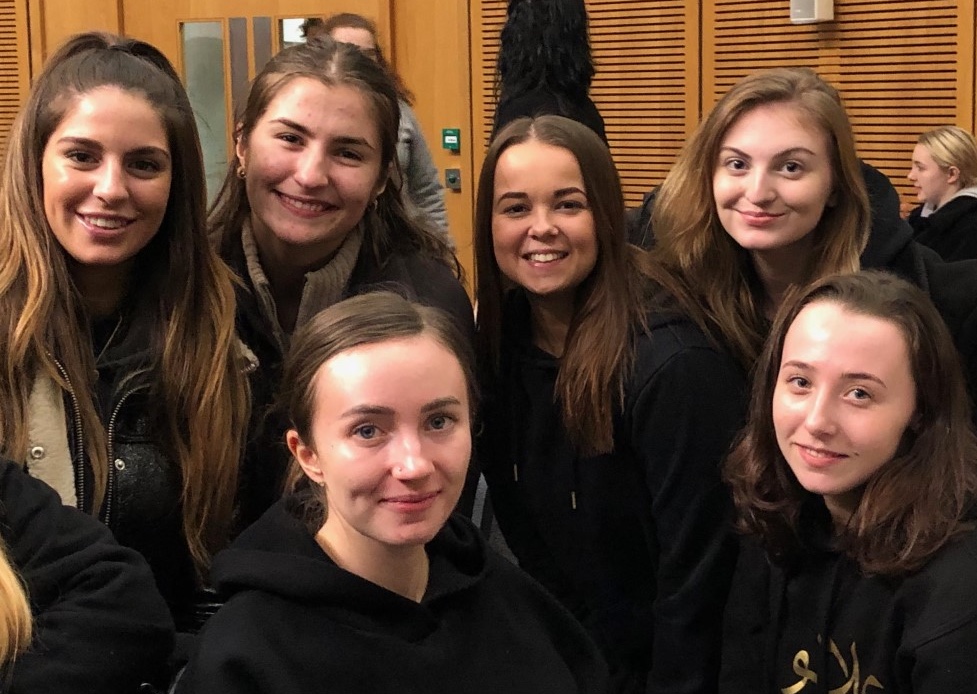 “It is great that our students can develop their professional practice and enhance their performance portfolio by participating in this cross-generational mass movement, community dance project" says Senior Lecturer in Dance Studies Maria Salgado Llopis. "The experience has been very enriching at many levels most importantly sharing and feeling a sense of togetherness and community by using the language of Dance”.

"This Borough of Culture is going to shine a light on Brent as the amazing place that it is" says Robby Graham. "The community dance commission is “indicative of the times” he adds. “I think people want to connect in a more meaningful way than as a passive audience member, and they want to be a part of something. It's certainly community work in my experience that brings people together in profound ways.”

London Borough of Culture is a major initiative launched by the Mayor of London in June 2017 inspired by the UK City and European Capital of Culture programmes. Brent will present high profile cultural events throughout the year celebrating the borough's creative spirit, with hundreds of local residents helping to shape the programme.