MDX to produce medical visors at scale for London hospitals

After first 184 visors delivered to Royal National Orthopaedic Hospital, Stanmore, MDX volunteers aim to manufacture up to 7000 a week 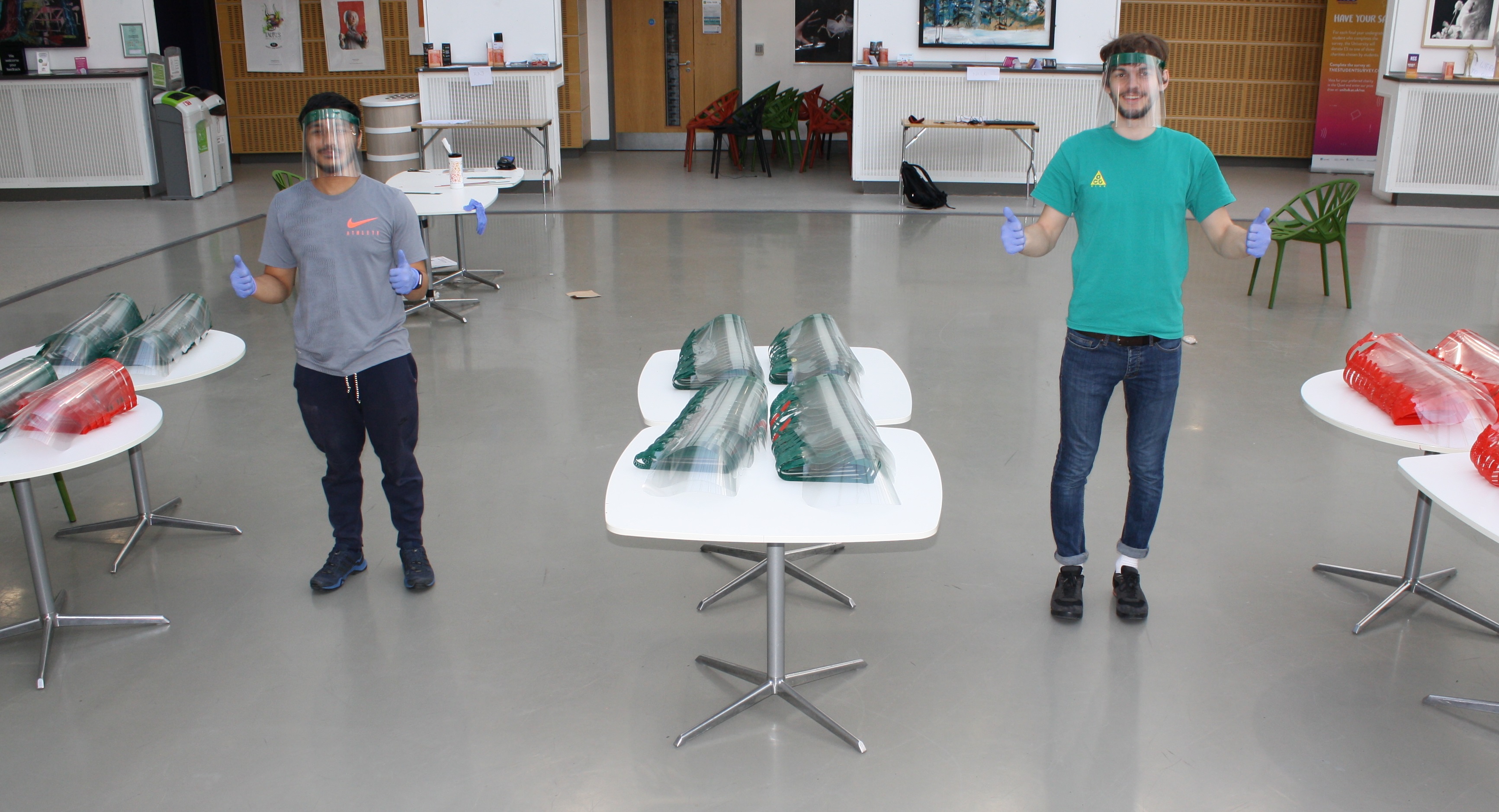 MDX has laser-cut 184 visors for staff at the Royal National Orthopaedic Hospital, and hopes soon to produce up to 7000 a week for London healthcare workers, to protect their faces and eyes as they tackle the coronavirus crisis.

Technical tutor Nick Weldin and colleagues have joined a drive to make the visors promoted by makers across the country and internationally, generally using 3D printers. The visors' simple technology - a A4 PVC sheet attached to a polypropylene headstrap - means they can be produced quickly as a stand-in for medical masks, which are in short supply globally. 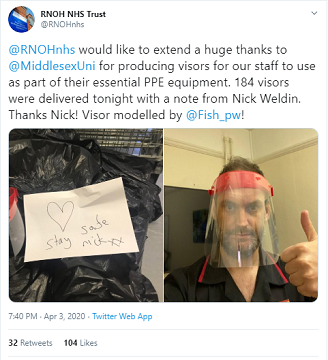 Design engineer for Nottingham company Kitronik Sean Drummond produced his own version of a design by Czech firm PrusaPrinters so it could be made on a laser-cutter instead. This was "a game-changer", explains Nick Weldin, since the three parts of the headstrap can be cut out in around a minute, and the headstrap and PVC shield assembled in another minute - a fraction of the time taken by a 3D printer. With MDX running four laser cutters simultaneously and four people assembling, Nick estimates he and his colleagues could produce 1000 visors a day or 7000 a week based on an 8 hour day.

Royal National Orthopaedic Hospital took delivery of the first batch of 184 visors on the night of Friday 3rd April. MDX has ordered large quantities of materials and staff able to travel to campus without using public transport have volunteered to cut and assemble more visors - without their public-spiritedness, it wouldn't be possible to make them.

"RNOH would like to extend a huge thanks to @MiddlesexUni for producing visors for our staff to use as part of their essential PPE equipment" the hospital Tweeted, with an image of the hospital's Chief Nurse and Deputy CEO Paul Fish wearing one of the visors and giving a thumbs-up.

"We are so grateful and also really impressed at how fast you guys can make them" added COO and Director of Strategy & Improvement Lucy Davies in a Tweet.

Schools in Coventry, Stamford and Salisbury with laser cutters are among those manufacturing visors in response to Kitronik's call for help. Nick appeals to more organisations, technicians and craftspeople across the country to join in the effort: "This is something that can be done if you've got a laser cutter sitting around" he says, in a situation where timing is of the essence. 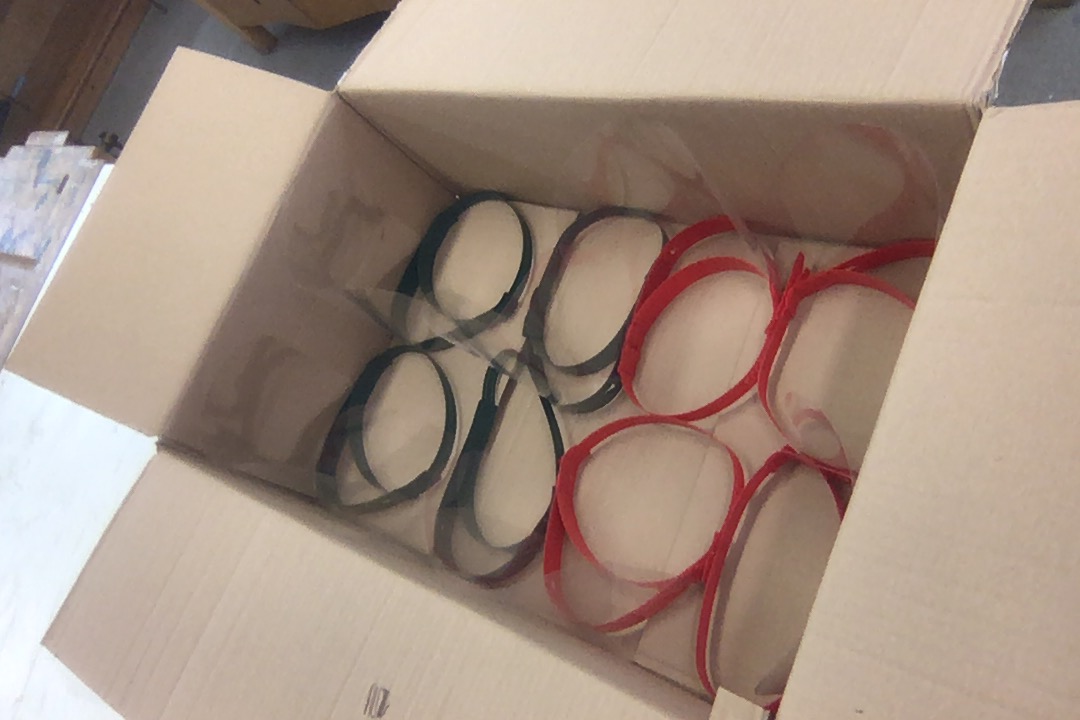 Chris Caldwell, director of Nursing HEE Covid Response, Health Education England said "I am so pleased to hear about the success with Middlesex producing visors. Jane [Clegg, Director of Nursing & Deputy Regional Chief Nurse for London at NHS England] highlighted this at the weekly Chief Nursing Officers' call and everyone was very positive".