MDX shines in equalities categories, including third in the UK for Gender Equality, in first year of Times Higher Impact rankings 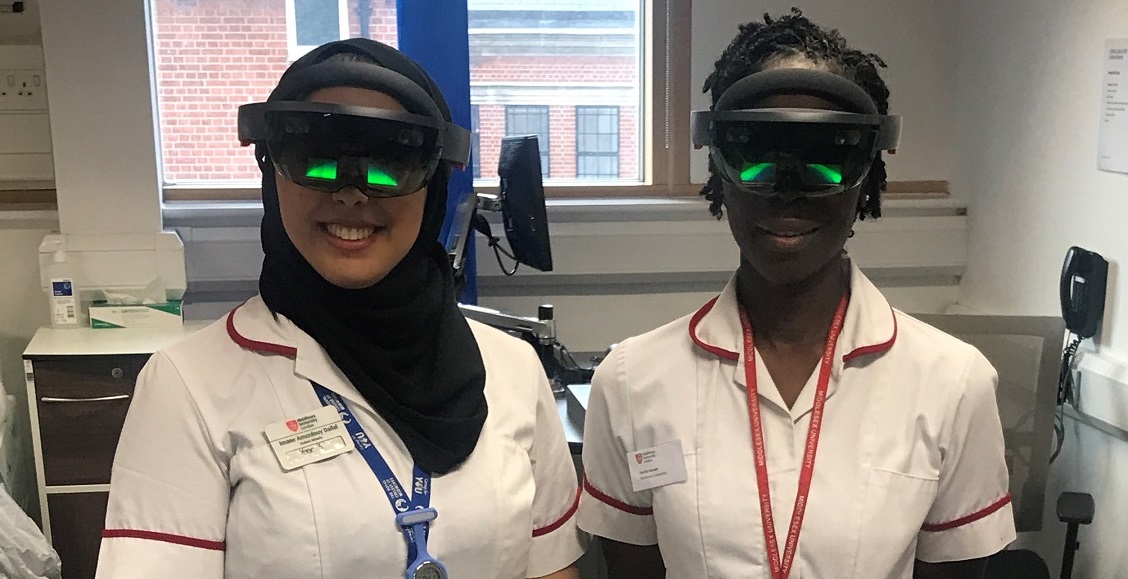 Staff from MDX’s Nursing and Midwifery, and Mental Health and Social Work departments have been in the spotlight for their work to tackle inequalities in healthcare.

Initiatives by MDX Midwifery Educator and Clinical Skills Manager Sarah Chitongo, and by Associate Professor in Mental Health Nicky Lambert and her colleagues, were featured as two of the 12 case studies in recent Royal College of Nursing report, The role of the nursing profession in achieving the United Nations Sustainable Development Goals in the UK. 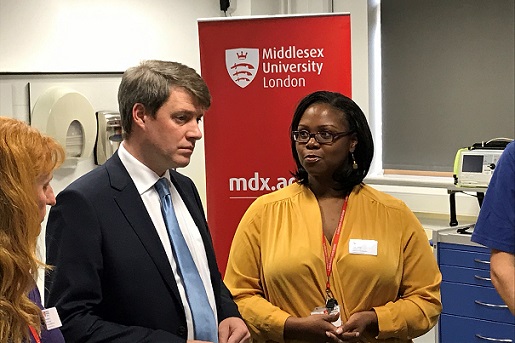 In addition, in last month’s inaugural Times Higher Education Impact rankings, based on institutions’ success in delivering the UN’s SDGs, MDX performed particularly strongly for SDGs concerned with equalities, reflecting achievements by Nicky, Sarah and academics across university faculties. These goals were SDG 10, Reduced Inequalities, in which MDX came 36th out of 669 institutions globally, and SDG 5, Gender Equality, in which MDX came 12th out of 776 across the world, and third in the UK. For SDG 3, Good Health and Wellbeing, MDX came in the 101-200 bracket out of 871 world universities, and other notable placings included SDG16 Peace, Justice and Strong Institutions (48th out of 653).

Sarah, who won a Mary Seacole Award in 2018 for her work on the disproportionate morality rates of black and ethnic minority mothers, previously advised the UN on a target within SDG 3, to reduce the global maternal mortality ratio to less than 70 per 100,000 live births by 2030.

The RCN report highlighted Sarah’s roadshows raising awareness of the need for cultural awareness training for midwives to overcome “unconscious bias” towards black and minority ethnic groups, and her work with NHS England to influence policy such as her backing for maternity services community hubs. 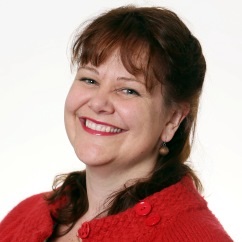 Nicky and her colleagues have developed an Expansive Learning Module, to equip nursing students from diverse backgrounds with the skills to tackle underlying social and economic issues that cause poor health, and to empower them to think broadly about the role of nurses and nursing, includes the potential for nurses to be advocates and activists.

Nicky says: “If you’re sending a little kid [who has asthma] back to a house with black mould in, then giving him another inhaler is not the answer. The answer is, when you’re doing a home visit to be able to identify black mould, be able to support that family to challenge the landlord to sort it out; to know the law, be able to advocate, to complain effectively…to motivate and support people to change their circumstances”.

Sarah says of MDX’s Times Higher Impact rankings performance: “It's mind-blowing. It's an achievement for the whole university and it reflects on the commitment the university has to working on a global scale, and contributing to some of the calls made to participate in global partnerships to reduce inequality. There’s more work to be done and an opportunity for our students to contribute further”.

She thanks Academic Dean of the Faculty of Health, Social Care and Education Professor Carmel Clancy, Head of Department of Adult, Child and Midwifery Dr Sinead Mehigan, Head of the Clinical Skills Department Fiona Suthers and Professor in Nursing Helen Allen – “It wouldn't have been possible without their support”.

The RCN report asked the UK government to reaffirm its commitment to and direct resources towards the achievement of the UN SDGs, and called for the return of a Chief Nursing Officer for England to drive informed and effective decision making across government.

Over the course of the pandemic, MDX Nursing staff have led the North Central London Clinical Commissioning Group’s major vaccination training programme, teaching hundreds of healthcare professionals and members of the public how to safely administer the Oxford-AstraZeneca and Pfizer vaccines. Additionally up to 500 second and third year MDX nursing and midwifery students were mobilised to work in NHS Trusts, trainee nurse associates on the degree apprenticeship programme returned to their Trusts to work as Healthcare Assistants, and MDX worked with the Capital Nurse programme to enable first year students to nominate themselves as Healthcare Assistants.