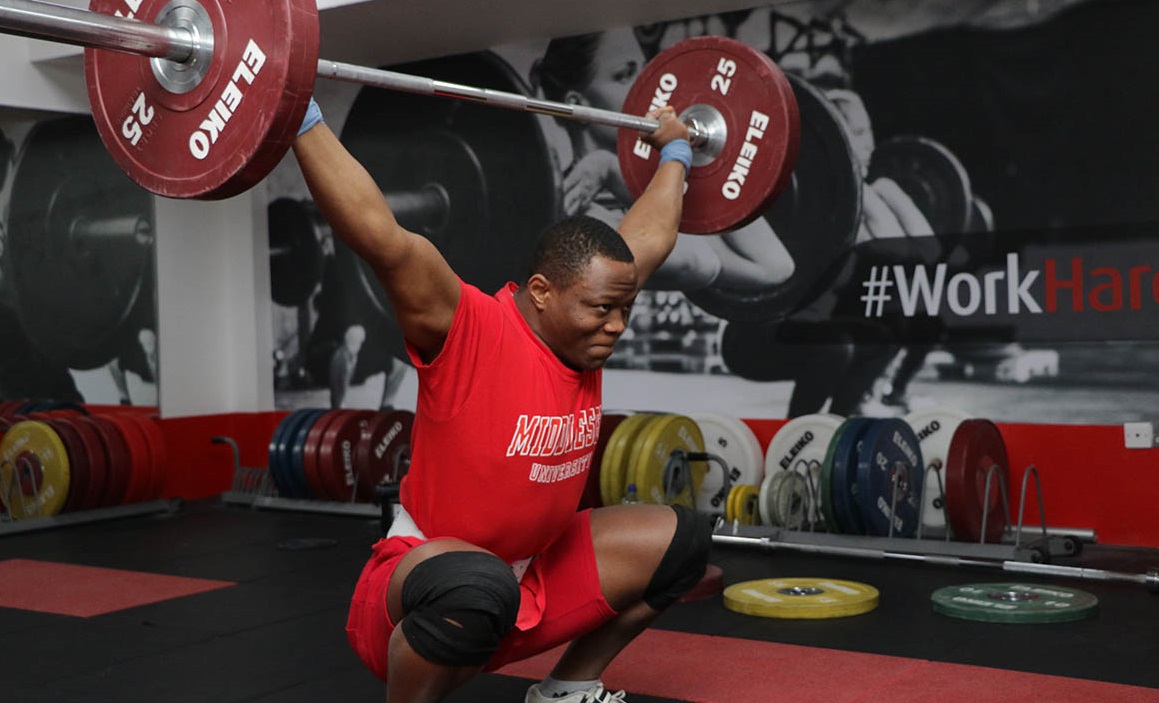 MDX Mental Health nursing graduate Cyrille Tchatchet has been selected as one of 29 athletes who will compete in the IOC Refugee Team at the Tokyo Olympics.

He is the first refugee athlete resident in Britain to be picked for the team, which this year has members from 11 different countries, living and training in the territories of 13 host National Olympic Committees.

The Refugee Team was launched in 2015 and first competed at the 2016 Rio Olympics. At the Opening Ceremony in Tokyo, the team will march under an Olympic flag, in second position behind Greece. 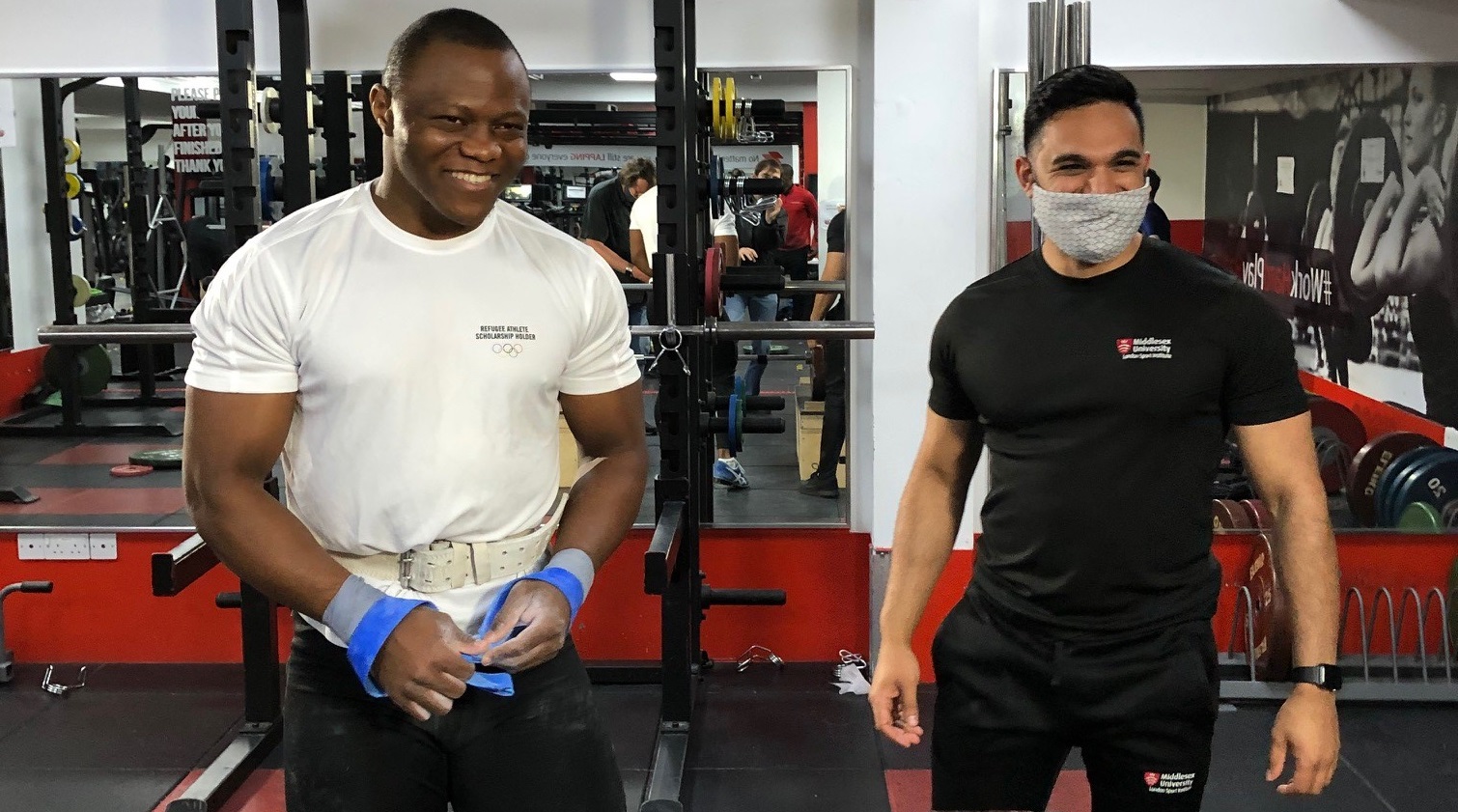 Growing up in Cameroon's capital Yaonde, he took up weightlifting after he discovered it was his aunt's husband's sport. He came to the UK to compete at the 2014 Commonwealth Games in Glasgow.

Afraid to return to Cameroon after it had been made clear to him in the Athletes' Village that he could not do so safely, he fled the team camp and travelled to Brighton. After two months of sleeping rough he reached his lowest ebb, contemplating suicide. He had enough credit on his phone to call the Samaritans, who he thinks contacted the police as a squad car then appeared to pick him up.

While in police custody, his asylum case was put in motion. He spent a time in immigration removal centres in Dover and London, then was rehoused in Birmingham. While in the Midlands, he joined local weightlifting clubs and was soon competing again, first at regional, then national level.

Briefly a Geography student in Cameroon, his experiences of destitution and depression in his early months in the UK inspired him to study as a psychiatric nurse.

He was drawn to Middlesex mainly due to its state-of-the-art sports and nursing facilities, gained a place through Clearing and was awarded a full sports scholarship after he arrived. He was Middlesex Sportsman of the Year four years running. The additional support he obtained from being on the IOC's refugee support programme from 2018 was "invaluable" to his progress in weightlifting, he says.

Meanwhile he graduated with first-class honours in 2019. During the pandemic he worked at first on a frontline ward and more recently was appointed to a lead nurse role in Harrow.

“I’ve come across other asylum seekers,” he told The Independent. “I can understand them and support them. Studying nursing was the best decision I ever made.”

He hopes to go on to study a Postgraduate Certificate in Mental Health Nursing while continuing to work in the field.

"The Olympics is the biggest sporting event in the world, inspiring feelings of joy and happiness. Being given the opportunity not just to compete but to represent a good cause means a lot to me," says Cyrille. "I will be honoured to represent not only refugees but all the estimated 80 million displaced people around the world".

"Middlesex University played a big part in this achievement by awarding me a sport scholarship throughout my studies. Middlesex has been more than an academic environment, it is a community and a home. I am very proud to represent #TeamMDX"

Cyrille's coach, MSc programme lead in Strength and Conditioning (DE) and LSI Technical tutor Shyam Chavda, who has worked with him for the past five years since he arrived at MDX, says “I’m so pleased for him! It’s been a long and difficult process, but he finally has the opportunity he deserves to represent himself and other refugees across the world. His tenacity and work ethic gives hope to others, and to be able to display this on the most prestigious sporting platform is incredible. I’m really proud of him.”

To find out more about MSc Strength & Conditioning at MDX, click here

To find out more about BSc Mental Health nursing at MDX, click here