"We need to attend to the seagrass" says accomplished artist, poet and musician who earned practice-led PhD in 2008 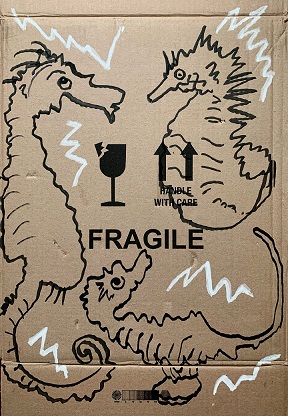 Fourth Plinth artist and MDX PhD alumna Heather Phillipson has produced a limited edition print for WWF's Art For Your World campaign - a call to action for the cultural sector to come together and demand urgent measures against climate change.

One hundred prints of What The Seagrass Says - which depicts three seahorses - went on sale on Wednesday 20th October via online gallery Rise Art alongside works by Chila Kumari Singh Burman and Bob and Roberta Smith.

Other aspects of the campaign include art galleries in London and around the world donating portions of their sales to WWF; artists including Tracey Emin and Anish Kapoor selling work at Sotheby’s Contemporary Art Day Auction on Friday 15th October, with proceeds going to WWF; and conversations around the #ArtForYourWorld hashtag on Instagram in the run-up to and during the COP26 UN Climate Change Conference in Glasgow from the end of this month. 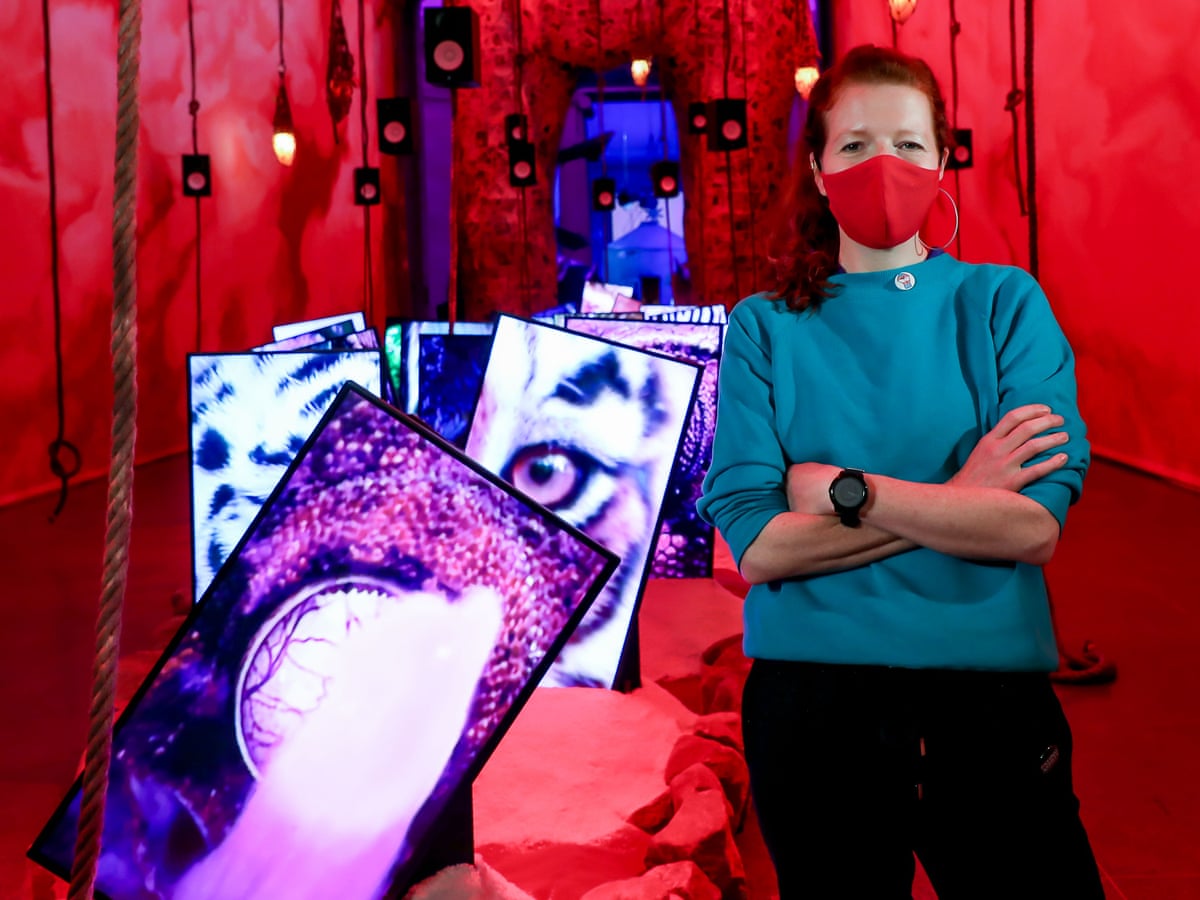 "For six decades now, WWF has been combatting the climate emergency to save our planet," says Susie Allen, founding director of project partner, curatorial practice Artwise. "During this critical and dangerous tipping point, it is essential that we harness the art world’s power to influence, galvanise and make a real difference".

Heather completed her PhD in Fine Art practice from MDX in 2008, having previously studied at Central Saint Martins, University of the Arts, and University of Wales Institute, Cardiff. She works across many different media including video, sculpture, large-scale installation, drawing, music, text and online media.

Her Tate Britain installation RUPTURE NUMBER 1: blowtorching the bitten peach, conjuring a series of "charged ecosystems, maladaptive seasons and unearthed lifeforms" in the Duveen Galleries, is on display until January 2022. Her Fourth Plinth commission THE END - a 9 tonne sculpture of a dollop of whipped cream topped by a cherry, a fly and a drone, will be in place until next summer.

She is a past winner of the Tiger Ammodo Best Short Film Award from the International Film Festival Rotterdam and of Film London's Jarman Award; and she is an award-winning author of five volumes of poetry. 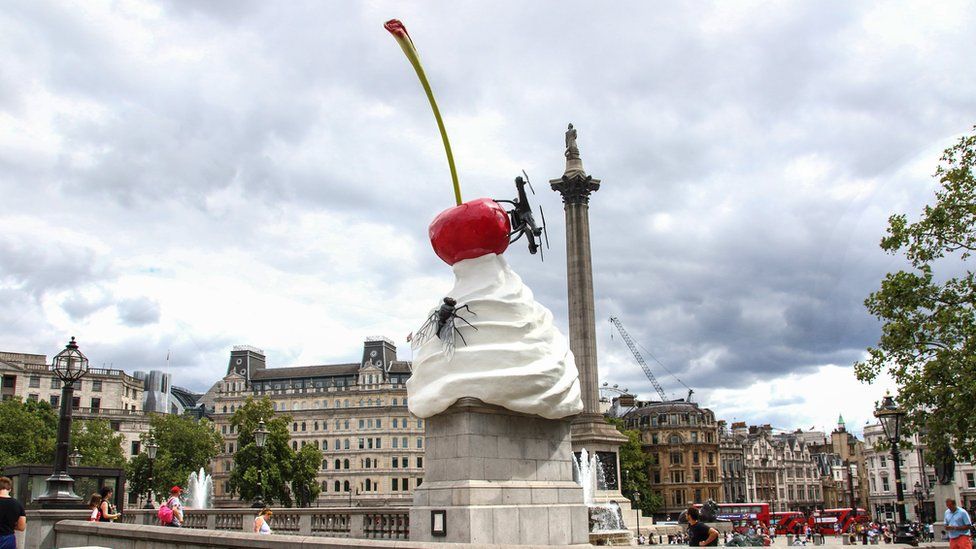 "Heather was one of the small pioneer cohort of practice-led PhDs who completed their studies in 2007/08" says MDX Emeritus Professor of Art and Critical Theory Jon Bird, one of Heather's PhD supervisors.

"At that time, Middlesex was a leading proponent of the visual and performing arts as a form of research: an initiative that has subsequently become an established field of research in Higher Education. An accomplished poet and writer, Heather combined a visual arts aesthetic with language as an expressive and performative medium, creative abilities that continue to form the basis of her current art practice".

Heather has also been a long-term supporter and volunteer with charity Arts Emergency, which works with young people who have great potential but face barriers to accessing higher education in the arts and humanities. Arts Emergency Head of Programmes Carys Nelkon says: "Heather has been matched with mentees three times and shared fantastic advice. We really value her contributions and think she's wonderful!"