A team from Middlesex University which designs and manufactures ancient musical instruments have produced sound effects for a new Viking blockbuster movie.

During the first scheduled recording session at the prestigious AIR Studios in London, after Letty demonstrated the range of sound colours offered by the teams’ instruments, a second one was organised to add further effects.

"If you listen to the start of the trailer as the king walks up the ramp you’ll hear a tremendous noise and that was from one of our instruments. Where you hear any weird sounds, it’s likely to have come from our instruments,"  Dr Peter Holmes, MDX music archaeologist and design/engineer.

The instruments used included a Viking Lur, a natural blowing horn without finger holes, which can be curved or straight with a name applied to two ancient musical instruments, a Scandinavian wooden one and a bronze version from the Bronze Age.

“The term ‘Lur’ in the Icelandic sagas appears to refer to a straight wooden instrument, whereas ‘Lur’ in modern times often refers to Bronze Age instruments and much earlier ones,” explained Dr Holmes, a music archaeologist and designer/engineer.

“A typical Lur was designed based upon ancient iconography but, although the evidence was slim, we had both earlier and later instruments to guide us. One wooden lur and one of birch bark were made by team member Martin Sims (see image below).

“The film’s director Robert Eggers is focused on authenticity and wanted sounds which couldn’t be replicated on modern instruments. The aim was to create a period-accurate soundtrack to match the detailed historical approach of the film.”

With an all-star cast including Nicole Kidman, Ethan Hawke, William Dafoe and Alexander Skarsgård, the Northman retells the legend of Prince Amleth who sets out to avenge his father’s death.

It is part of a bonanza in recent years of medieval dramas such as Game of Thrones, the Last Kingdom and Vikings: Valhalla.

Northman director Robert Eggers drafted the MDX team in last year to add the unique sounds - which were performed by team member/professional horn player and composer Letty Stott - at key moments in the action movie.

“In one scene where someone gets stabbed and you can see the sword go right through them, what seemed like hours were spent to get the sound effects absolutely right,” Dr Holmes added.

“It was a fascinating experience to see how they spend so much time on what seem like such small parts of the film.

“With these big open ancient instruments you can pull the notes a lot and get these big dramatic sounds and if you listen to the start of the trailer as the king walks up the ramp you’ll hear a tremendous noise and that was from one of our instruments. Where you hear any weird sounds, it’s likely to have come from our instruments.” 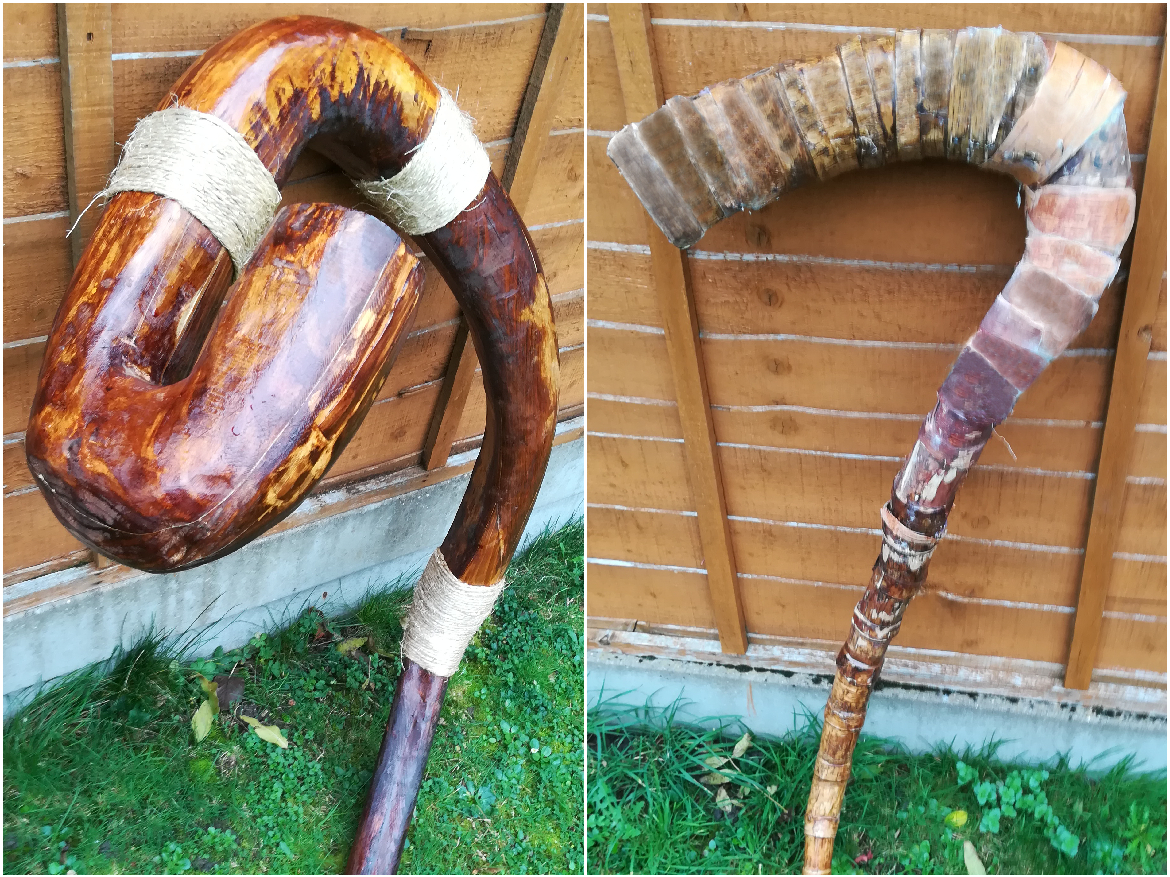 The MDX team is an active group of researchers based in the Faculty of Science and Technology of the Design Engineering and Mathematics Department.

They design obscure ancient musical instruments from periods such as the Bronze Age, Greek Roman and Viking eras which are often known largely through iconography alone, interpreting how such objects function while utilising technologies and techniques available at the time.

They credit the use of 3-D printing as a fantastic tool that allows them to create prototypes overnight instead of having to spend weeks crafting individual wooden or brass test instruments.

“Our designs are based on sketches, drawings, mosaics, pictures which are actually very detailed,” said Spike, a Senior Technical Tutor.

“The goal is not to invent technology which never existed, but use what they knew or had the ability to produce and match this with available written record.

“One of the biggest thrills is when Peter comes in and we put these instruments together and he blows it and we get a noise that hasn’t been heard for hundreds of years. That’s always such an amazing moment.”

As part of the European Music Archaeology Project and in collaboration with The Austrian Academy of Sciences and the German Archaeological Institute (DAI), the MDX designers created a number of ancient brass and woodwind instruments (a family of musical instruments including the flute, oboe and clarinet) which have featured in exhibitions, performances and workshops across Europe.

“We’re on the edge of music archaeology trying to bring it alive,” added Dr Holmes.

In another project funded by the European Research Council and in partnership with the Austrian Academy of Sciences, the group designed and replicated a pair of tibia, similar to a modern oboe, which was dated to 9 AD and was found at the ancient Greek-Roman city of Meroë in Sudan.

“We struggled to create these, even with all our modern technology, materials and knowledge but we managed to design and make the tibia,” added Spike.

“We have no idea how they managed this in 9 AD.”

The Roman period pipes are now proudly on display in the Museum of Fine Arts in Boston, USA.

Dr Holmes remarked how the research has shown that ancient music designers were incredibly advanced and some Roman instruments  “could deliver anything Handel (18th century German composer George Frideric Handel) demanded of the brass. This is not the currently-accepted view of ancient performance and perhaps we should listen more to what the instruments tell us.”

The teams next project will be aired at a festival in Alicante when a specially-designed version of the Roman Cornu will feature in the premier of a newly-composed work, alongside John Kenny and the Chamber Orchestra of Madrid.

Find out more about design engineering at Middlesex University.