Ahead of World Suicide Prevention Day (10/9), MDX expert has been teaching aid workers in Syria how to spot warning signs of suicide and provide immediate help 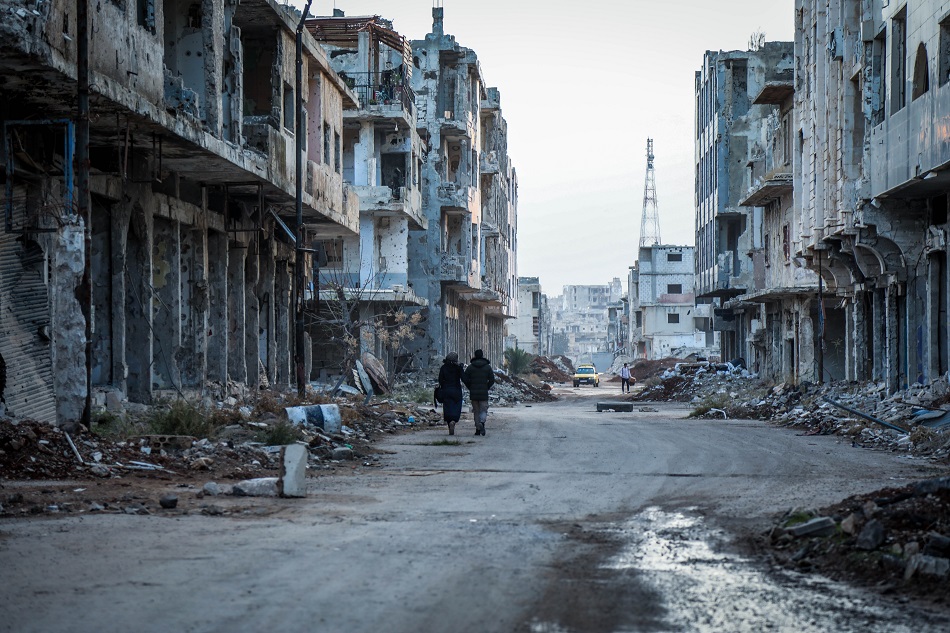 A Middlesex University academic has been training humanitarian workers in Syria to identify and help people at risk of suicide in the war-torn country.

She has now trained the workers in Syria to become ‘suicide first aid gatekeepers’ using an adaptation of the guidelines.

“Many refuges or those seeking asylum fear the consequences of revealing they are mentally unwell and the implications for their application process.

Syria is an under resourced setting where there is no specialist suicide prevention service and often only people working in the field can provide immediate help.

Gatekeepers, such as humanitarian workers, are so important in acting as the first point of call for these people because of a lack of resources or distrust towards professionals.”

The training, funded by Save the Children, was offered to 56 humanitarian workers from the charity’s Syria response office and local Non-Governmental Organisations (NGOs) who are employed in child protection, nutrition and mental health.

The sessions covered suicide and cultural diversity, suicide prevention in Internally Displaced Populations (IDP), suicide first aid guidelines, warning signs and risk/protective factors, approaching and talking with someone who is suicidal, assessing how urgent the situation is, keeping the person safe and seeking professional and/or other help.

In her newly published first-authored paper, Dr Colucci concluded in spite of the limitations posed by Covid which caused the teaching to move online, the “pilot training achieved its goals in raising awareness of warning signs for suicide and increased knowledge on how to support a person with suicidal thoughts”.

The study found more in-depth and longer suicide prevention activities are urgently needed in Syria and other humanitarian contexts.

The project was launched amid increasing mental health issues among young and adult refugees which are often overlooked.

In Syria, there has been an increase in the number of people taking their own lives in recent years and a significant rise in children and young people self-harming and attempting suicide to cope with stress, Dr Colucci explained in the results paper.

The World Health Organisation said there are still only four psychiatrists in Syria serving a population of four million people, which leaves 75% of Syrians with mental health conditions with no access to treatment.

“This situation is only going to get worse with the political climate around refugees worldwide.

There has been an increase in refugees because of political unrest, such as the war in Ukraine along with other wars and conflicts, and natural disasters, which are all creating more refugees, including unaccompanied minors who are particularly vulnerable to all forms of exploitation and abuse.

Instead of providing more help and increasing resources, the public and government response is often less sympathetic. Thus, we need sympathetic members of the public and local and international NGOs/charities (like SCI) to make suicide prevention a priority and act now.”

Dr Colucci will be the opening speaker at the world’s largest online suicide prevention conference for mental health professionals this Saturday (September 10) and Sunday .

The Suicide Prevention Summit, which features 10 live webinars over the weekend including Dr Colucci, is being held by the Mental Health Academy and the British Psychological Society.

Dr Colucci’s paper, which was co-authored by Sirar Jaroudy and Magda Rossmann - Piloting of a suicide first aid gatekeeper training (online) for children and young people in conflict affected areas in Syria – has been peer-reviewed and published in the International Review of Psychiatry.

Find out more about studying psychology at Middlesex University.

Photo of Daraa in Syria by Mahmoud Sulaiman on Unsplash