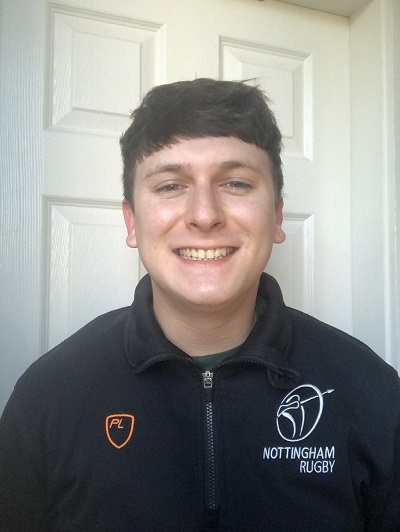 The 26-year-old has received a MSc studentship with the Rugby Football Union (RFU) and the University, and is set to gain valuable insights from world-leading experts in the field of analysis alongside his MDX Masters.

Sports Performance Analysis is an area experiencing massive growth and now most professional clubs work with performance analysts who provide them with objective data to improve sporting performance. Roles include preparing statistical reports, coding matches via performance analysis software and identifying differences between teams and players.

Matt came to MDX to study a Masters in Sport Performance Analysis after taking an undergraduate degree in Sports Coaching at Leeds Beckett University.

He said: “In my first year of studying for my undergraduate Covid hit so I didn’t get any opportunities to go out and coach.

“I thought I would use the time to upskill and train in something else and from there I got the opportunity to do some data collection work for England Rugby on the Gallagher Premiership, just building up skills on different software.”

The placement led to a year’s internship working at Barnsley Football’s analysis department, which prompted Matt to look in to the MSc at MDX.

He said: “I had made quite a lot of contacts within the RFU because I was doing data collection for them and I saw that there was an opportunity in a world-leading department whilst gaining a highly regarded analysis degree at somewhere like Middlesex University.

“It felt like everything has been building up to this and I am very grateful to have had the opportunities that I have had that has led to working with the Red Roses.”

The Red Roses team are currently in New Zealand for the World Cup but Matt has already been integrating with analysis staff and working on team coding projects and building opposition profiles.

He is looking forward to the team’s return.

“When they come back and get in to the training camps I will be fully embedded and working on site,” Matt added.

“I will spend a week in camp supporting the team and there will be lots of analysis on Red Roses matches and their opposition.

“I feel like it’s a great opportunity to be a sponge and will give me vital experience that will hopefully lead to a full-time role.”

Matt, who lives in Leeds, had originally planned to study remotely but says he learns a lot from being on campus and the weekly commute helps him make the most of teaching.

His studentship will involve working with on the Allianz Premier 15s tournament which is the newly formed Women’s Professional Rugby League.

“It is an opportunity to grow and be part of an exciting time, not just for rugby but for women’s sport,” Matt said.

“I have found a real passion for data and trying to produce impactful work to help performance on the field so I am excited to support throughout the World Cup but I can’t wait to be on site working alongside world-class athletes, coaches and support staff.”

Dr Nimai Parmar, Senior Lecturer in Sports Performance Analysis at MDX, said: “We are pleased to continue our long-standing relationship with the RFU to provide excellent learning opportunities for our students to support England Rugby's world-leading performance analysis provision.

“I am really grateful to Duncan Locke and his team for working with us to create these opportunities which show the commitment the RFU have towards developing the next generation of performance analysts, alongside supporting our other EDI initiatives such as the ‘Diversifying Sport Performance Analysis scholarship.”

MDX alumnus Oli May knows the value of a studentship as he was offered a full-time role as a data and video-co-ordinator with the RFU after graduating in September last year. 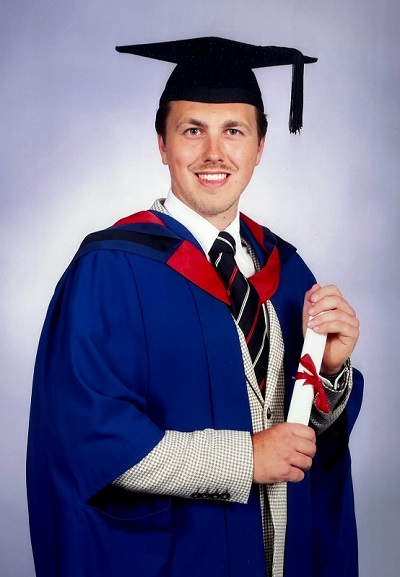 Due to the Pandemic, Oli completed his placement with the England Rugby Senior Men’s team remotely while the sporting world adapted. This was alongside his MSc in Sport Performance Analysis.

He said: “Remote working was made possible through the technology used in analysis.

“It was hard going into an environment where I had not really met the people or been working with them day in and day out in person and I had to learn a lot independently.

“There were a couple of tournaments that I worked on but the teams and camps were all in a bubble so visitors were not allowed in and out, however I was so grateful to have the opportunity to work on a sport that I enjoyed and working for one of the best organisations.

“I was supported by the analysis team and learned a lot.”

Oli describes his role with the RFU as a “dream job”.

He added: “I have played rugby since an early age and I wanted to make a career out of it.

“The last year has been challenging but very enjoyable. It is a very fast-paced environment where success and winning is the goal.

“During tournament time I am working on opposition previews, training analysis and match analysis.

“I really enjoyed my course with MDX, Nimai was very supportive throughout the whole process and the studentship was a really good opportunity to learn skills on the job, in the correct environment. “It allows you to meet people and network with other analysts in similar roles who you can learn from.

MDX alumna Zoe Harrison is a fly-half for the Red Roses and scored in their record Women's Rugby World Cup win over Fiji.

The former Saracens player made her England debut in 2017.