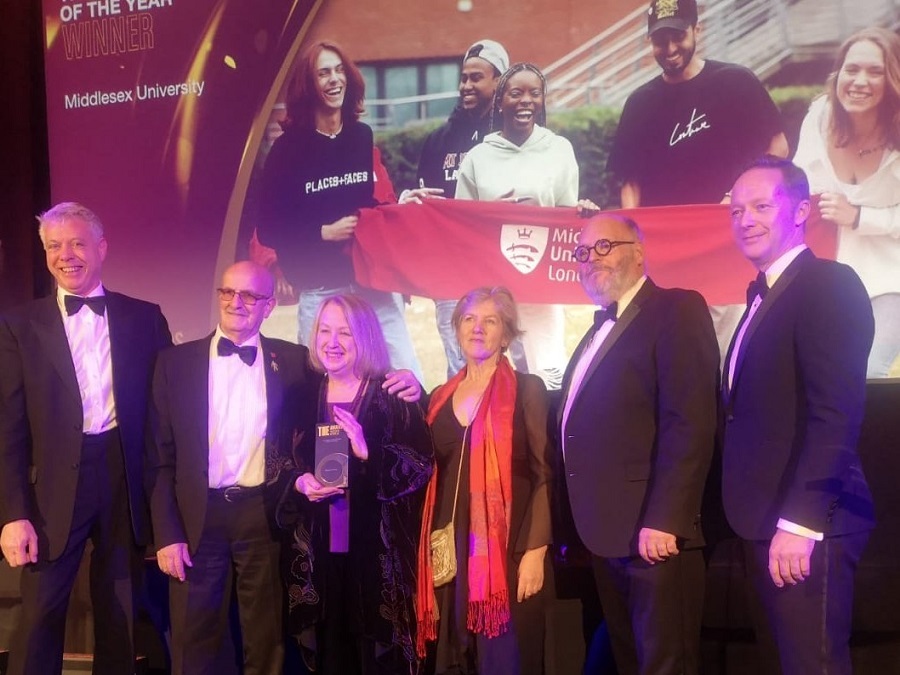 An innovative arts and environment project in which Middlesex University engineers worked with a retired men’s club to design and build renewable energy waterwheels has won an award at the "Oscars of higher education".

Last night the Active Energy initiative was awarded the Knowledge Exchange/Transfer Initiative of the Year accolade at the Times Higher Education Awards 2022 in London.

Professor of Nursing Helen Allan was also shortlisted for the prestigious ‘Outstanding Research Supervisor of the Year’ THE Award.

Prof Allan has given expert supervision to many candidates over her 20 years in academia, including supervising 18 PhDs to completion, supporting PhD graduates into their postdoc careers and helping two students attain professorships.

Fifteen years ago, MDX began the Active Energy project to bring together young and old through their passion for engineering.

"Active Energy is a terrific example of how we can put knowledge into action not by telling or instructing but by inspiring and shaping community innovation. What Loraine and The Geezers have done is to create confidence in activities that span technologies, age groups and communities." Dr Mark Gray, Pro Vice-Chancellor and Director of Knowledge Transfer.

The initiative, led by Dr Lorraine Leeson, a Senior Lecturer in Fine Art, started by asking older people how technology might be used to solve problems that they and their communities faced – with fuel poverty and pollution in nearby rivers identified as major concerns.

Working with MDX engineers, members of the Geezers Club – a group of retired men who meet at an Age UK centre in Bow, in east London – designed two floating waterwheels driven by tidal flows that pump air into water to help fish and wildlife.

After extensive fieldwork and testing in Middlesex’s laboratories, two working waterwheels were installed: one in the Three Mills tidal basin and one in the Olympic Park.

The Geezers Club has subsequently presented their work to schools and led interactive arts-based events in which children were mentored to create their own waterwheels – passing on vital skills to young people while helping to combat the problem of loneliness among retirees. 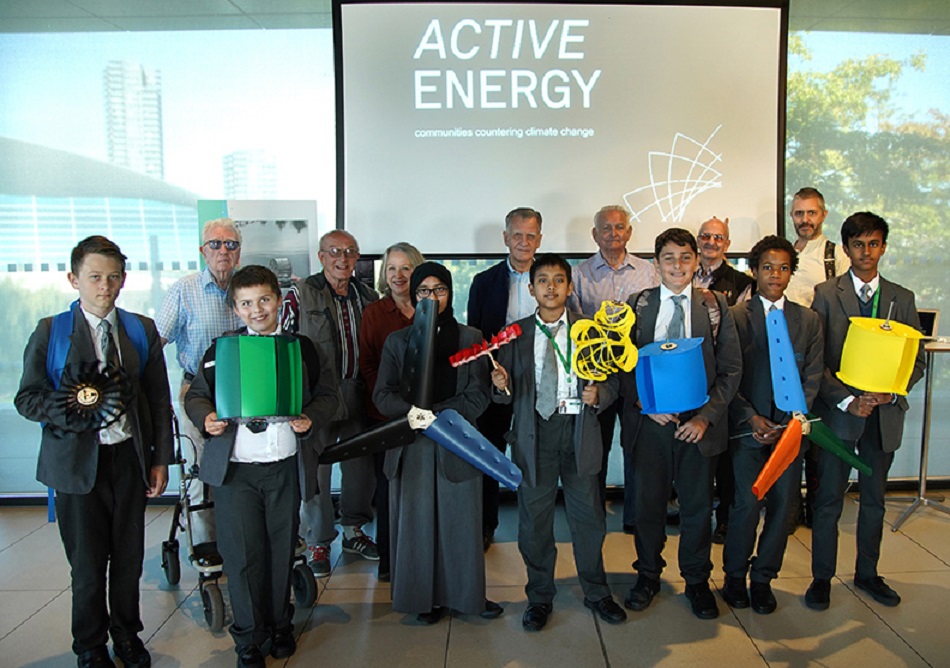 Subsequent initiatives have included the creation of a wind turbine for the roof of the Age UK headquarters, wind turbine projects in local schools and a collaboration with pensioners in Pittsburgh, as well as the staging of numerous talks, events and exhibitions across Tower Hamlets.

Speaking about the award, Dr Leeson said:  “It was a delight for the achievements of the Active Energy project to be acknowledged by this award after so many years, and especially for the seniors’ group The Geezers whose energy and determination provided a constant engine that drove its development.

"I feel strongly that the first-hand expertise held at community level is key to solving many of society’s challenges.

"Also that the arts are a great vehicle for communicating, consolidating and communicating these ideas and bringing them into the public domain. I hope this project can provide insight into how working with rather than for communities can serve to unlock this local knowledge for the benefit of us all.”

The judges were impressed with how this long-running project had “successfully engaged an oft-forgotten section of the society”.

“Unlocking the knowledge held within the Geezers community has brought young and old together to work on projects that are of direct relevance to the local community,” they said. “This approach has influenced other initiatives and demonstrates the importance of local knowledge when searching for technological solutions.” 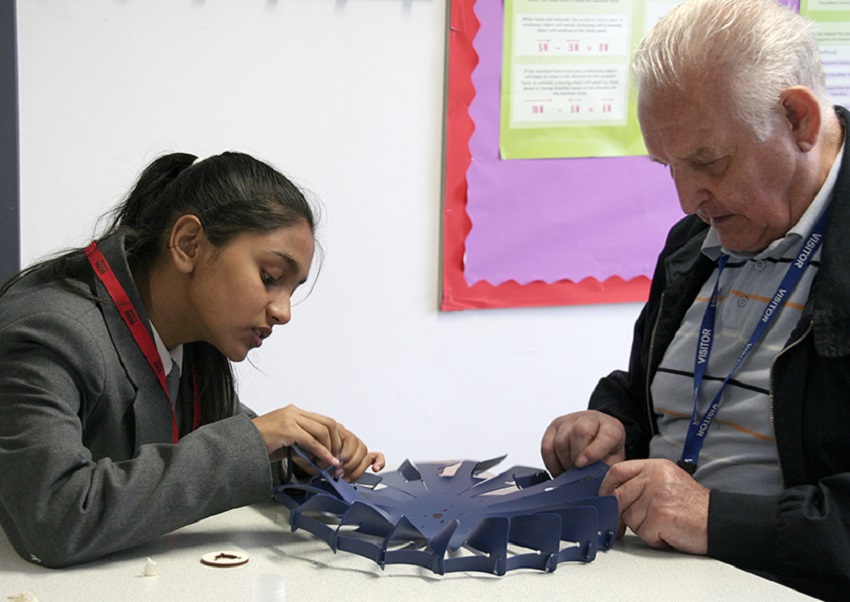 In a supporting submission letter Ray Gipson, secretary of the Geezer Club, said: “The Geezer Club came about because many older men experience loneliness and isolation,  and Active Energy has given us good reason to get together and go out and about to explore places like this and do our research.

“We have met so many interesting people and feel the project has broadened our minds as well as horizons.

“Presenting our ideas to other people and the way they have listened to has made us feel positive about what we have to offer, even though the ideas of people our age are often overlooked.

“The project has made us think more about this country’s resources – the fact we are on an island surrounded by tidal currents, and that in recent years these have hardly been put to use for energy purposes.”

Active Energy’s methods have also been used to facilitate projects in India disseminating urgent information on water conservation between villagers in the Rajasthan desert and supporting children who have suffered from the conflict in Kashmir. 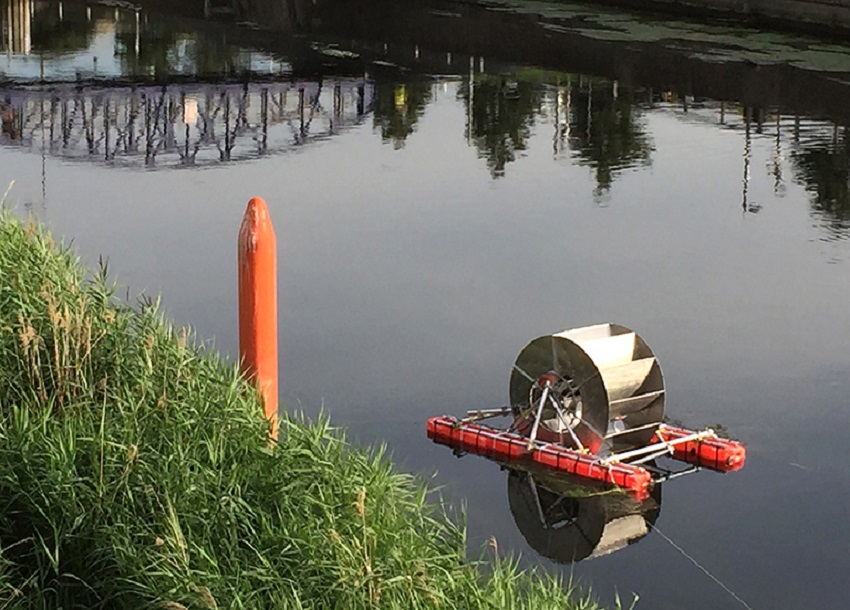 Dr Michael Buser, an Associate Professor of Collaborative Community Practice at the University of West England in Bristol, has worked with Dr Leeson on a hydro-citizenship project and praised her “insights and contribution to building creative research projects with communities and non-academic partners”.

Praising the Active Energy project in a submission letter, Dr Buser said it is a “prime example of how artists can support communities and individuals in making real change in the world and in their lives”.

Commenting on the win, Dr Mark Gray, Pro Vice-Chancellor and Director of Knowledge Transfer said: “This is Loraine's triumph. It shows that knowledge exchange doesn't have to involve research and development partnerships, patents or spinouts. Active Energy is a terrific example of how we can put knowledge into action not by telling or instructing but by inspiring and shaping community innovation.

“What Loraine and The Geezers have done is to create confidence in activities that span technologies, age groups and communities. Lorraine's used know how from the arts to make environmental change happen. The project won this award, I'm sure, because it positively fizzed with an energy of its own.”

Find out more about the Active Energy project.