A talented animation student has won a prestigious prize at the British Animation Awards 2014.

The film 'How I Killed My Imaginary Best Friend' by Middlesex's Antonio J Busto Algarin was awarded the prize for best student film at the ceremony on 7 March. 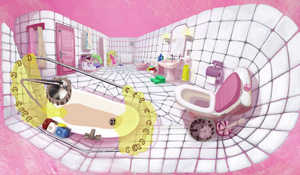 Beating a large volume of entries to become a finalist, the film was chosen as the winner ahead of two others by a panel of industry specialists.

The film tells the story of a 9-year-old girl and her imaginary friend, who is dealing with the experience of her first menstrual cycle.

Speaking about his award win, Antonio said, "Winning a British Animation Award has been a dream of mine for years, so it means a lot to me that my work as an animator has been recognised by people in the industry. 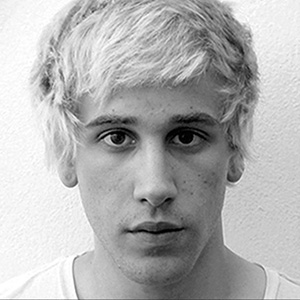 "I came from Spain to study in London, and am very thankful for the support and encouragement I have received from my lecturers and friends at Middlesex.

"They have helped me to achieve something very special that will provide me with new and exciting opportunities to continue doing what I love."

Phil Healy, Head of Visual Art at Middlesex University said: "This is a fantastic achievement. It was events like this that we dreamed of when we started the BA Animation course.

"This course has done incredibly well and is rightly considered amongst the very best in Europe. This is a testament to the great staff team and fantastic facilities which has attracted incredibly talented students from all over the world.

"Antonio's film is an imaginative tour de force of stunning experimental animation that draws you into its surreal and disturbing world."

The British Animation Awards are held every two years and are about 'promoting and championing UK animation in all its guises.'

The film also was shown at the 2012 London International Film Festival and was selected to appear at other international animation festivals in Canada and Bosnia.

View a trailer of Busto's video 'The Day I Killed My Imaginary Friend' below.