Middlesex University illustration graduate Alex Foster has been recognised in the 2015 World Illustration Awards for his colourful visual campaign promoting the River Thames. 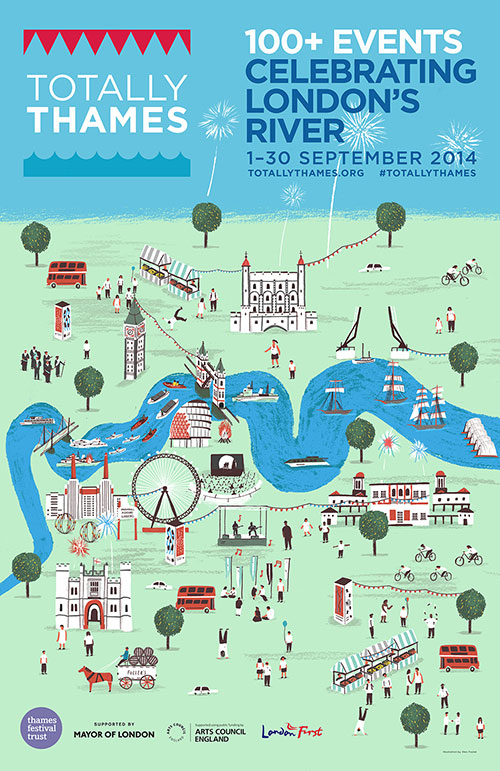 Having your work seen in 250 London tube stations, 500 National Rail stations across the UK and 10,000 advertising brochures is no mean feat for a young illustrator. But now Alex Foster, Middlesex illustration graduate and the artist behind an eye-catching advertising campaign for the 2014 Totally Thames festival, is gaining even more recognition by being awarded the New Talent prize in the Advertising category of the World Illustration Awards.

The World Illustration Awards are organised by the Association of Illustrators, in conjunction with the Directory of Illustration, to promote outstanding work by UK illustrators. Winners showcase their work as part of a touring exhibition – seen by approximately 40,000 visitors – which commences at London's Somerset House before making its way across the country. Winners are also featured in a commemorative publication which is circulated to key major commissioners of illustration. 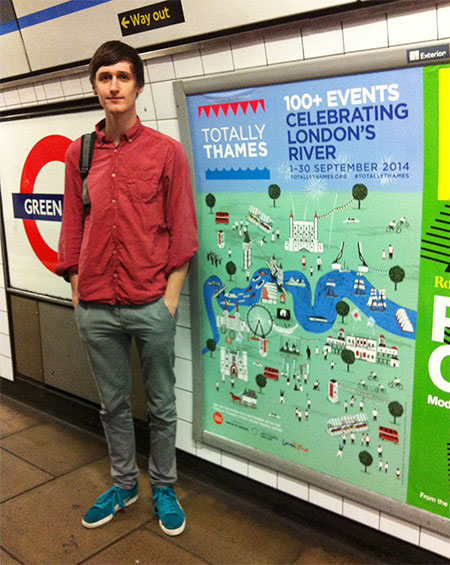 "I was very excited to learn that I had won the award," Alex said.

"I had found out months before but couldn't tell anyone – that was tough! I wanted to get it on my website as soon as possible, and I'm really looking forward to seeing if some nice projects come my way from it. As well as the direct interest from the award, it's great to be able to get some media exposure to show more people what I do."

Alex graduated from Middlesex in 2013 with a first-class honours degree in illustration and now lives in Margate.

"I have lots of fond memories from Middlesex and London in general," he says.

"The degree show was one of the best times I think, because it was a time for everyone to be proud of what they'd made and become, to look forward and be positive about the future, and we could all relax and have a good time together."

Since graduating, Alex has worked on projects for Anorak Magazine, Hallmark/ M&S cards, Talented bags, The Poetry Society, the Folkestone Triennial and, most recently, Roald Dahl. He also runs his own online store, through which he sells clothing, stationery and prints. As business-savvy as he is creative, he says Middlesex prepared him well for life as a working illustrator.

"The illustration course and its staff were amazing at preparing us for the 'real world' of illustration," Alex recalls.

"While they made it difficult by piling on the projects and work, this really helped prepare us to make quality work to deadlines. Now, even when I have a lot of work on, I am prepared and know how to deal with it without having a meltdown!"