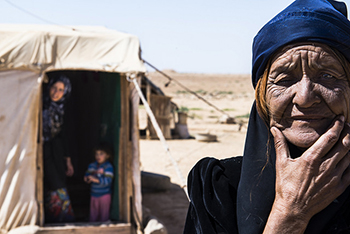 Researchers from Middlesex University's School of Law have been awarded a European Commission grant from the Asylum, Migration and Integration Fund to develop a roadmap for enhancing the legal and procedural information provided to asylum seekers.

The project will involve comparative analysis in six EU member states – Cyprus, Estonia, Malta, Italy, Sweden and the UK – in a bid to identify best practice and improve the existing guidelines on how asylum claims are processed.

It comes just a month after the University was awarded a grant by the Economic and Social Research Council and the Department for International Development to examine the ongoing refugee crisis in the Mediterranean, helping to cement Middlesex's status as one of Europe's foremost centres for migration research.

"More and more European countries are reinterpreting their commitment under the Refugee Convention and refocusing their asylum policies, often to the detriment of asylum seekers" - Professor of International Politics Brad Blitz

Commenting on the importance of the two-year project, Professor of International Politics and Principal Investigator Brad Blitz said: "More and more European countries are reinterpreting their commitments under the Refugee Convention and refocusing their asylum policies, often to the detriment of asylum seekers.

"It is essential we understand what information is given to asylum seekers to inform a process where people can fairly claim asylum within the EU."