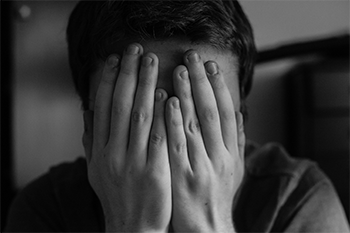 People who are denied access to legal aid are left feeling stressed, powerless and unable to get on with life, according to a new report by Middlesex University and London-based charity Toynbee Hall.

'Sleepless nights: accessing justice without legal aid' examines the impact of legal aid cuts on the lives of Londoners who don't have the means to pay for legal advice and representation.

The report shows legal aid cuts have direct and indirect costs to individuals, their families and society as a whole, with more than a quarter (78 per cent) of respondents experiencing high levels of anxiety. Those affected have found themselves less equipped to function as a parent and in work, which in turn has a negative impact on their children and family. The cuts have also led to an imbalance of power, especially in cases where one party has representation and the other does not.

Commenting on the findings, Senior Lecturer in Social Sciences at Middlesex University Dr Alessio D'Angelo said: "Recent surveys have shown that the vast majority of the British public considers access to justice as a fundamental right.

"However, this right has been dramatically eroded by the recent cuts to legal aid and other cuts and restructuring across the board. The effective lack of affordable access to justice is jeopardising the rule of law. This is having a knock-on effect on people's employment rights, welfare rights, housing rights and more. The most vulnerable people in society are being affected disproportionately."

Chief Executive of Toynbee Hall Graham Fisher added: "We are calling for the reintroduction of legal aid for housing, family and employment matters, with a fresh look at means testing and eligibility.

"More funding needs to be put into place for free legal advice services which provide a lifeline for people who do not have the means to pay for legal advice and representation. In addition, more emotional support should be provided for people experiencing anxiety and distress."

On 9 November, Middlesex University and Toynbee Hall will host a seminar, 'Justice cuttings: legal aid cuts and experiences of accessing justice for those in need', at Linklaters LLP in London, where the report will be launched and academics and service providers will discuss the impact of the cuts.