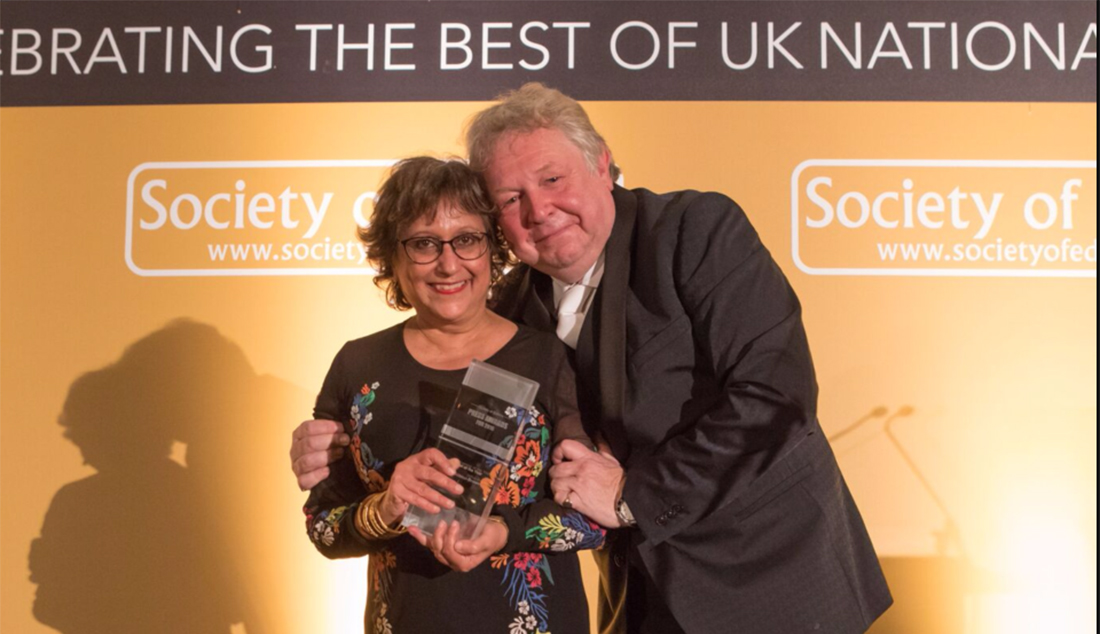 Internationally respected journalist and Middlesex professor Yasmin Alibhai-Brown has been named Columnist of the Year at the Society of Editors National Press Awards.

The annual ceremony, which was this year hosted at London’s Hilton Park Lane, aims to recognise and reward the best of UK journalism. Professor in Professional Practice Alibhai-Brown was one of six journalists to be nominated in the Columnist of the Year category.

“She gets straight to the heart of today’s preoccupations. Accessible, thought-provoking and extremely topical” - Society of Editors National Press Awards 2017 judges

“This prize for a long time seemed to be reserved for white middle class males, who were good at what they did but then so were those outside the club,” she said.

“Women were rarely recognised. And a woman of colour? Never.

“So here I was, a late starter – I wrote my first piece of journalism at 37 – untrained, a migrant, a Muslim, female, somewhat feisty, getting affirmation from my peers.”

Professor Alibhai-Brown has broken through many glass ceilings to get where she is – she was the first person from an ethnic minority to be appointed as a section editor of a national publication, at New Society and then New Statesman, she was also the first to get a weekly column on the main comment pages of a national newspaper – and today she continues to tread new ground as the only Asian, female, Muslim weekly columnist. She has also won several journalism and public service awards including the prestigious George Orwell Prize for political journalism.

As both an academic and practitioner at Middlesex University, Professor Alibhai-Brown has used her experience in the profession to tell students what the industry is really like, including working with two students on two published features.

“I can tell them what they need to do and be if they want to make it and why it is such an important area to get into – the challenges and joy of a tough profession,” she explains.

“This is the most amazing of professions. Also one of the toughest. I still have to ring people, try to persuade them, to sell ideas. It can get very frustrating and sometimes deep disappointments knock you back.  But I never stop and I tell my students to never stop or give up.”