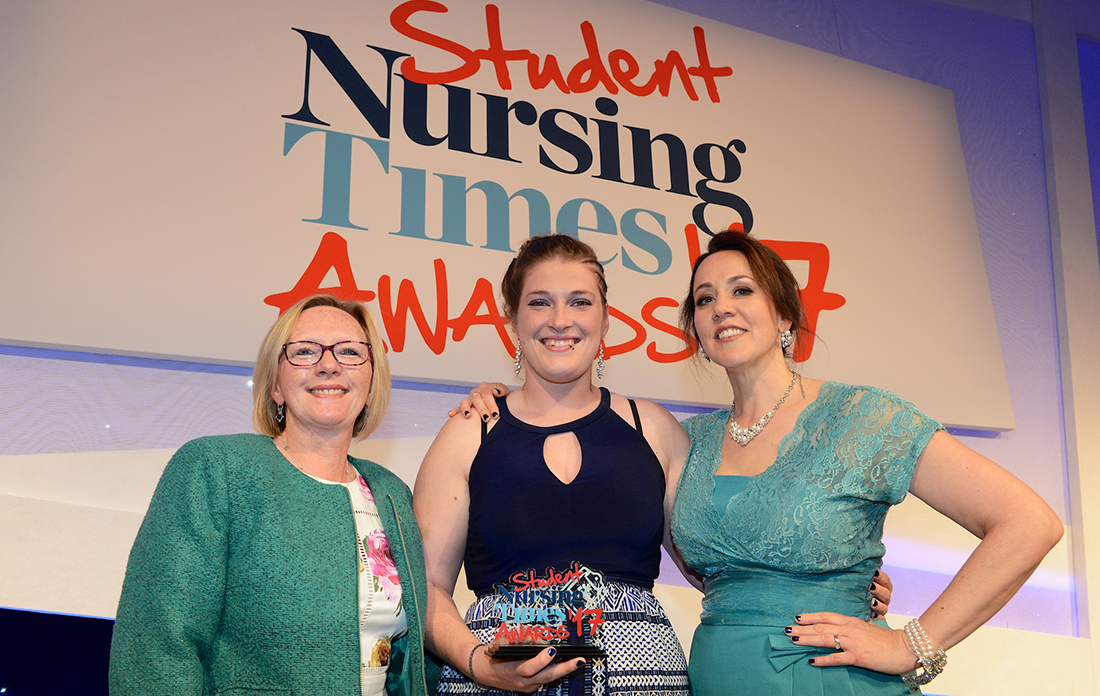 The annual ceremony recognises students from across the UK who have demonstrated the academic achievement, clinical skills and personal qualities that will make them brilliant nurses in the future. It also honours those who are committed to developing new nursing talent as mentors, lecturers and providers of placements.

“I genuinely feel honoured and so proud to have won this award, and hopefully have given some of the nurses studying at Middlesex inspiration to enjoy their career and make the most out of their time at the University,” she says.

Orla began her journey at Middlesex when she began studying BSc Nursing (Adult) in 2012. Two years later she was named Middlesex University Student of the Year 2014 and was elected to the National Union of Students (NUS) Society and Citizenship Zone Committee where she represents students on a national level.

“My passion to support students and other nurses will never be lost regardless of how hard times may get.” Orla Hillary, Middlesex University Students’ Union Vice President of Health and Education

“And it's just really motivating to know that all the work I've been doing alongside nursing has been noted and appreciated by the staff and students at Middlesex university, and now on a national scale.”