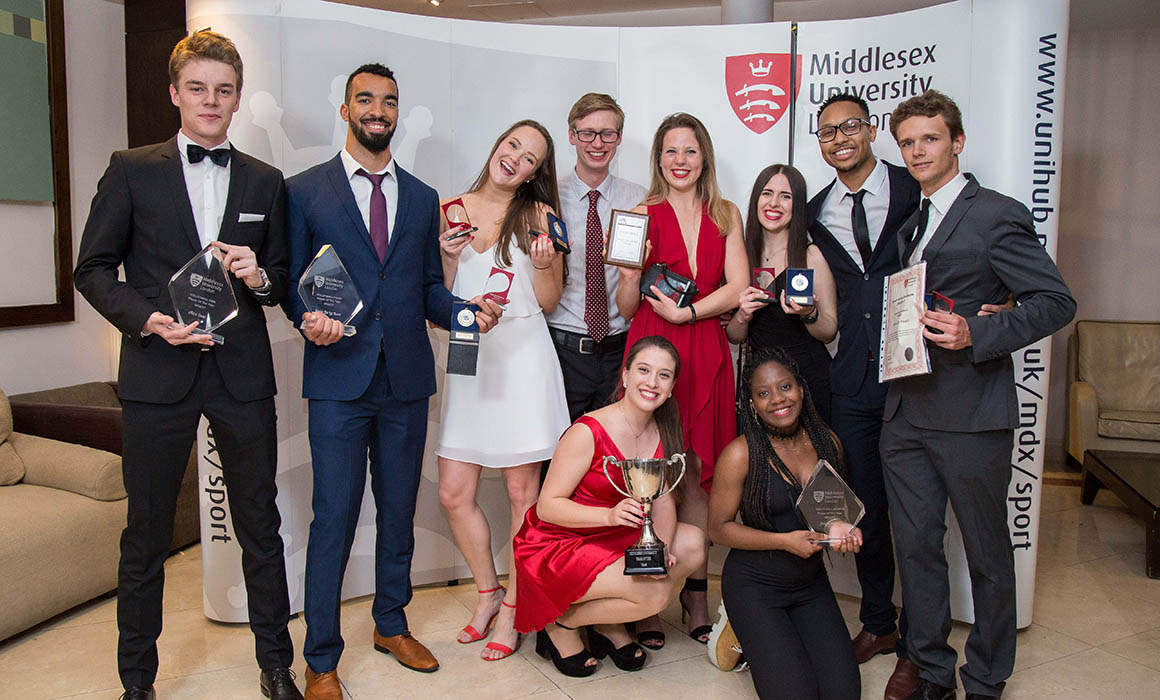 The Middlesex University annual Sports Ball and awards ceremony was held at the Clayton Crown Hotel in Cricklewood on Friday 19 May 2017. Over 250 students and guests attended this year’s prestigious event hosted by guest of honour and former England Saxons rugby hooker, Tom Lindsay.

Mel Parker, Head of Sport and Recreation at Middlesex, was there on the night to congratulate the winning students.

"The Sports Ball is always a good event, but for me it was simply amazing this year,” he says.

The students’ support for all the winners, no matter what team they played for, was loud and encouraging, and the standing ovation for Rui Salgado, a football captain who has battled with cancer this year was very emotional.

“This typifies what sport at Middlesex is about, encouraging and supportive of each other, competitive but fun. I was proud to witness some amazing achievements" 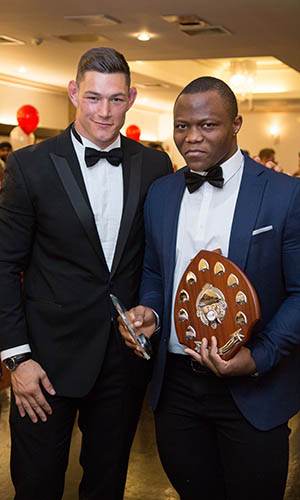 This year’s Sportsman of the year award was given to Cyrille Tchatchet II. His dedication and focus in weightlifting have seen him rise to the top level of the sport in the UK having achieved Gold at The British Junior Championships in 2016. He repeated his gold-winning performance this year at the recent English Championships.

Sportswoman of the Year was awarded to Madalina Ster-Popa for her achievements in Karate. Madalina managed to repeat her winning performance of 2016 in the Senior U55kg Kumite BUCS National Championships, with a second Gold this year. Madalina has also been selected to represent Middlesex University in the European Championships in Portugal in July.

Captain of the Year was awarded to Michael South for his outstanding dedication and commitment, not only to Cricket, but also to volunteering and helping out other teams. His willing attitude and desire to help has shown him to be an outstanding ambassador for sport at Middlesex.

The Volleyball team won Team of the Year. Through dedication, commitment and hard work the team progressed through to league winners in the LUSL Mixed Volleyball Premiership and runners up in Men’s and Women’s Division 2 BUCS leagues. The women’s team also reached the semi-finals of the BUCS regional cup.

This year in addition to the standard awards given, the Sport and Recreation team awarded four special awards to students showing great dedication, commitment and enthusiasm.

A special award for Men’s Football First Team captain Rui Salgado was given to acknowledge Rui’s uncompromising commitment to his sport and to the Middlesex team through severe personal adversity.

Find out more about sport at Middlesex