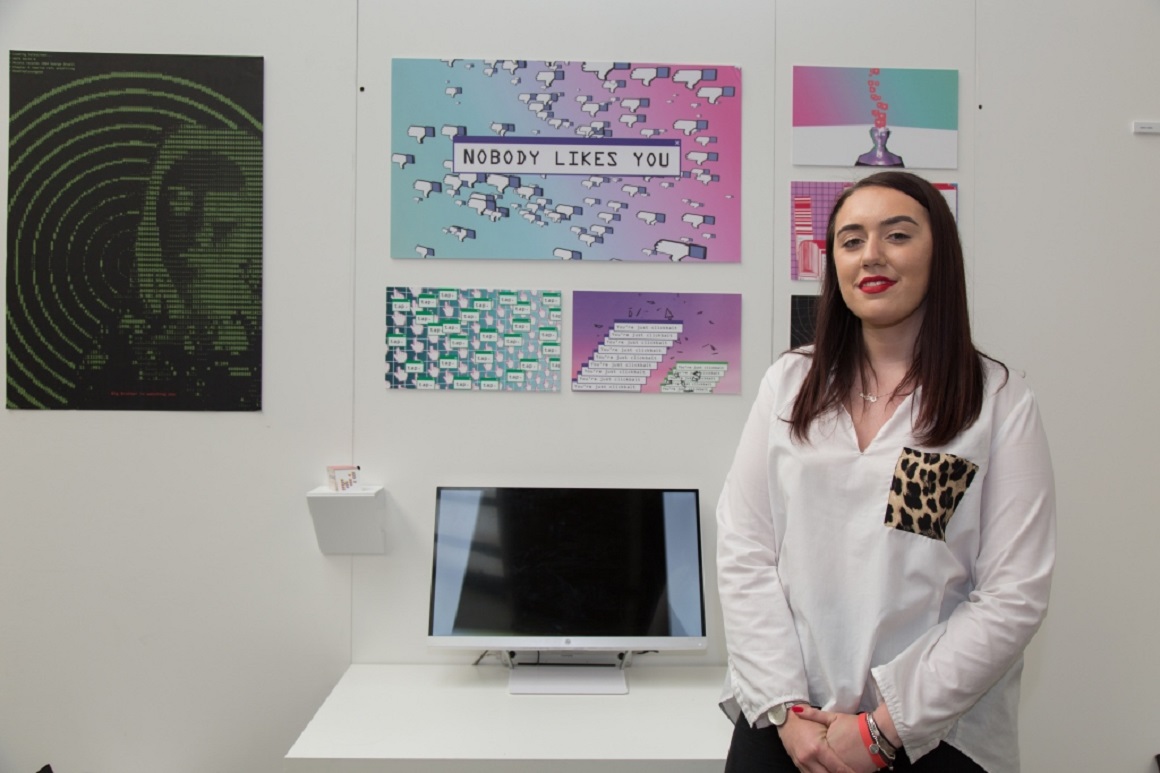 The BA Graphic Design student, who is from Hemel Hempstead, recently showcased her work - inspired by social media and the internet - at the University’s end of year show at Truman Brewery in east London.

Holly is delighted to be using what she learnt on her degree in a professional setting so soon after graduating.

“M & C Saatchi Mobile came in to the University during my second year and I took the opportunity to speak to them," she says.

"I showed them my portfolio to get some feedback. I then found out they had an internship available, which I ultimately got for four months last summer."

“In February I received an email telling me a position for Junior Designer had come up. I was offered the job after the second interview and started a few weeks ago."

Looking at Holly's work it's easy to see why M&C Saatchi Mobile snapped up this promising young designer.

“I do a lot of digital work around the internet including a project called 1984, about George Orwell and surveillance with a really retro digital look.

"My second project is about people’s obsession with the internet and social media and being obsessed with people liking you, following you and the feeling of being trapped in the computer."

Holly says her time at Middlesex was important for her creative development.

“I love the facilities at Middlesex, you have the studio space where you can work and see other people’s projects and you can get inspired by your classmates. Then you go to the library and mix with other students such as fashion students and you can really get inspiration from others work too."

Starting a career in graphic design can seem challenging, so Holly recommends seizing every opportunity.

“My tips for students aspiring to pursue a career in this area would be to sign up for everything. I signed up for every internship and every live brief. Do it all. It does seem like a lot of work but it pays off in the long run.”