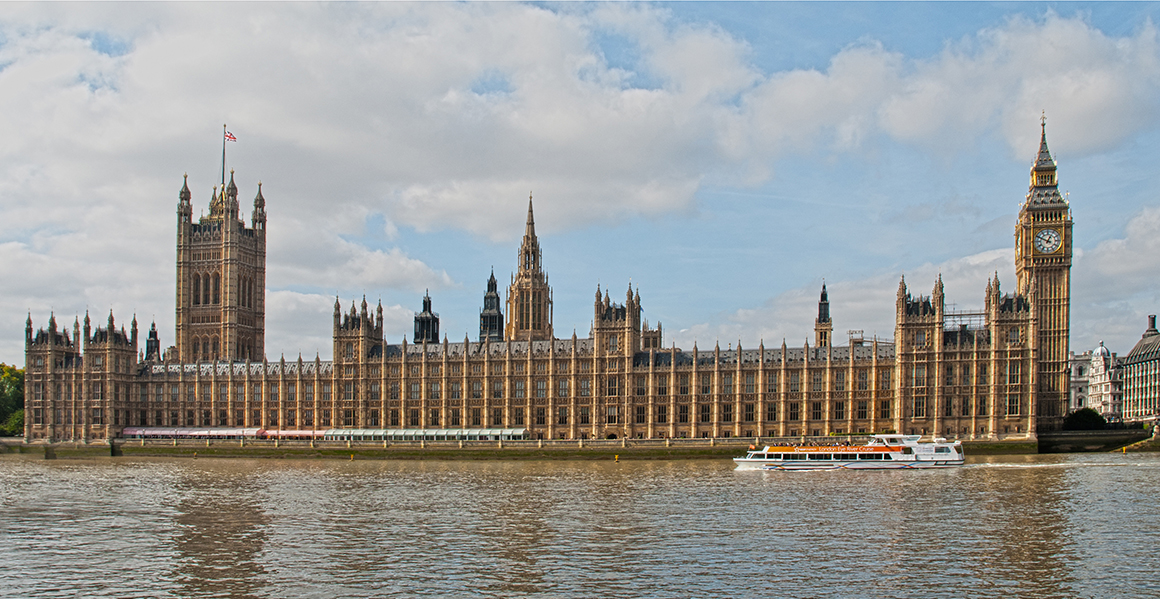 The Palace of Westminster, where Kelvin's portrait of Bernie Grant will hang (image CC2.0 Berit Watkin)

The first pencil portrait to hang officially in the House of Commons was unveiled on 5 December. The portrait is of the late Bernie Grant MP and the artist is Middlesex University alumnus, Kelvin Okafor. Middlesex also awarded Bernie Grant a posthumous Honorary Doctorate in 2001.

Kelvin is the first black artist to be permanently exhibited in the House of Commons and the stunning pencil portrait will be placed outside the Attlee room in Portcullis House. It was unveiled by Leader of the Opposition, the Right Honourable Jeremy Corbyn MP.

"It was exhilarating to witness the unveiling of the work of the first Black artist to permanently exhibit in those hallowed halls," Kurt Barling, Professor of Journalism

Kelvin - a BA Fine Art graduate raised in Tottenham, North London - has won numerous awards for his highly detailed drawings which each take more than 180 hours to create. He was catapulted onto the world stage in 2013 and has continued to captivate both the general public and seasoned art collectors ever since.

Working with nothing more than charcoal and graphite, the young north Londoner captures the inner essence of his subjects whether they are famous celebrities, friends or family members. The Guardian put Okafor alongside past masters Vermeer and Caravaggio.

Kurt Barling, Professor of Journalism at Middlesex University, was invited to show an abridged version of his BBC biography of Grant at the unveiling. Two of his journalism students covered the event as part of their course assessment.

Professor Barling was proud to be part of such a momentous occasion.

“The event was extraordinary on many levels," he said.

"It was exhilarating to witness the unveiling of the work of the first Black artist to permanently exhibit in those hallowed halls and the fact that he’s a Middlesex graduate shows the qualities of leadership we nurture in our students. It also shows how we celebrate diversity, practice inclusion, and transform potential into success.

“It was a fantastic learning experience for two Middlesex Journalism undergraduates who were given exclusive access along with the BBC to film the occasion.”

The video of the unveiling of Kelvin’s portrait will be available early in 2018.