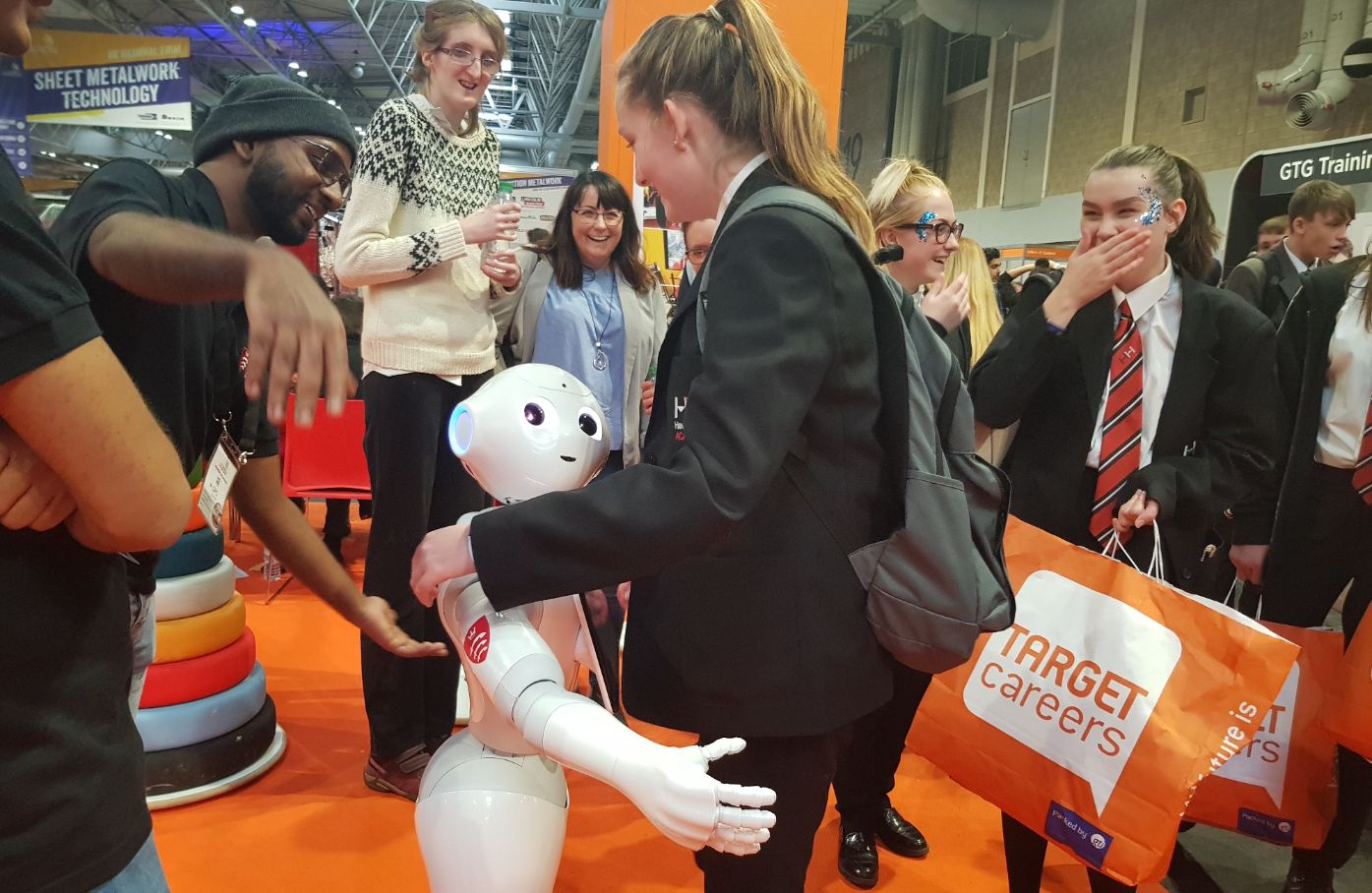 One hundred and six MDX students and staff travelled to Birmingham NEC to help deliver and compete in contests in robotics, automation, mechatronics and industrial electronics, and a demonstration competition in laboratory technician skills. The University came away with one gold medal, one silver and three bronzes, placing it sixth out of the institutions taking part. MDX's gold medal-winning students will now join Squad UK and hope to represent the country at the next WorldSkills International event in Russia in August 2019 following the Team UK selection next March.

These contests have “immediate relevance to what we do on a daily basis,” says MDX Professor of Maths and Design Engineering Mehmet Karamanoglu, who co-ordinated the Middlesex presence. They  embody the combination of academic and technical education; a work-based approach to learning focused on solving real-world problems; and study programmes embedded with creativity which Middlesex offers students to equip them for the Fourth Industrial Revolution. The University “has developed a number of academic programmes where the technical ability standard is set at the level expected to be found at international level,” Professor Karamanoglu says.

During the fair, the University's partnership with Huawei to establish a MDX Huawei ICT Academy, offering industry-standard ICT training and certification, hands-on practical experience and career guidance was announced.

"We are really pleased to partner with Middlesex and see many exciting opportunities ahead" said Pallavi Malhotra, Huawei ICT Academy Manager for Western Europe. "We will work with the University team immediately to move towards certifying students with the Huawei qualification, and develop different ways of working together in future". Middlesex University Director of Global Corporate Engagement David Williams said the University was "delighted to welcome Huawei as a strategic partner - we look forward to developing the relationship together".

Middlesex students, Graduate Academic Assistants and lecturers also presented young visitors to the show with a range of science, maths and engineering games and activities, a display showing the possibilities for future transport, and the MDX-built Motion Driven eXperience chair, which takes users on a virtual reality rollercoaster ride.

- A Super Mario game where groups or individuals move the character by jumping or running on the spot
- Using a graphical form of code to guide a robot around a tabletop
- A competition to build molecular models as quickly as possible
- Tickling or hugging humanoid robot Pepper, who recently appeared before the Commons Education Select Committee
- Getting a selfie taken with compliant robot Baxter
- Playing with a MDX-developed sandbox, which allows you to terraform a 3-D mapped landscape 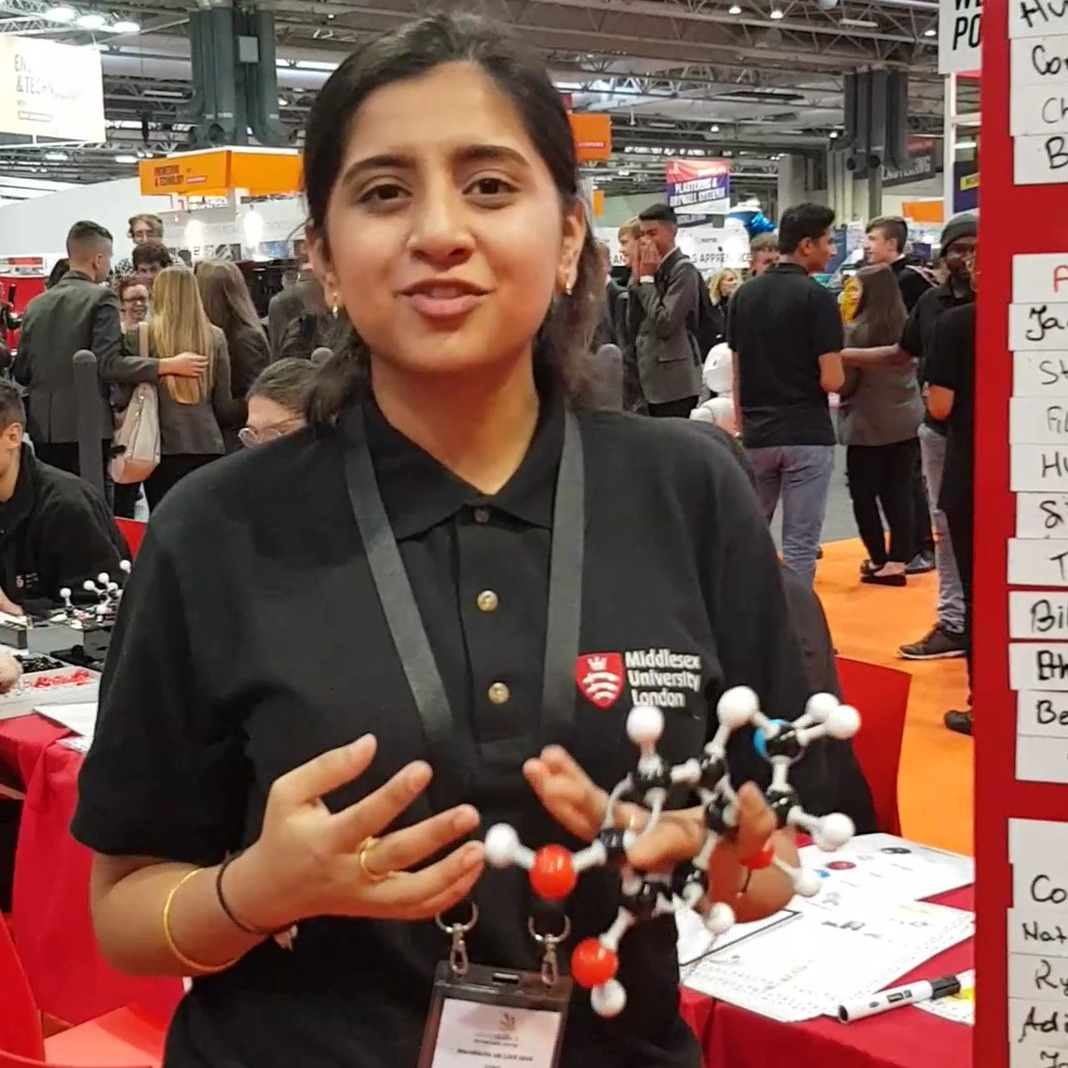 Getting young people, particularly the most disadvantaged, interested in STEM subjects is a key part of the Faculty of Science and Technology's approach to teaching and learning. WorldSkills UK LIVE is one of a series of engagement events which the University takes part in over the course of the academic year, including STEM Festival on campus, SMASHfestUK, New Scientist Live and a STEM Fair at Thorpe Park.

“Engaging our students with their discipline in an authentic way and giving them the opportunity to translate this to a wider public is one of the reasons that we put so much effort into these activities” says Professor Karamanoglu.

First year robotics student Charlie Auletta introduced schoolchildren to robot Baxter. Charlie is dyslexic and dyspraxic and suffers anxiety and depression; he says he couldn't have imagined himself in such a public facing role before he started his course. "I've been getting so much support [from the University]. I feel like a normal student, not an outcast" he says.

Creative technology Master's student Monitrice Turner, from Atlanta, Georgia, wanted to explore the artistic side of tech after previously studying computer science. She's found the course "really refreshing, where I get to meet other women and people of colour [in science]. We are close-knit, we get on. Half have begun careers, all are working on several projects". 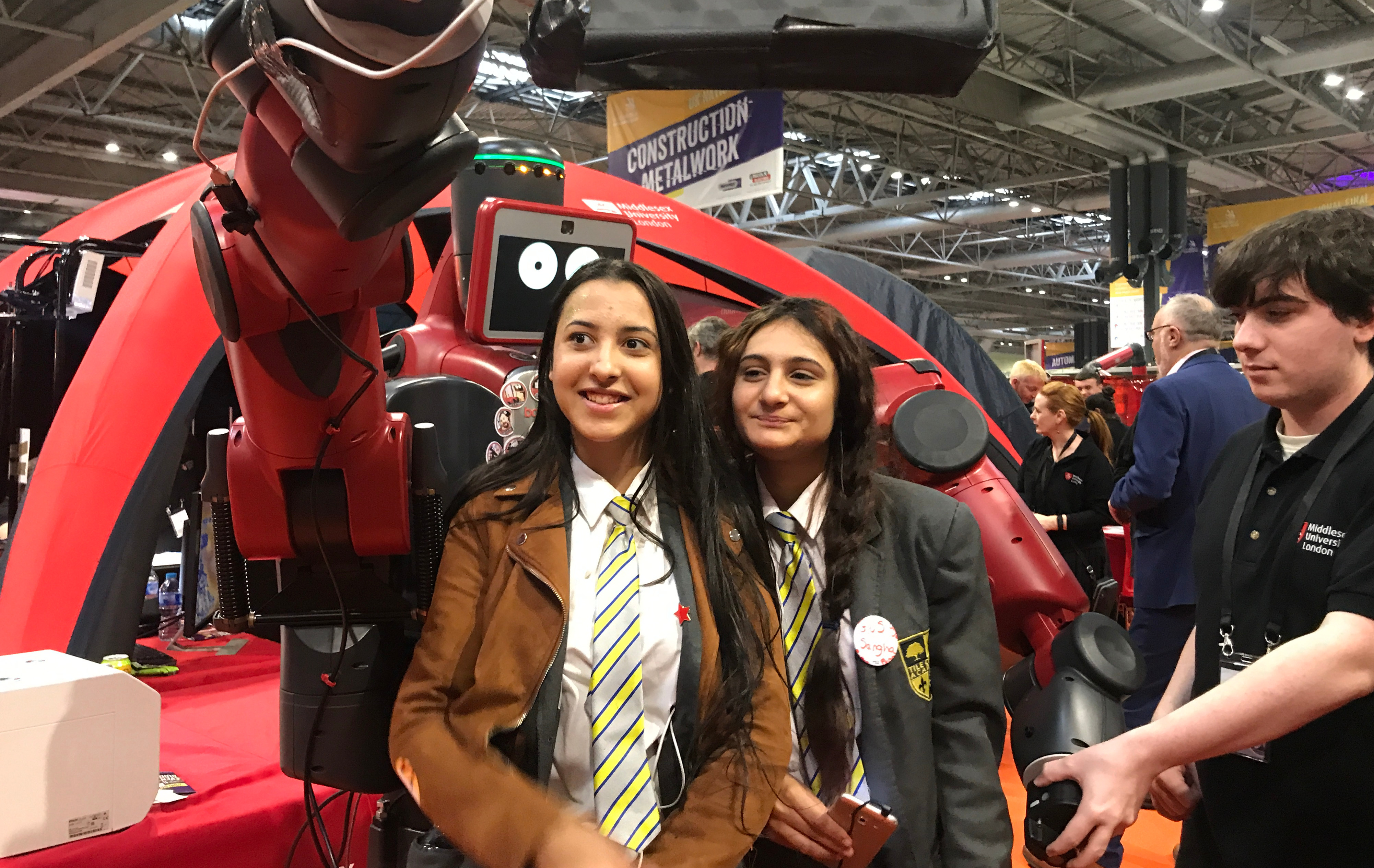 Dr Neil Bentley, Chief Executive of WorldSkills UK said: “WorldSkills UK LIVE has an enormous impact on the lives of young people. It is great to be working with Middlesex University to get our visitors excited about a career in the fields of science, technology or engineering.

Minister for Apprenticeships and Skills Anne Milton, who visited the MDX stand on Thursday and had a "MDX chaotic selfie" taken against light thrown by a double pendulum, said "WorldSkills UK Live gives thousands of young people a chance to show off their amazing potential. The passion is palpable."

To find out more about studying Design Engineering at Middlesex, click here