A-Level Results 2019: MDX stars encourage those on the fence about Clearing to "go for it!"

Edward, Holy, Solomon and Ebba who entered MDX through Clearing have shone at university, and are confident about their next educational or career steps 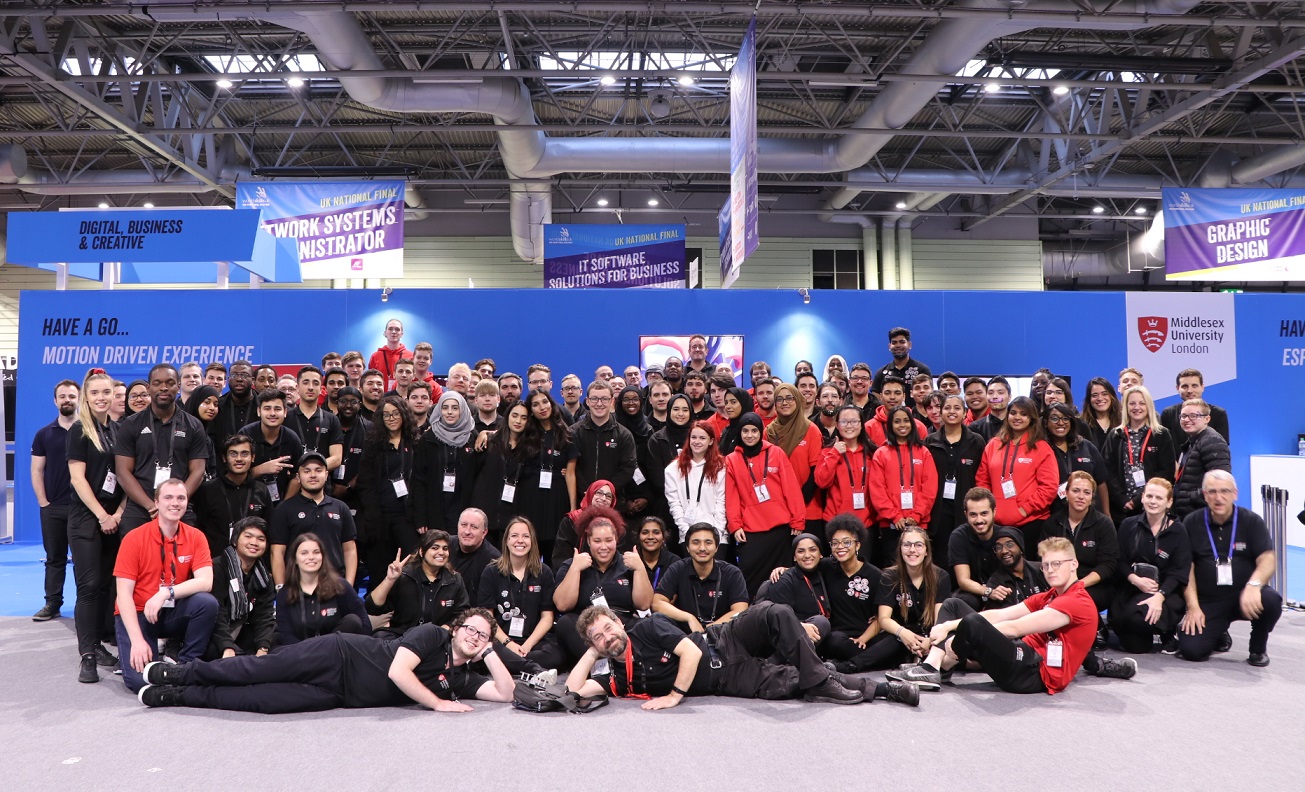 MDX staff and student volunteers at WorldSkills 2018 at Birmingham NEC. Edward Anderson is standing in the back row to the right of the screen. Professor Mehmet Karamanoglu is crouching on the right

Graduates and students who flourished at Middlesex after arriving through the Clearing route reassure those feeling unsure about entering Clearing this week that a dynamic university career awaits them too. 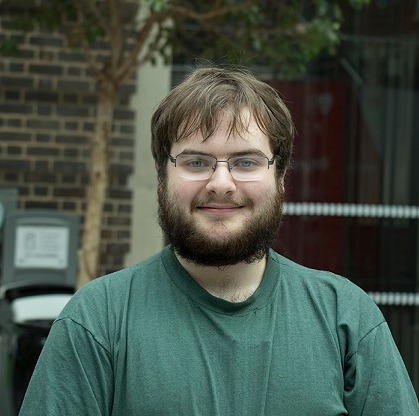 Design Engineering graduate Edward Anderson had a Level 3 Engineering diploma and two AS Levels from Sheffield UTC. He thought he might stay at the UTC to upgrade the ASs to full A Levels. But when competing for Sheffield at the WorldSkills UK vocational skills competition, where MDX has a major presence each year, he so impressed MDX Professor of Design Engineering Mehmet Karamanoglu with his mechatronics skills that Mehmet encouraged him to apply through Clearing in spite of his limited qualifications.

When he first came to look at MDX, Edward thought it was a formality to tick it off his list, but found “the level of equipment was really impressive, the staff were very friendly”, and he was also attracted by the small size of his year group allowing more one-to-one interaction with tutors. He’s taken a different route to the one he expected, specialising in human interaction in robotics rather than mass automation. He got a First in his finals and is going on to do a Masters in September.

Through his involvement in the University’s STEM outreach events, he’s met senior people at companies like Siemens and Festo, and he’s enjoyed playing a science education role: "it's really fun when a young kid is enamoured by the robot," he says, but even better "when the kids start to ask how it works from an engineering perspective". He feels indebted to Mehmet and the Department for the support he got in making his Clearing application, and for holding his place for a year when he unexpectedly needed to defer. 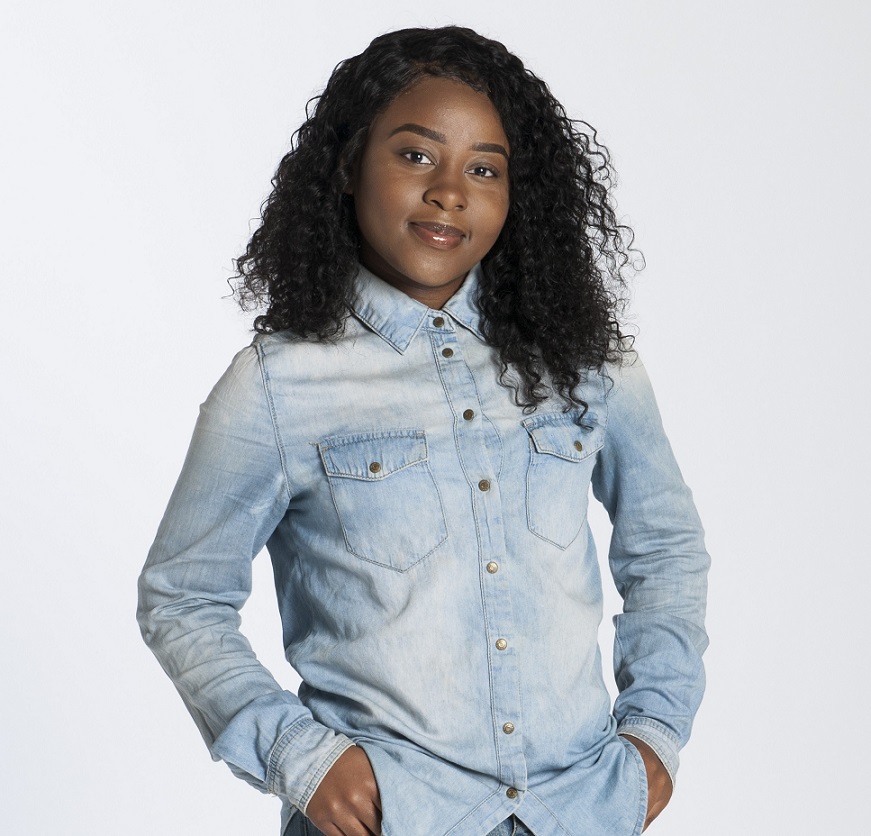 Holy Bondo, going into her third year of BSc Biomedical Science, missed her place to study the same subject at another university by a single grade. On the bus home after getting her results, Holy did as much research as she could about alternative courses, so by the time she walked through her front door, she had a list of universities and phone numbers. After going through the Clearing process at the first university, she says she “felt a lot more confident because it turned out to be less complicated than I initially thought: most of the uni staff answering the calls were really helpful”. At Middlesex, where she got a First in her first year, she’s learned time management skills and also how to make the best use of resources available such as the knowledgeable team of library staff. She advises approaching Clearing in a well-organised way, perhaps making a list like she did, and to “just be open-minded!” 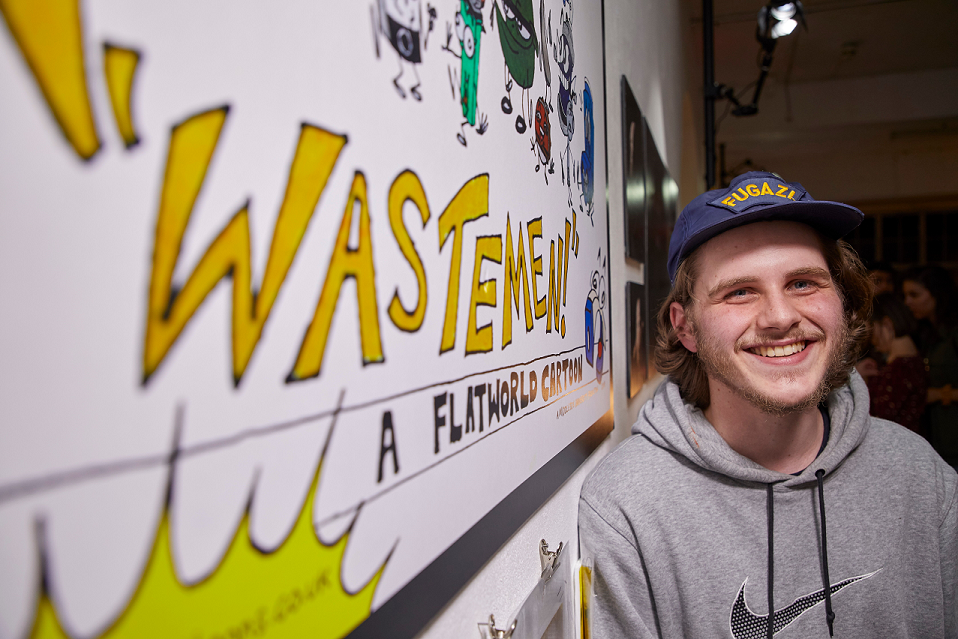 Animation graduate Solomon Triffitt was disengaged at school, finishing with a Level 3 BTEC and a few GCSEs. While he knew he loved animation art, he thought education wasn’t for him and debated setting up a business until he had a sudden change of heart. He looked at a number of universities, getting in touch with Middlesex because it did well on the league tables for Animation and because he wanted to study in London. He was worried that his portfolio wasn't good enough but his tutors came back quickly saying he should send whatever he had, to get the interview process started as soon as possible.

When he came in for an interview, he says he "connected on a different level" with course tutor, BAFTA-winning filmmaker and commercial animator Jonathan Hodgson. "He was able to see that although I didn't have a lot of experience, I had potential”. He advises people feeling unsure whether they want to take the opportunity of Clearing to apply for university to go for it. "Put yourself out there. You'll know just going through interview stage if it's right for you”. 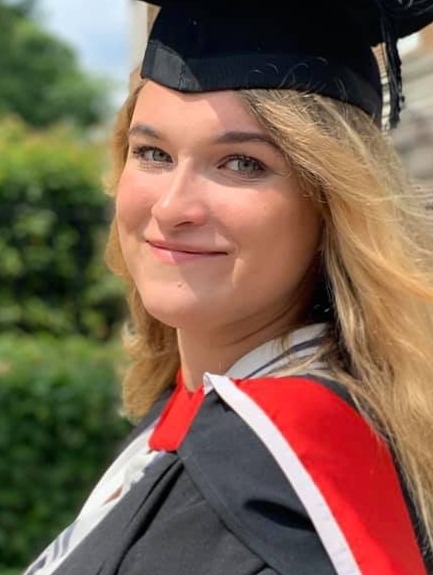 Journalism and Creative Writing graduate Ebba Cappelen, from Norway, had a place at another university to study PR and Marketing after doing her Foundation Degree there, but no longer felt enthusiastic about the course.

She went to an Open Day at Middlesex in September just before the start of the university year, going off independently for a walk around campus and talking to lecturers. She found it “a much warmer and much nicer environment” than her previous university. She applied just before the deadline and won a place.

Like Holy, she found the Clearing process much easier than she expected. “Go for it! The worst that can happen is you get a no,” she says. But before making a decision, she recommends going to talk to current students and academics - “very easy” at Middlesex since “it’s a very open campus and people are straightforward. Lecturers and admin staff go above and beyond to give you a start with your application”.

Ebba says she is "so happy" with her experience at Middlesex and the quality of the teaching: she was involved in projects like the North London Story Festival, where she helped organise a talk by R Kelly documentary maker Ben Zand, and now looks forward to embarking on a career using writing in London.

Missing out on the results you hoped for “might seem like the end of the world but I promise it’s not!” says Holy. “How you initially get into uni doesn’t define your experience there - I’d say I’m definitely testament to that. It’s all about what you do when you get there”.

If you harbour a passion for a subject, believe in yourself, urges Solomon. “If you have that little bit of a spark, it's worth just trying".

Clearing is becoming an increasingly popular path to university. A record 67,500 people were admitted to UK universities through Clearing in the 2018 admissions cycle, and UCAS predicts higher numbers still this year with as many as 80,000 students entering through this route.

More than 100 Clearing phone lines are open at MDX, and they will continue to be available until early October. Applicants can also submit their details directly over WhatsApp, live chat on the MDX Clearing website and by text message, and initial enquiries can be made via Facebook Messenger and Twitter.

MDX Director of Marketing and Recruitment Paul Woods advises those weighing up what to do: “There are so many opportunities available. Just because you have had your heart set on one particular course, doesn't mean that you can't find a great match in Clearing as well.

"This is your life and you need time to feel confident you are making the right decision. At Middlesex we make sure that at whatever point in the cycle, applicants do not feel under undue pressure. Try not to dash onto the first course you're made an offer on - look at what's out there”.

Paul's recommendations to Clearing hopefuls are: