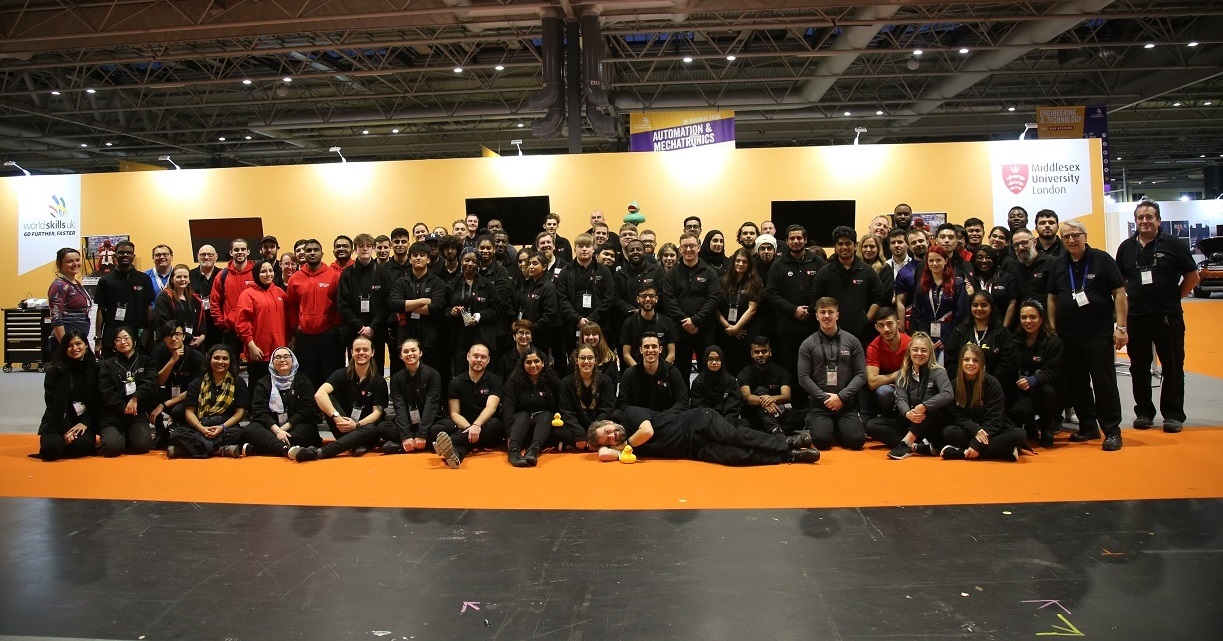 MDX has returned with two silver medals and a bronze from WorldSkills UK LIVE: the UK’s biggest experiential training, careers and skills event at the NEC Birmingham, which provides the backdrop to the WorldSkills UK competitions’ National Finals.

Senior Lecturer in Construction Architecture and BIM Homeira Shayesteh said she felt “so proud” of Viorel and fellow MDX competitor Vidmantas Benaitis’ performance in the finals, which puts them in the top ten students and trainees at BIM in the UK. “They are extremely talented students and had the opportunity through MDX to learn BIM for projects they undertook during their Architectural Technology BSc – normally it isn’t studied at undergraduate level”, says Homeira. They were in the first cohort of Architectural Technology students to graduate last summer, and are now both on the BIM Management and Integrated Digital Delivery MSc. 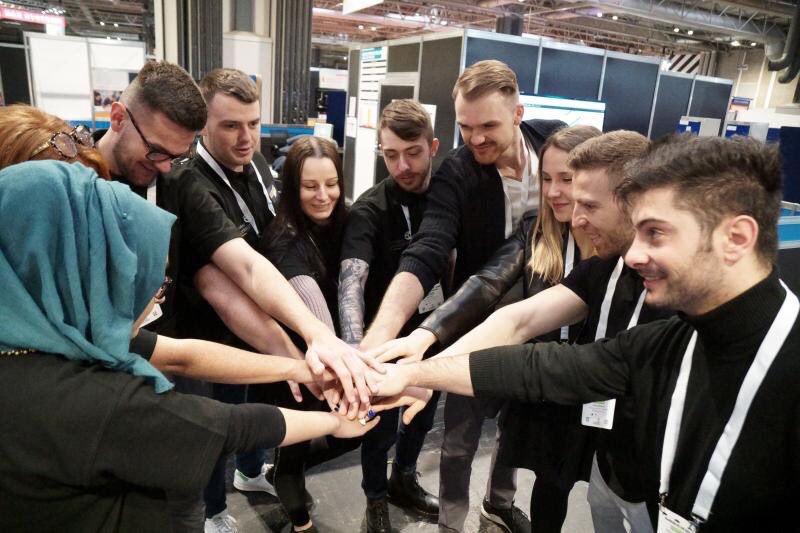 "Studying at MDX helped me progress very quickly in my career as I had great mentors and tutors guiding me in the right direction" says Viorel. "I accepted the challenge  from course leader Noha Salreb to compete in the WorldSkills regional finals, and got enough points to qualify for the national finals.

"It was two days of very intense competition. The experience was great - I love competing and I enjoyed meeting other students. Being in the top two in BIM in the UK helps with job offers and personal development. Various people reached out to me on social media because I was in the top ten for the finals". 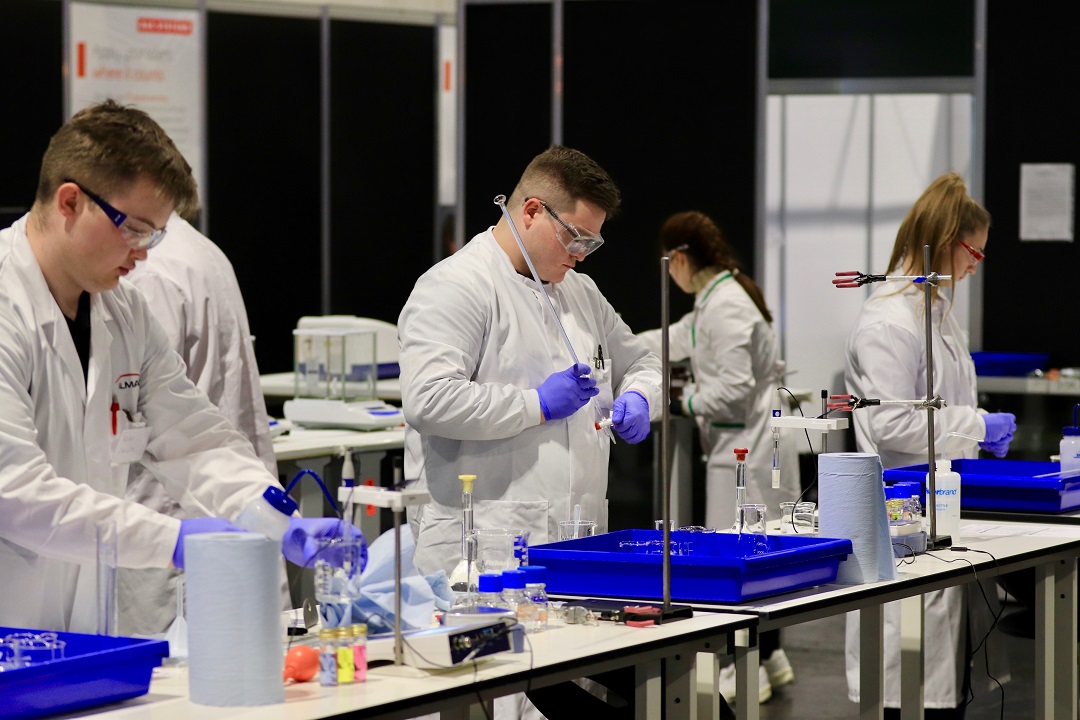 The event also marked the first full competition finals in the Laboratory Technician discipline, which MDX has piloted for WorldSkills UK over the past two years. MDX Senior Lecturer in Bioscience and Biomedical Science Dr Dirk Wildeboer, who runs the competition in Birmingham, has been elected Chief Expert for the next WorldSkills international finals in Shanghai in 2021. MDX BSc Pharmaceutical Chemistry student Sivakorn Greetadamron and BSc Biology (Biotechnology) student Mert Ozturk were among the contestants at the NEC. MDX also had two teams in the Mechatronics competition - Stefan Benedict and Bhavik Patoliya, and Miguel Afonso Dias De Martins Cosme and Amani Ahmad. 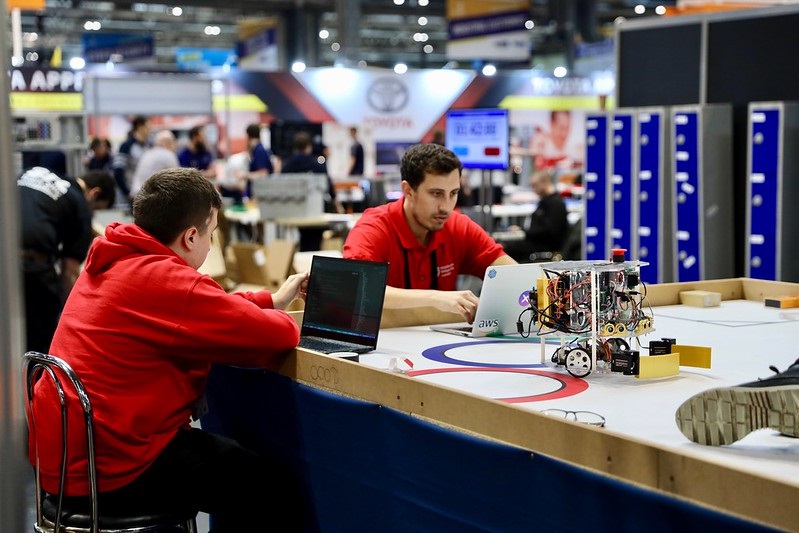 Alongside the competitors, MDX had a team of more than 100 students and staff demonstrating exhibits and games to the school groups and families visiting WorldSkills UK LIVE. These included MDX robots Pepper and Baxter; a life-size motion-sensing Super Mario game; an interactive, terraforming sandbox; strength-testing and molecule-building challenges; plus the ever-popular Motion Driven eXperience virtual reality rollercoaster, for which there were long queues at peak times. 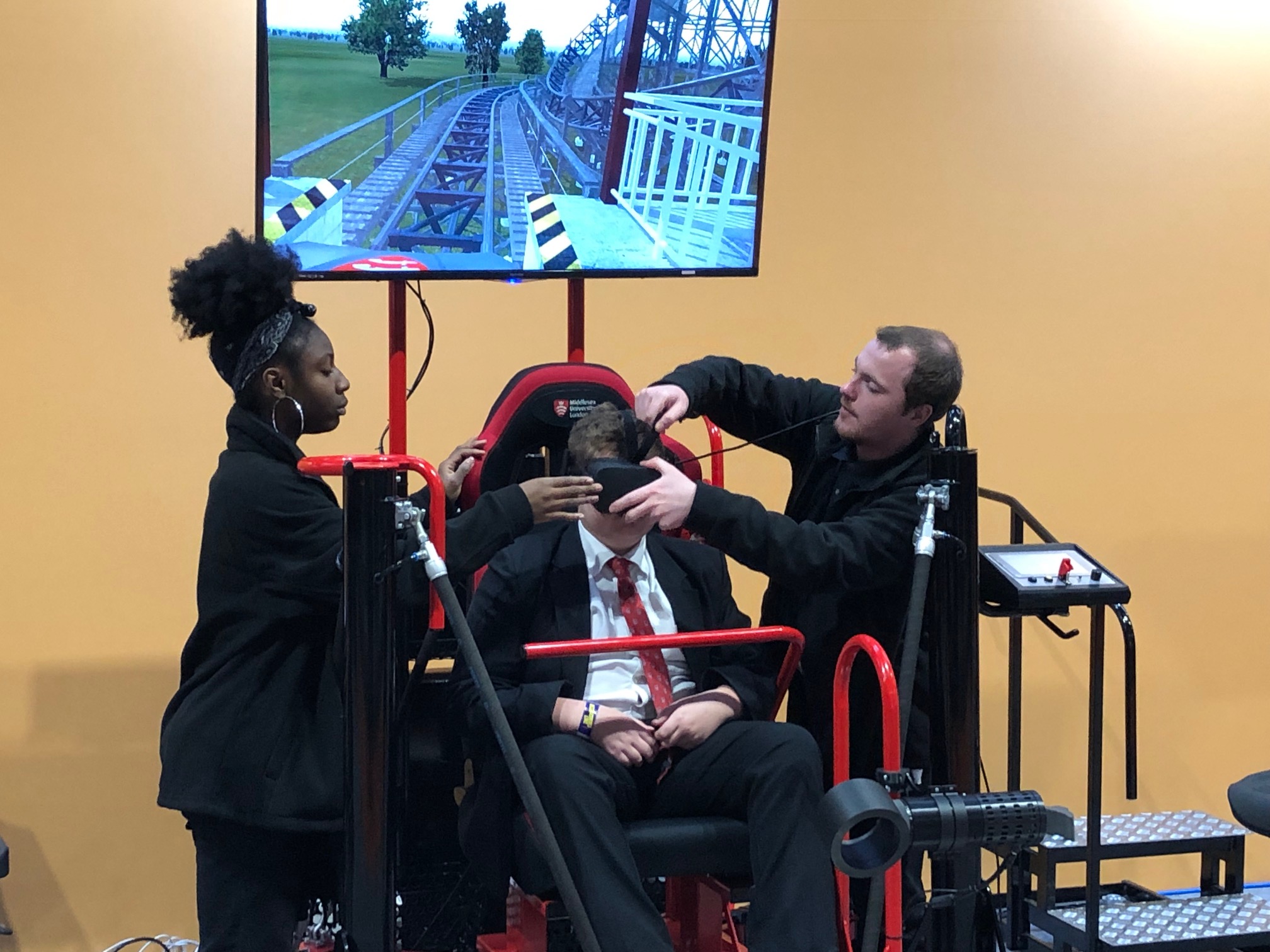 "That was crazy stuff! You're in the air, you're in space... It's the best thing here to be honest," said Awais, an IT student at Peterborough Regional College, after his turn on the journey through space version of the VR experience. 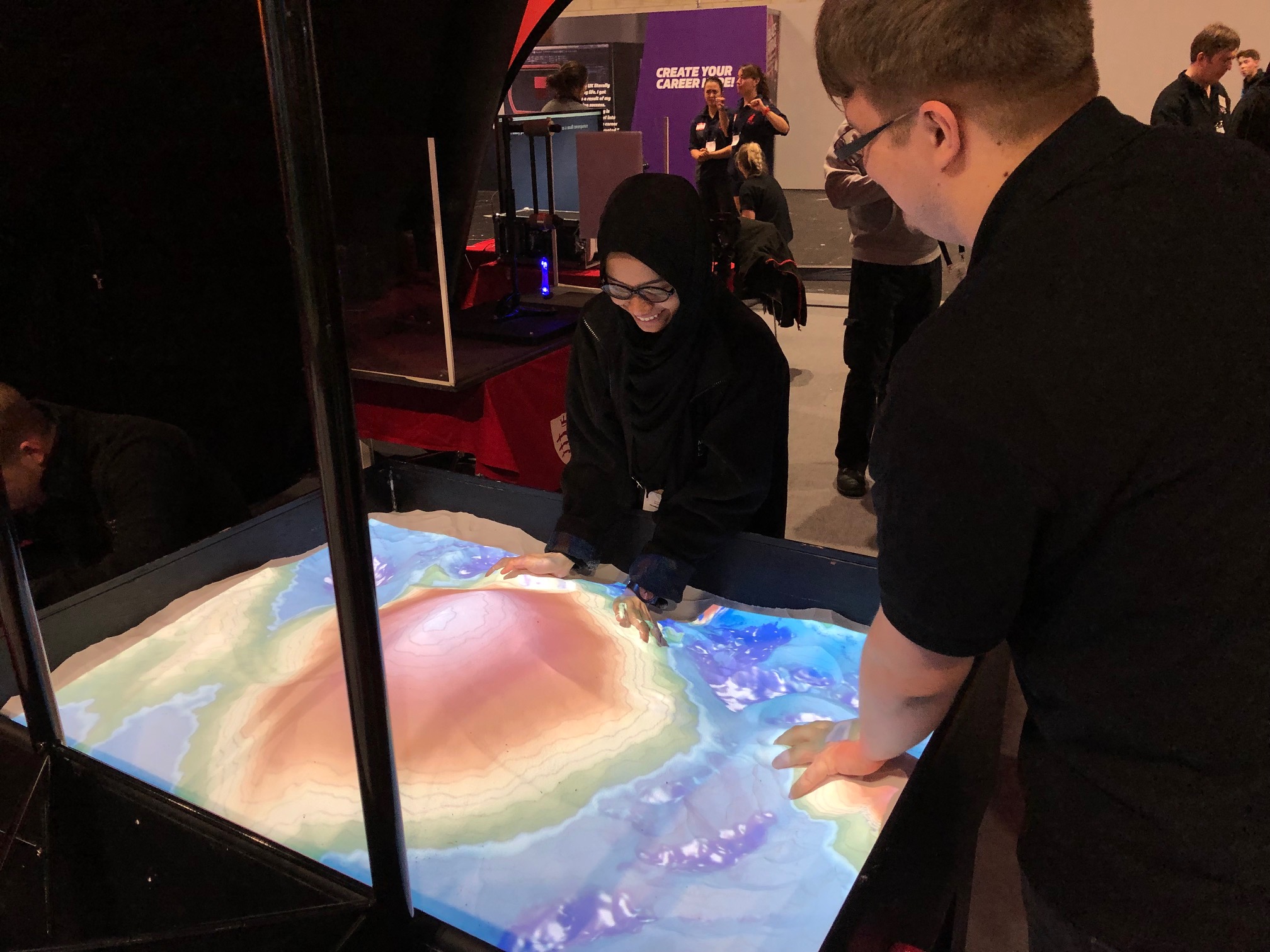 “We had an amazing presence at the event and we were the envy of many institutions, occupying over 1100 square metres" says MDX Professor of Mathematics and Design Engineering Mehmet Karamanoglu, who co-ordinates MDX's WorldSkills operation each year. "There were 118 of us that took part - staff and students across the faculty but also colleagues from professional services that supported the event. All help is very much appreciated as meeting the expectations of 78,000 visitors over three days is not a small ask”. 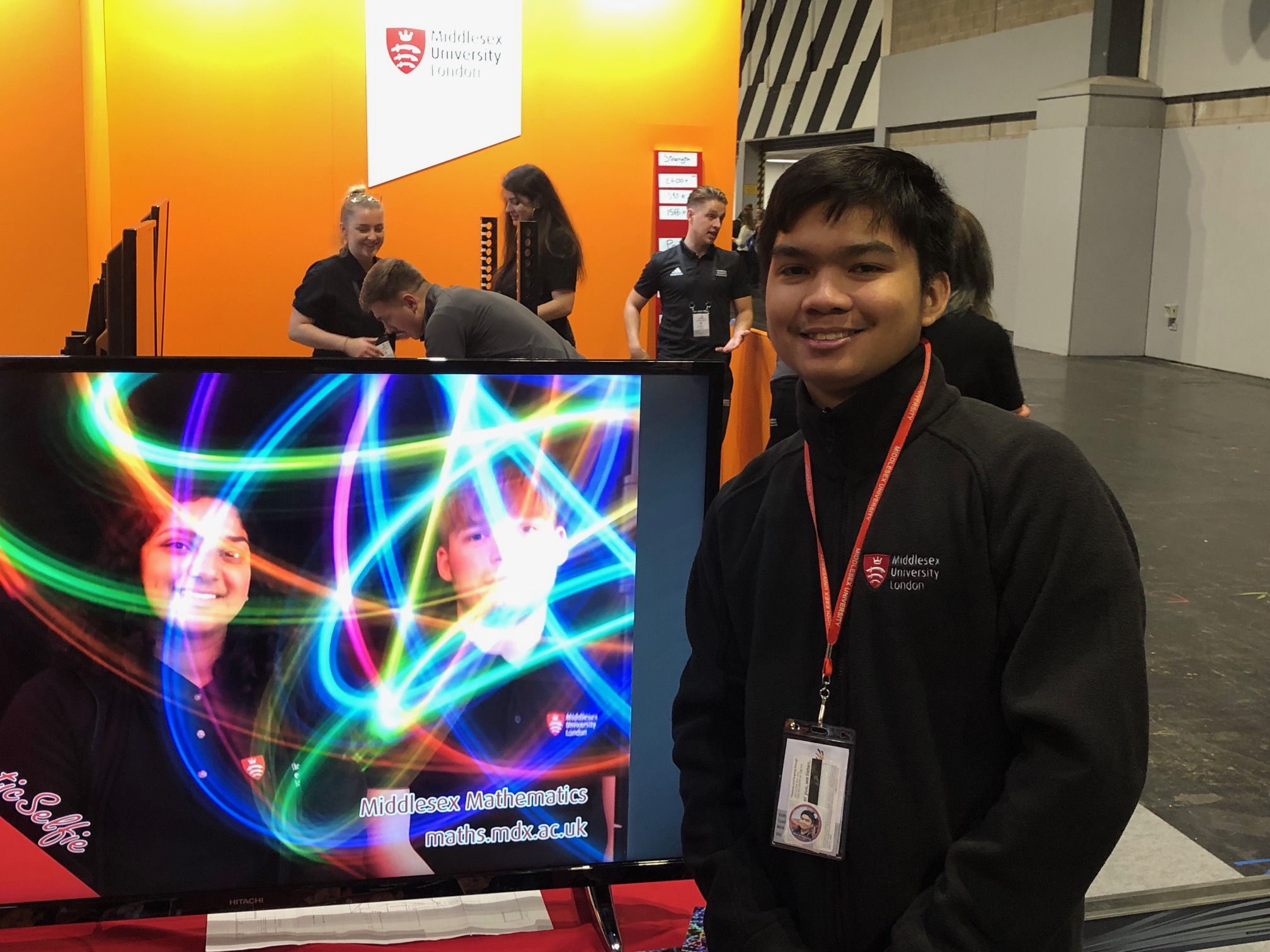 Third year Maths student Voltaire dela Cruz, who transferred straight into the second year at MDX from university in the Philippines, hopes to apply his maths skills to real world problems by going into a role where he can work with big data and programming software. Of his WorldSkills experience, introducing young visitors to the Chaotic Selfie and Tower of Hanoi exhibits he said: “I find it fun - it helps me practice my social skills and makes me more comfortable talking to people”.

“It’s very rewarding, I like doing all outside events” said Graduate Academic Assistant and PhD student Milan Vu, doing his second stint at World Skills. “You explain [concepts] in a different way than to an undergraduate student”. 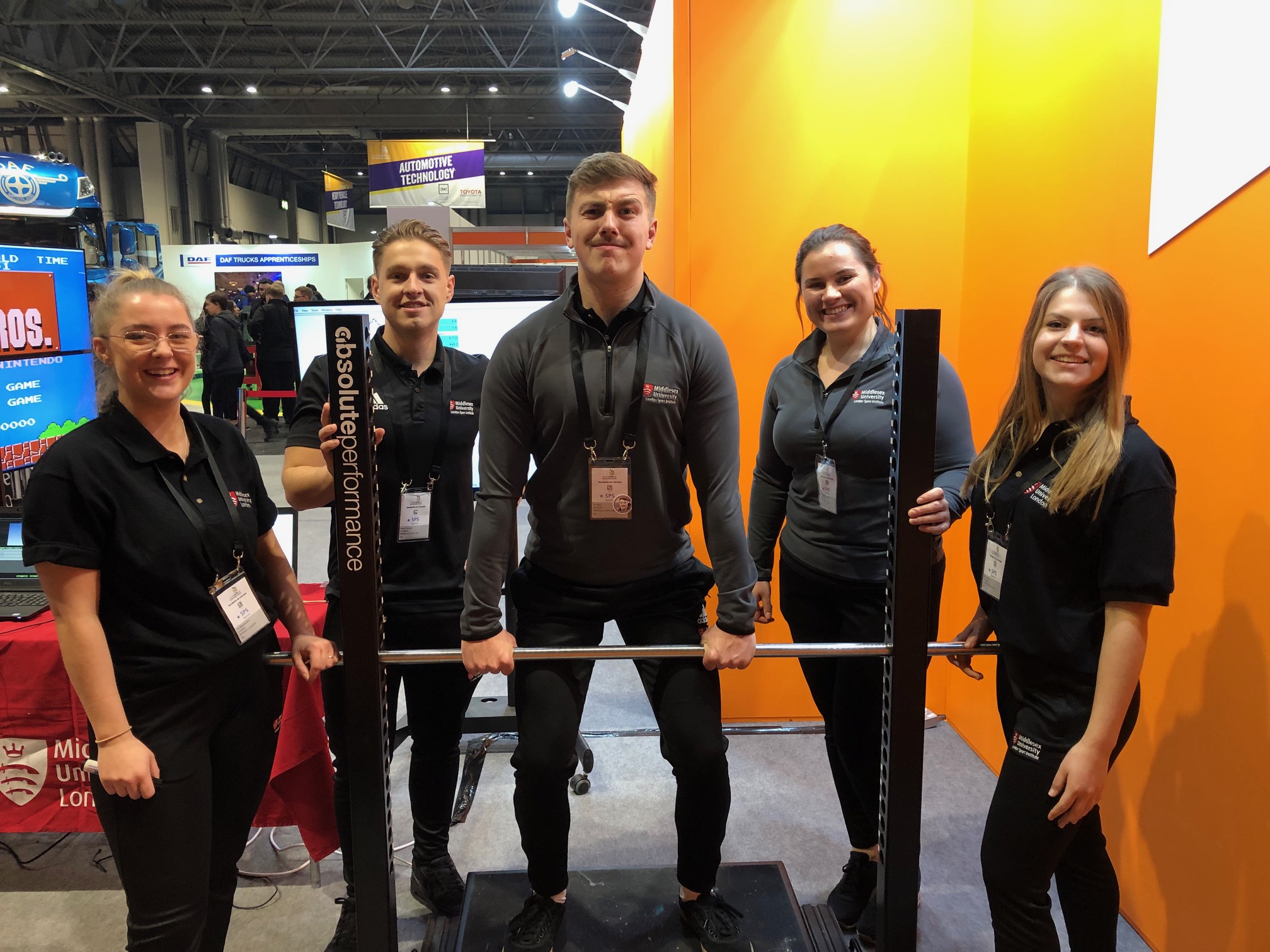 Among volunteers on the Psychology stand was Daniel Timothy, a mature student in his final year who worked in facilities maintenance before coming to MDX. “It’s given me lots of prospects and opened lots of doors," he says. He's currently considering whether to continue his studies with a Masters in Forensic Psychology. Sports Scientist Elena Mitova, from Bulgaria, loves the breath and variety MDX offers: “You have practical along with theory. You have the opportunity to do placements. You have the biggest libraries and biggest gyms” she says. 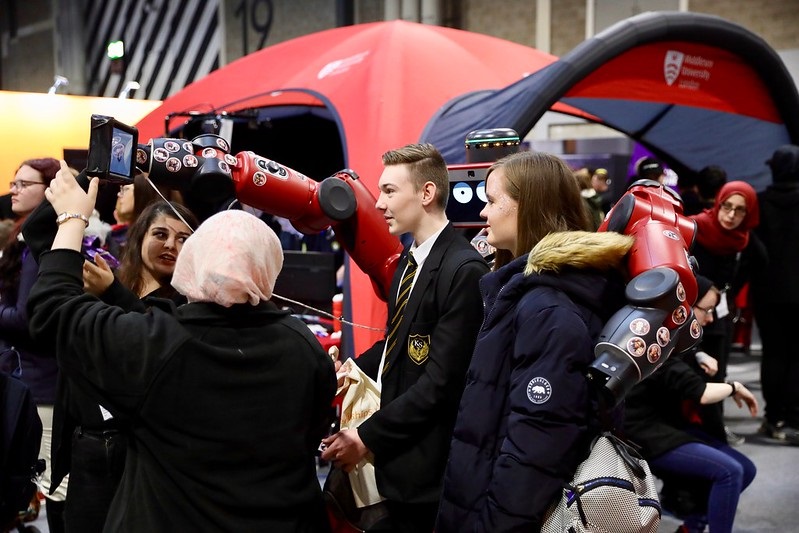 Interim Vice-Chancellor James Kennedy said, "Well done to the winners - and thank you to everybody who took part. Success is only possible because of your time, effort and energy”.

World Skills UK took place at Birmingham NEC from 21-23 November. MDX's next Science and Technology public engagement event is STEM Festival, in the Quad on 11 March 2020.