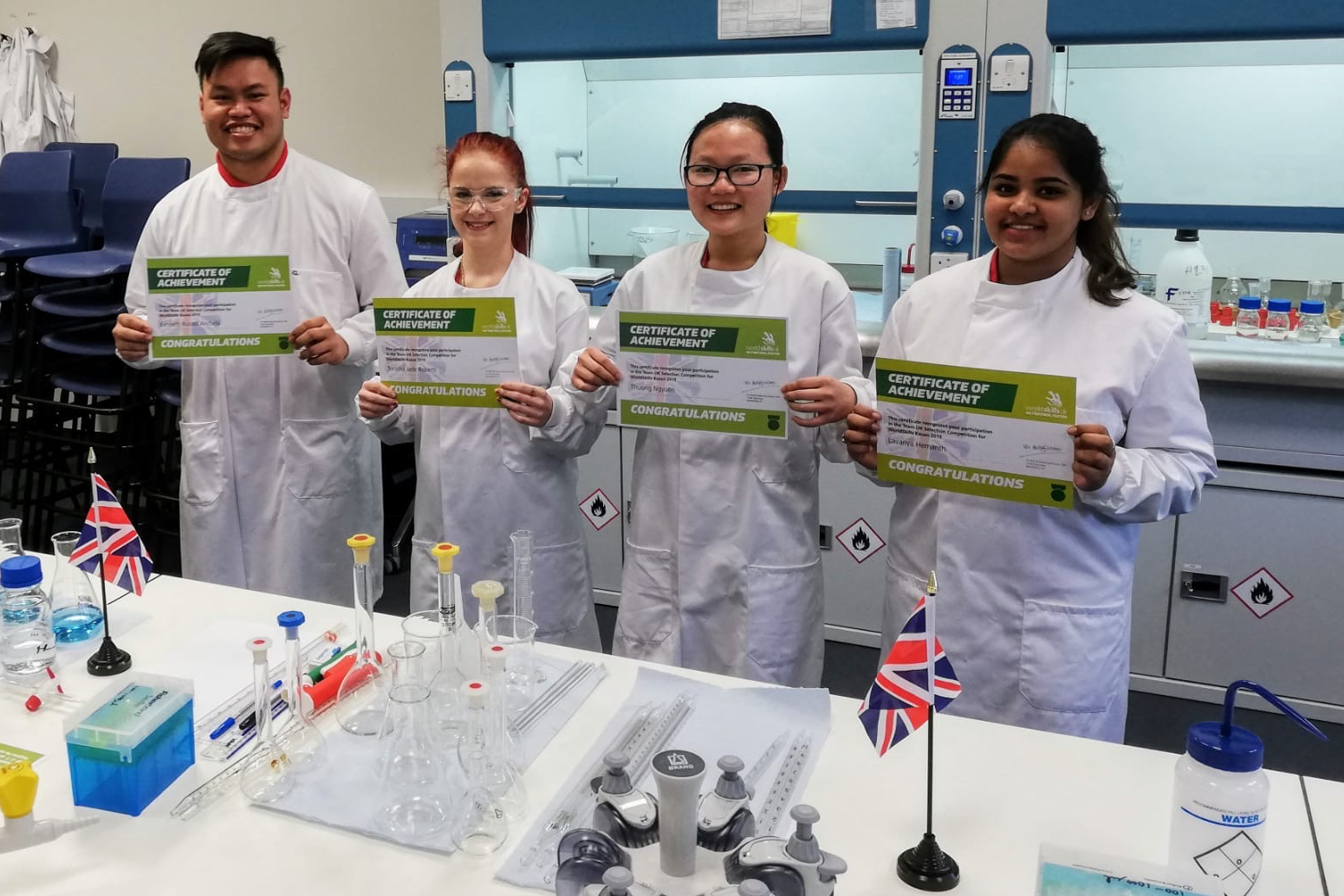 Third-year MDX Biotechnology student Lavanya Hemanth has been selected for WorldSkills UK squad training for the next “skills Olympics” in Shanghai in 2021.

Lavanya was chosen for the Chemistry Laboratory Technology category alongside Lewis Dymock of New College Lanarkshire and Adam Purvis of Southern Regional College. The students and apprentices in the squad – 137 in total – will spend the next 18 months in training, fitted around their work and study commitments, before undergoing UK team selection in summer 2021.

"She won the regional qualifier, thus qualifying for the UK finals, where she came fourth and was selected for Squad UK in 2019," Dirk added. "Following a strong performance in training and at Team Selection for Worldskills Kazan, she was invited to re-join the Squad for Worldskills Shanghai. Judges and trainers commended her for her calm and organised approach to laboratory work, her strong data analytical skills, independent working and good laboratory practice". 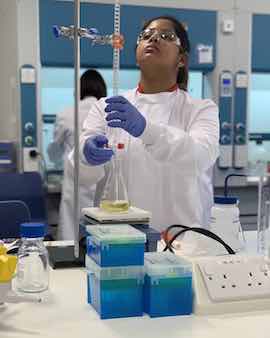 Lavanya says: "At the beginning, I was just so excited to be part of this amazing experience. As part of the UK squad, I received intense training in various chemical laboratory techniques. This not only prepared me well for the competition, but it also helped enhance my skills and gave me confidence in my abilities to work in a competitive environment.

"It is a roller coaster ride but with a wonderful learning experience and I am looking forward to the upcoming squad training and selection".

"I am very thankful to MDX's Natural Sciences department for their support, especially my training manager, Dr Dirk Wildeboer, who made sure I could balance my academic work and the competition," Lavanya adds. She hopes to become a research scientist after she graduates.

WorldSkills UK CEO Dr Neil Bentley-Gockmann OBE said: “It is fantastic to see such a strong squad of young people all of whom are aiming to represent the UK on the world stage in Shanghai.

“They will be flying the flag for the UK, demonstrating to the rest of the world that we are developing the high quality skills needed to help us to trade internationally and attract inward investment across all of the UK to create and maintain jobs."

Education Secretary the Rt Hon Gavin Williamson said: “As someone whose job is to be an ambassador for this country and the fantastic range of skills and innovation our young people can offer, I’m excited to see another talented group of young people preparing to showcase their skills on the global stage".

As the charity which manages the UK’s entry to the WorldSkills competition, WorldSkills UK has set out its ambition over the next decade to use its participation in the event to bring back innovation from more than 80 competing nations to help create a world-class skill system in the UK to support economic growth, productivity and competitiveness.

Through its Productivity Lab programme, WorldSkills UK is seeking to work with partners in education, training and business to harness global best practice to raise training standards to the best in the world, with the aim of inspiring more young people to take up apprenticeships and technical education as a prestigious route to success.

MDX has pioneered the development of the Chemistry Laboratory Technology event at a UK level, organising a showcase at WorldSkills UK LIVE in Birmingham in 2017 and a demonstration competition in 2018.

Dirk Wildeboer, Environmental Health technician Salma Conner and Deputy Dean Celia Bell led on this supported by a number of their colleagues in the Natural Sciences department. During WorldSkills Kazan, Dirk was elected by his colleagues to be Chief Expert for Chemistry Laboratory Technology at WorldSkills Shanghai.

To find out more about Bioscience at MDX click here