International Women’s Day 2020: MDX research on gender, justice and security – one year on 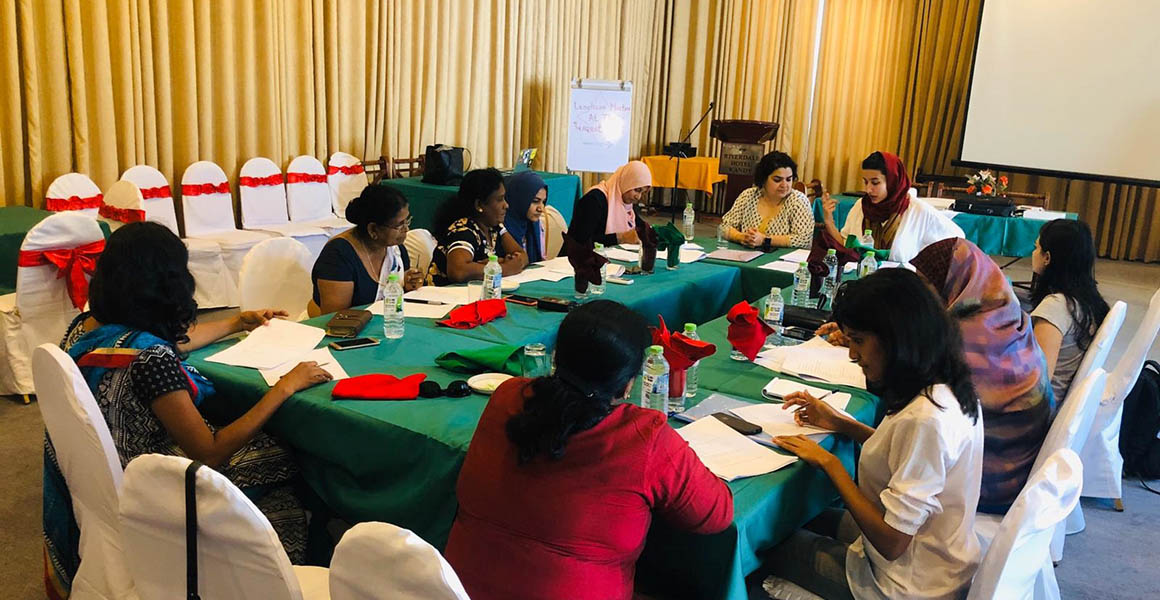 MDX academics - including Professor Eleonore Kofman, Dr Janroj Keles and Dr Neelam Raina - are managing the Gender, Justice and Security research hub of a major study that focuses on gender and human rights.

GCRF – Gender, Justice and Security Hub, which launched this time last year, is co-ordinated by the London School of Economics (LSE).

Middlesex was awarded almost £1.7 million for five years to conduct research in seven countries of Middle East and South Asia. It is the largest award in social sciences, creative industries and humanities, ever awarded to Middlesex.

The university's researchers are focusing on Afghanistan, India, Iraq-Kurdistan, Lebanon, Pakistan, Sri Lanka, and Turkey. While each is distinctive in its experiences and timelines of conflict, the cases are broadly based in Middle East and South Asia and are all significantly conflict affected.

The academics at MDX are concentrating on two key themes:

“This vital and ambitious study has the potential to translate research into what needs to happen to achieve a better understanding of gender aspects of displacement and women’s empowerment. We are focusing on countries that have all experienced conflict and displacement and therefore there is a lot to learn and compare." Professor Kofman, Middlesex University

The Transformation and Empowerment stream will create significant beneficial impacts for conflict-affected populations and civil society groups in the core countries. MDX academic Dr Neelam Raina, Associate Professor, Faculty of Arts and Creative Industries, is the Co-Investigator in one of the studies in this stream.  MDX’s project under this stream Culture and Conflict will focus on Afghanistan, India, Pakistan and Sri Lanka. The project explores the visual and material cultures of regions to understand the shifts caused by conflicts in the regions of study. It will use a cultural mapping methodology to explore how communities of women, across different conflict contexts rely on coded and tacit knowledge to rebuild their lives.

The Migration and Displacement stream is organised around two premises: first, both conflict-induced displacement (internal and international) and migration in the post-conflict state are highly gendered; and second, the restructuring of the post-conflict state may give rise to competing tensions, including the creation of new opportunities and the exacerbation of ethnic, religious and gender-based divisions which deepen vulnerabilities. For example, women and children are over-represented in refugee populations and in many conflict-affected societies, women outnumber men as labour migrants, with child and adolescent girl migrants also increasingly present.

The stream is Co-Directed by Eleonore Kofman, Professor of Gender, Migration and Citizenship, who is also the Co-Director of the Social Policy Research Centre at Middlesex University. This stream is working in collaboration with University of Colombo.

MDX is leading three projects under this stream in collaboration with UCL and IDS.

Professor Kofman is studying the Gender Dynamics of International Labour Migrant. The research seeks to contribute to a gender-sensitive understanding of the interaction between economic and socio-cultural drivers of labour migrations in different cities in Kurdistan-Iraq, Lebanon, Pakistan and Turkey and how migrant women use these urban spaces.

The research explores comparatively, the nature of gendered migration and displacement (internal and international) for adults, adolescents and children. The study seeks to understand and measure how gender inequalities are affected by forced displacement in Afghanistan, Kurdistan-Iraq, Lebanon, Pakistan, Sri Lanka and Turkey and to examine how these inequalities might be addressed in policies of international protection to facilitate the empowerment and acquisition of skills of displaced girls and women.

This project explores and analyses the gender experiences of returnees (forced and voluntary) and changes in families and communities in conflicted and/or post-conflict societies in Afghanistan, Kurdistan, Pakistan, Sri Lanka and India.

MDX is collaborating with a number of academic and non-academic partners in all seven countries.

Find out more about more about courses in the Faculty of Arts and Creative Industries and for more information about Social Sciences at Middlesex.