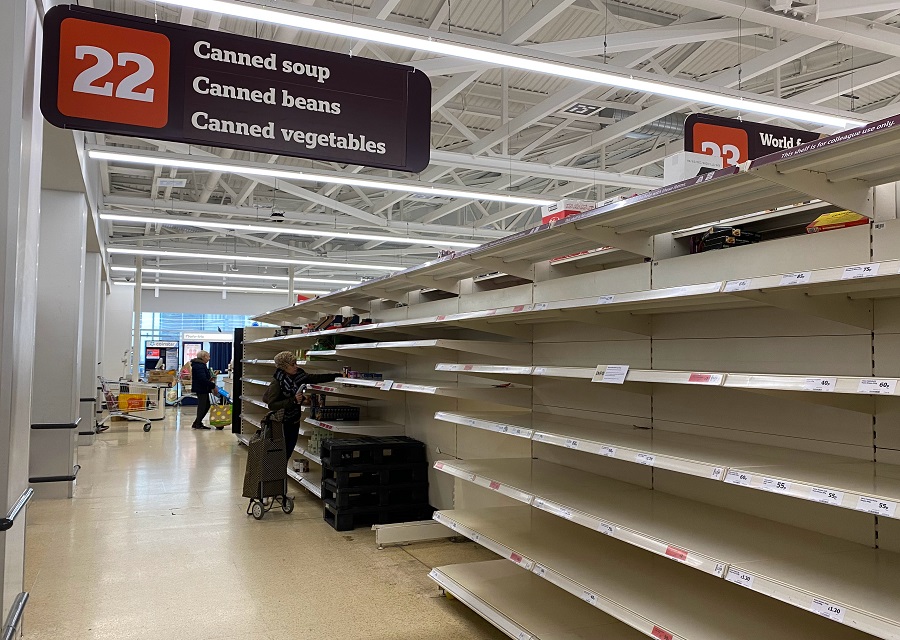 Increased shopping, dubbed ‘panic buying’ at the start of coronavirus outbreak, is linked to how animals hoard food during times of danger, research by Middlesex University explains.

The risk and uncertainty caused by the pandemic led people to change their behaviour and stock up on food items because they feared a shortage of supply in future.

The research paper, co-authored by Tom Dickins, a Professor of Behavioural Science, and PhD candidate Sabrina Schalz, explains similar behaviour is seen in the animal kingdom: “When food reward is unpredictable in foraging scenarios, animals will resort to fat deposition or food caching (hoarding) or both.

"We were thrown into this world of uncertainty and risk and this flipped people from their normal steady state behaviours into a new set of behaviours whilst they learned to deal with the situation. Whilst you did initially see something that’s labelled ‘panic buying’, it’s actually people rationally adjusting to a situation that’s scary and then getting on with it." Tom Dickins, Professor of Behavioural Science.

“Fat deposition can be caused by consuming more food or by changes in metabolism under unpredictable conditions but, irrespective of mechanism, foraging activity also increases.

“These outcomes look like adaptations for buffering animals against uncertainty, buying them time to successfully forage in later bouts.”

The papers adds this kind of “behaviour can be applied directly to responses to the recent COVID-19 pandemic where hoarding and panic buying are approach behaviours to anxiety caused by uncertainty”.

The authors note how fear of contact with others because of the risk of catching coronavirus is mirrored with how animals react when are faced with threats from predators.

It adds: “Panic buying and increased purchasing may also be a response to foraging under fear of predation.

“Whilst the virus is not a predator, but rather a parasite, the public health response to the pandemic has been directed at social behaviours making clear that risk of morbidity and mortality is increased by social contact.

“To some interesting extent this should increase vigilance around other people, not dissimilar to increases in vigilance seen in animal foraging under predation as other people might become associated with a perceived threat to life.”

In March as the virus spread across the UK, pictures of empty supermarket shelves and reports of ‘panic buying’ of in particular toilet rolls caused alarm and bewilderment.

Supermarket sales data from retail measurement firm Neilsen Scantrack  (see below) showed drastic increases between February 29 and March 21 this year, when they are compared to the same weeks in 2019.

Prof Dickins said: “The increased shopping witnessed at the start of the pandemic in response to the uncertainty and risk posed by the possible shortage of food is a very similar behaviour to that exhibited by animals when hoarding food in the face of danger.

“There was suddenly uncertainty about food supply, which is a prime requirement, and we were also told if we went outside we were at increased risk of sickness and death.

“So we were thrown into this world of uncertainty and risk and this flipped people from their normal steady state behaviours into a new set of behaviours whilst they learned to deal with the situation.

“Whilst you did initially see something that’s labelled ‘panic buying’, it’s actually people rationally adjusting to a situation that’s scary and then getting on with it.

“When the increases were marked it was products that have very long shelve lives so people were getting in early and solving the problem so they could deal with the uncertainty because at that point nobody knew when supply lines were going to be improved.

“It’s actually very rational and sensible behaviour and probably the product of evolution acting over decision mechanisms over a very long period of time.”

Read the full paper: Food shopping under risk and uncertainty