Percentage, produced by Isaac Pimm and Joseph Ferris, is one of three MDX productions shortlisted 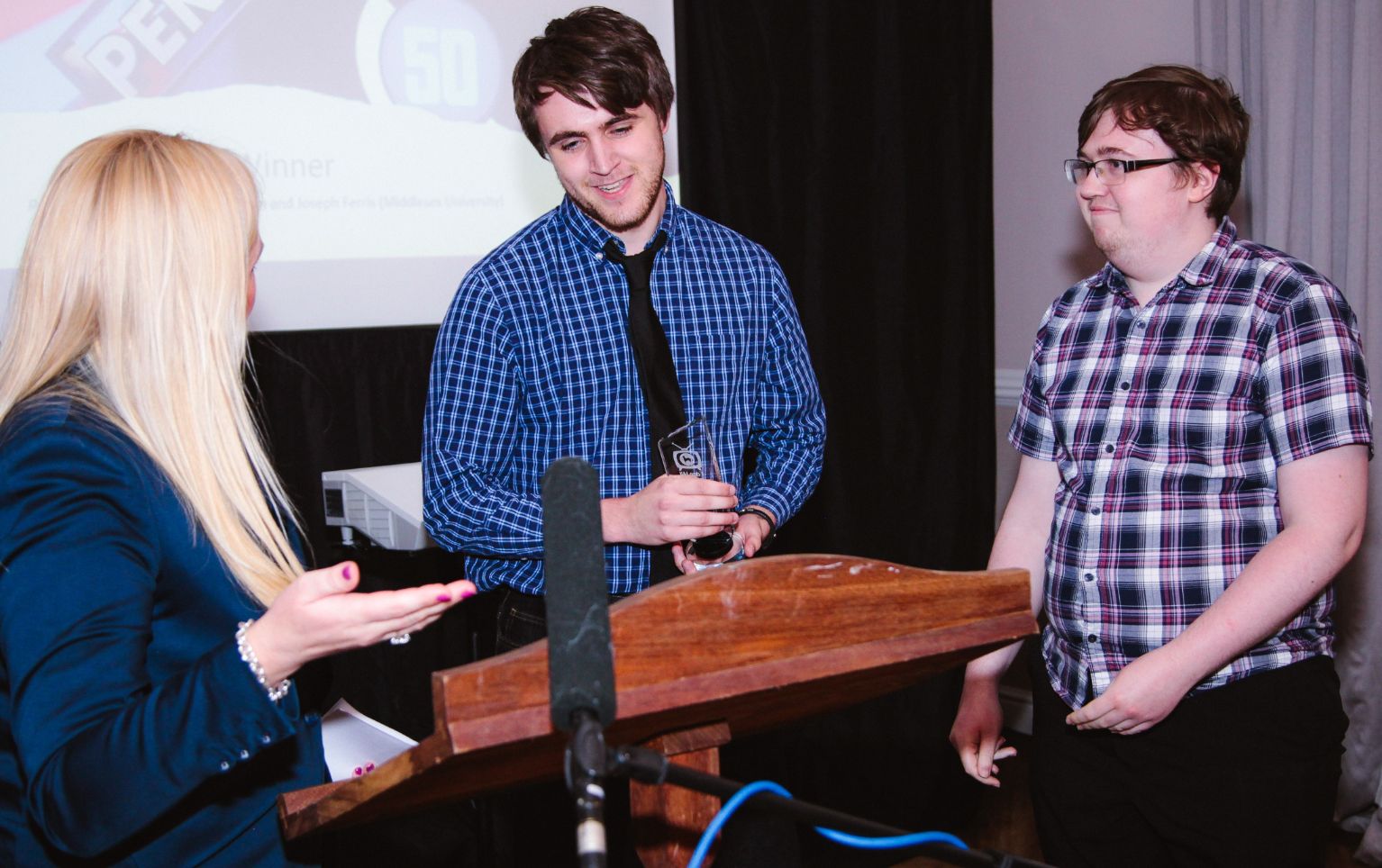 Isaac Pimm and Joseph Ferris were co-producers and Isaac the director of original concept quiz show Percentage, supported by a wider team of 20 students and MDX staff. Two other MDX entries – The Last Stretch and The Letter - were shortlisted for the Student Productions in Covid-19 award, more than for any other university.

The CATs are a collaboration between Edge Hill University’s Television Studies Research Group and Institute for Social Responsibility, the journal Critical Studies in Television, the Production Guild and Love Wavertree. They are “part of larger attempts by researchers and scholars to question what we accept as ‘good’ when we talk about television,” recognising the value of soaps and lifestyle programmes as well as news, current affairs and high spec drama, explains Edge Hill Reader in Film and TV Dr Elke Weissmann. This year, “we wanted to celebrate those TV makers who managed to continue to produce television despite the global pandemic,” Elke says.

Isaac conceived the idea for Percentage for a second year assignment at the height of the pandemic, when it wasn’t possible for TV Production students to make shows as usual – but he kept working on it and the opportunity to film it in the studio arose in his and Joseph’s third year. Two players or teams try to secure as big a percentage of potential £50,000 prize money as possible over three rounds. First they collaborate, building up the pot by subject-specific questions; then starting from a 50-50 split, they steal as much of their opponents’ share as they can; finally the leading player answers questions against the clock to take home as big a percentage of the total as possible.

As big TV quiz show fans and second year housemates, Isaac and Joseph “watched The Chase and Who Wants to be a Millionaire pretty much every week together. That started our quiz show friendship thing”. 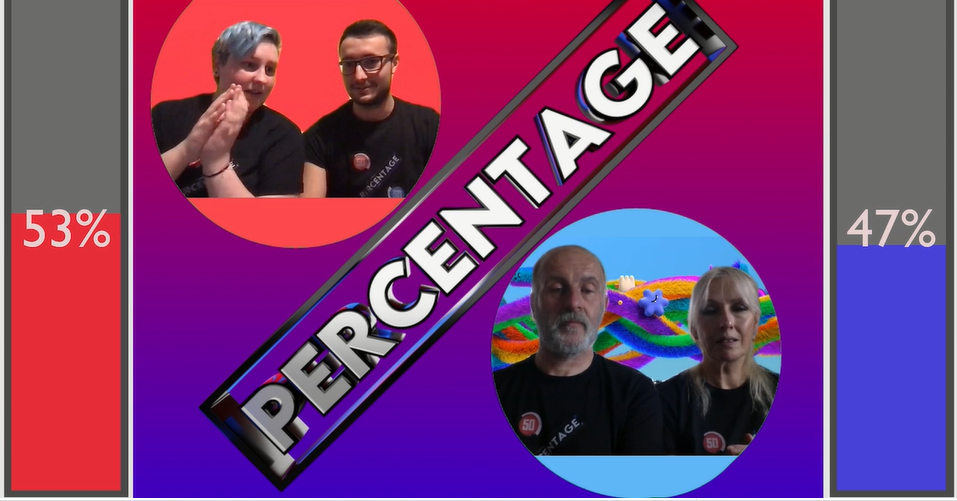 The CATs prize was for a Skype version of the show that the pair originally made, which involved four simultaneous Skype, Zoom and WhatsApp calls to keep the presenter, players and director in synch. The players recorded themselves against white walls which Isaac turned into red and blue backgrounds to distinguish the teams. The players were found through an online talent platform, and the students recruited a professional composer and graphic designer, and presenter Richard Orford (The Bigger Breakfast, Find a Fortune, Channel 4 Late Night Poker) to host.

“The students blew us away with their creativity – making use of the Covid restrictions to come up with compelling television” says Elke.

At the award ceremony in Liverpool, CEO of the Production Guild Professor Lyndsay Duthie said, “Congratulations to Middlesex University students for their award winning production ‘Percentage’. I was incredibly impressed with the level of imagination and creativity brought to the task. The production team had a set of complex logistics to manage against Covid restrictions, which was very professionally handled”.

“The teaching staff on BA Television Production are delighted that our students have won yet another national award for their graduation productions. Over recent years, students have won multiple Royal Television Society Awards for best documentary and best drama and a studio entertainment award for a live music show, at the Edinburgh International Television Festival, and now a game show has won first prize at the CATs. We couldn’t be more proud.”