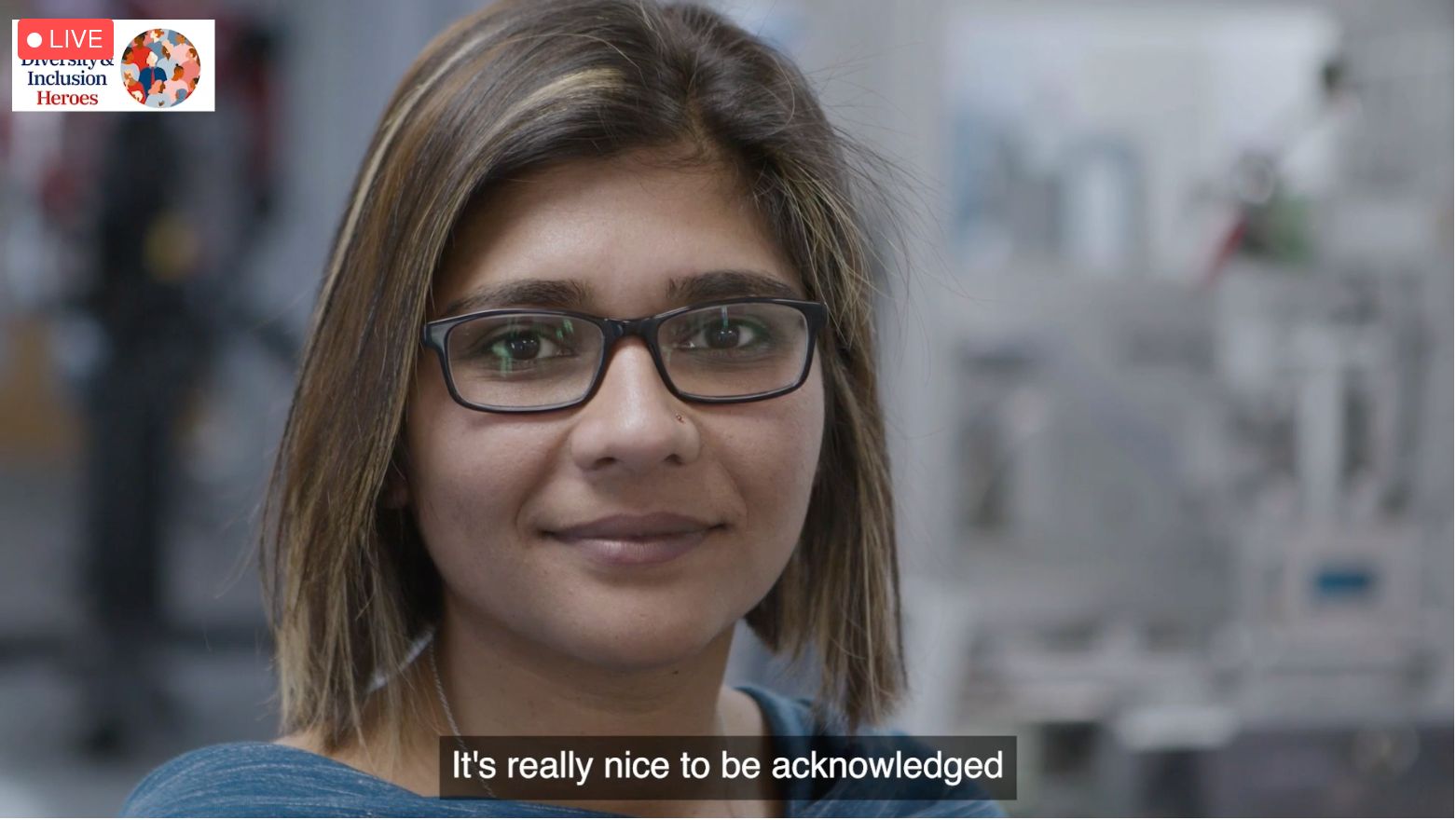 Middlesex University alumna and lecturer Puja Varsani has been named role model of the year for her work to encourage more women and people from black and minority backgrounds to pursue science.

Puja graduated with a BSc in Product Design and Robotics in 2012, later earning a Masters by Research in Social Robotics also from MDX. In a ten year career at MDX, first as a Graduate Academic Assistant then from 2016 as an Associate Lecturer she has worked tirelessly to encourage students to push themselves and follow in her footsteps by competing in international skills competitions.

She dedicates part of her time to promoting careers in STEM with a particular focus on women, minority groups and young people from disadvantaged backgrounds, helping organise events to promote STEM subjects and careers and volunteering on robotics competitions in secondary schools.

As a second-year undergraduate, Puja together with her competition partner Darren Lewis won Bronze at the Europe-wide EuroSkills event in Portugal in 2010. She was the face of the WorldSkills international competition at London’s ExCeL Centre in 2011, finishing in the top 10 in the world. For several years, she was the WorldSkills UK training manager for the Mobile Robotics competition, training and mentoring the British team in this discipline.

WorldSkills UK CEO Dr Neil Bentley-Gockmann OBE says: “Puja’s whole ethos is about giving back and inspiring others. She has a significant track record in targeting groups who are still underrepresented in the key STEM areas and I am delighted she has been recognised in this way. What a brilliant role model!”

Head of MDX's Department of Design Engineering and Mathematics Professor Mehmet Karamanoglu, who nominated Puja for the award said: “I was thrilled to see Puja shortlisted and am over the moon that she has won.

"There are many unsung heroes involved with the excellent work WorldSkills UK does. Recognising those who go the extra mile to benefit those particularly from disadvantaged groups is fantastic. Puja is an amazing person - it has been such a privilege to have worked with her over the years. I am sure she will continue to act as a role model to so many to shine in their own way.” 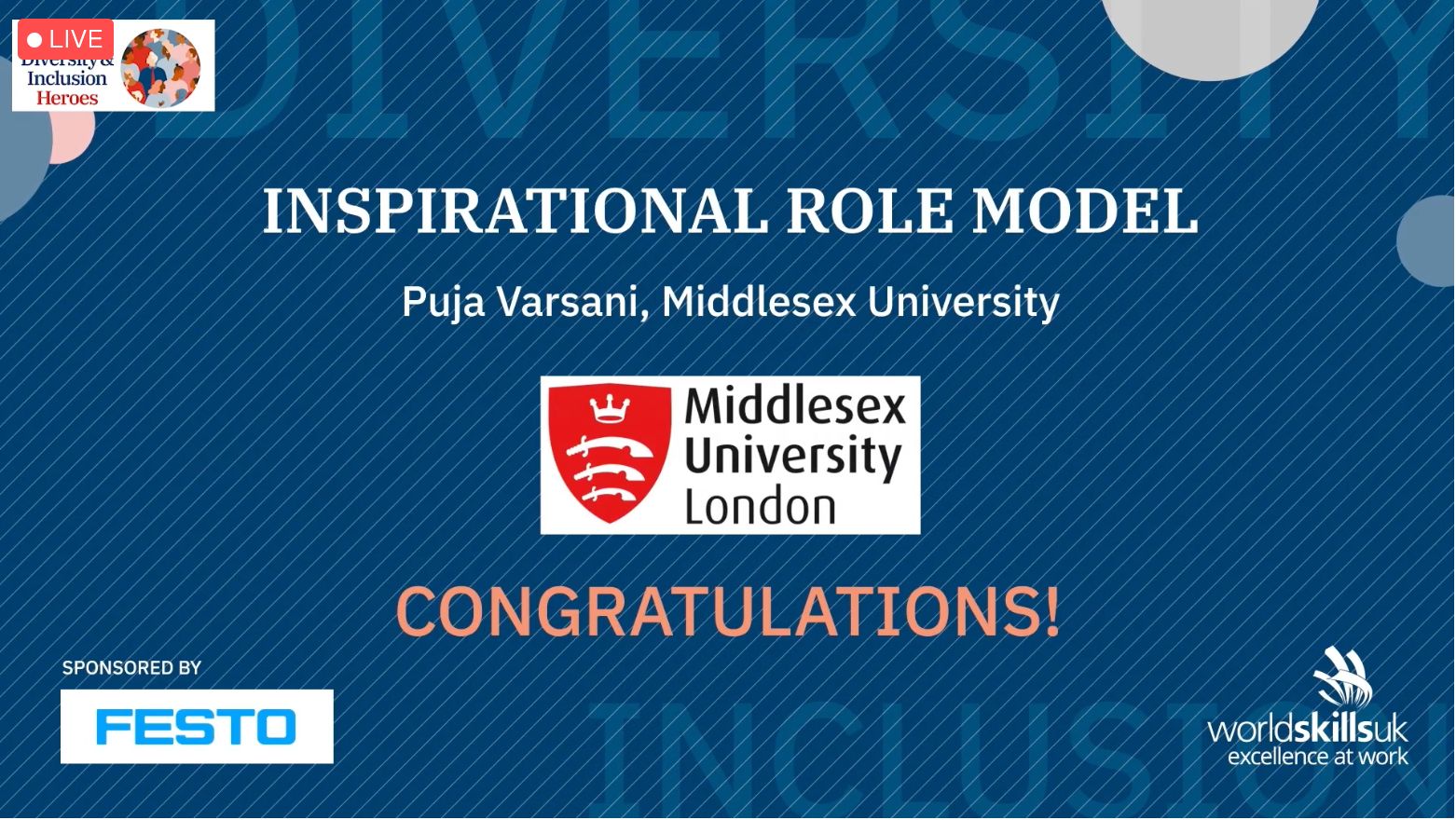 Puja says: "I was surprised at being nominated and honoured to have won when there are so many amazing role models out there. STEM role models prove barriers can be broken.

"WorldSkills competitions are a great way for students to put themselves out there. To learn from others with similar interests, share ideas and make memories. That's what WorldSkills was for me and that's why I always encourage my students to take part in any way".

Puja adds that the highlight of her teaching and mentoring work at MDX has been "getting to know students, seeing them develop and grow both academically and as individuals. Watching them achieve goals they thought were out of their reach".

Registration for the WorldSkills UK 2022 competitions opened last week. Students and apprentices have until 1 April to apply to compete in 63 different skill disciplines, and have the chance of progressing to the next WorldSkills global tournament in Lyon in 2024.

The competitions are a seven-month process including regional heats and intensive training before the national final in November. As in 2021, the 2022 finals will be at a range of venues across the UK, with online broadcasts of the competition events and an online awards show.