Champion in every respect

If there᾿s an opportunity to do something while you're at Middlesex, say 'Yes'. If you don't know how to do it, you can always figure it out later.

BSc Sport & Exercise Science (2016) graduate Fil Kamps is an elite deaf football player who has competed in a World Cup, the Deaflympics and four Champions League campaigns. Alongside football, he works as a motivational speaker and loves inspiring young people with his tales of success.

I really grew as a leader

"I had lots of opportunities to really develop as a leader during my time at Middlesex, like giving talks and presenting awards, as well as being captain of the football team." 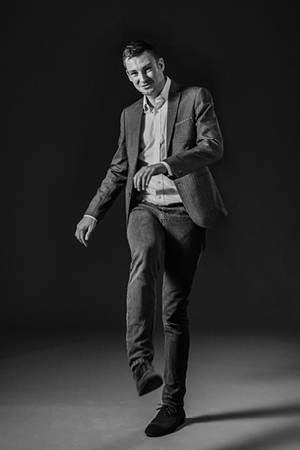 "I was selected to represent Great Britain at the World Deaf Football Championships, which is a huge achievement and one I'm immensely proud of. Stella, Deputy Head of Sport, even helped me put on a party in the Students' Union to raise the money I needed to fund the trip. Middlesex have been there for me, they've given me everything I needed to be able to succeed in sport."

I fell in love with my subject

"Football has always been the biggest part of my life. It's where I focused a lot of my efforts. I hated sixth form, so I didn't know how much I'd enjoy the academic side of my course. But I fell in love with my subject, sport and exercise science. The lecturers pushed to see what my limits were and how far I could go. They gave me challenges to help me develop academically as well as in sports. With their encouragement, I put myself in different situations where I had to grow as a person and find solutions to problems."

The support was phenomenal

"While you're at Middlesex, say 'Yes'. Get involved in anything and everything and you'll really enjoy your time there.

"It doesn’t matter what you want to pursue in life – music, sport, business – always have a big dream. Don't aim to be in the middle of the pack, aim for the top. That's what I've always done with my football. Try to remember the people that supported you and influenced you, directly or indirectly, along the way. The support I got at Middlesex was phenomenal. And I always want to give back where I can."