NHS whistleblowing report based on survey conducted by Professor David Lewis and colleagues from Middlesex University. 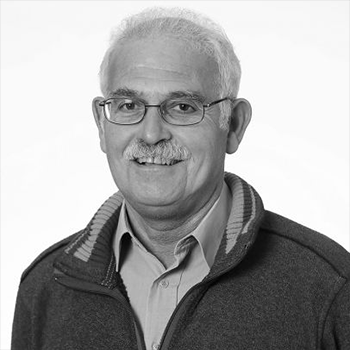 The 'Freedom to Speak Up' review of whistleblowing in the NHS was published today (11 February).

Led by Sir Robert Francis QC, who chaired the 2010 independent inquiry into care provided by Mid Staffordshire NHS Foundation Trust, the report is based on quantitative research carried out by the Whistleblowing Research Unit at Middlesex University.

Sir Robert found there is "an ongoing problem in the NHS where staff are deterred from speaking up when they have concerns and can face shocking consequences when they do", including "isolation, bullying and counter-allegations".

To compile the data at the heart of the findings, Professor of Employment Law David Lewis (pictured) and his Middlesex colleagues, Dr Alessio D'Angelo and Dr Lisa Clarke, surveyed almost 20,000 NHS staff, whose responses informed several key recommendations Sir Robert has made to the government. Professor Lewis and Dr D'Angelo also worked with Dora Papadopoulou and Dr Patricia Jarrett on a thematic analysis of 402 written contributions.

Among Sir Robert's recommendations is the provision of a Freedom to Speak Up 'Guardian' in every NHS trust, who would give independent support and advice to staff, and action taken at every level of the NHS to make raising concerns part of normal working life.

Commenting on the recommendations, Professor Lewis said he "endorsed the Francis report's innovative proposals for changing the culture in the NHS".

"In particular, I am impressed by the recommendation for guardians in every NHS trust and a National Independent Officer to support such guardians," he added.

"However, the big question is how the Secretary of State will respond. For example, if the government supports the introduction of guardians, will it provide the funds and who will have responsibility for ensuring that staff know how to raise concerns, managers know how to handle them and organisations act upon them?"