Craftsmanship and creativity took to the stage as Middlesex University’s art and design community participated in a nation-wide event celebrating clay and making. 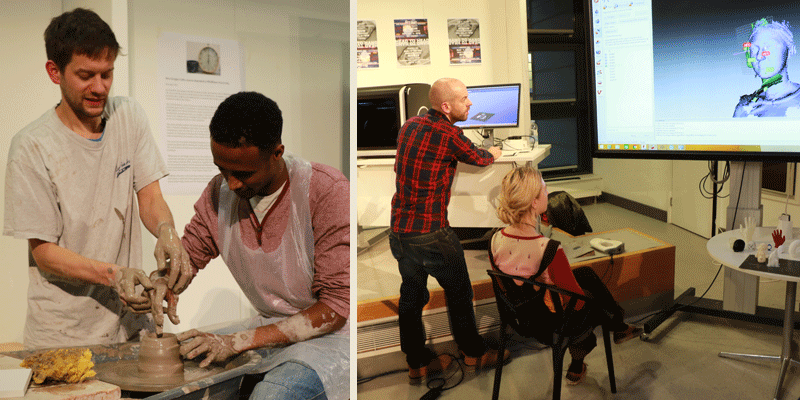 On Friday 4 December, Middlesex University hosted a live challenge exploring handmade and digital making processes, with displays of both new and traditional technologies.

Ceramicist Owen Wall showcased his pottery skills on a traditional potter's wheel, while 3D technician Andrew McDowall showed off some of the University's newly acquired and most advanced 3D printing technology – a large-scale 3D Platform printer, the only one of its kind in the UK.

Throughout the day visitors had the chance to experience two distinct approaches to making, each requiring different sets of skills and resulting in a very different range of objects. 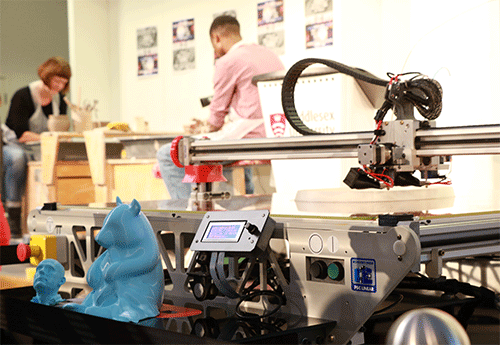 The event was part of a series of initiatives held around the UK as part of the Crafts Council's Hey Clay! initiative and the BBC Arts Get Creative campaign, designed to celebrate the important role that craft has traditionally played – and continues to play – in the UK.

The event also marks the first in a series organised by the staff and technicians on Middlesex University's BA Design Crafts course, which lets students explore different ways of making and develop their own distinctive creative practice.

Through the Design Crafts course and its associated public events, Middlesex University will highlight the power of craft and making and contribute to the UK's thriving community of creatives. It will also highlight how new and old technologies can work together to form new ways of thinking and push the boundaries of how craft is perceived.

"We hope to show that new technologies and traditional methods can sit alongside and complement each other," says Design Crafts joint programme leader, Helen Carnac.

"There is such a breadth of opportunities afforded by exploring all forms of making, and at Middlesex we have all these tools at our fingertips."