The School of Health and Education marked the end of 2015 with the official launch of a new research centre dedicated to promoting critical research into nursing teaching and practice.

The Centre for Critical Research in Nursing and Midwifery (CCRNM) was officially launched on 8 December at an event opened by Vice Chancellor Professor Tim Blackman.

With a core group of seven academics from across the Department of Adult, Child and Midwifery, the aim of the CCRNM is to pursue research that has clear relevance to nursing and midwifery practice, is of benefit to NHS partners and has the potential to transform the student experience.

Through its research as well as public events and collaboration with students and stakeholders, the Centre's aim is to "understand, uncover, illuminate and transform nursing and midwifery practice".

"Because nursing as a professional community is under enormous pressure in the NHS and is often uncritical and uninformed about the origins of the pressures it faces and the solutions that are proposed, nursing needs a critical voice alongside the other voices," said Centre co-founder Professor Michael Traynor.

"Through our work, we plan to be part of that voice." 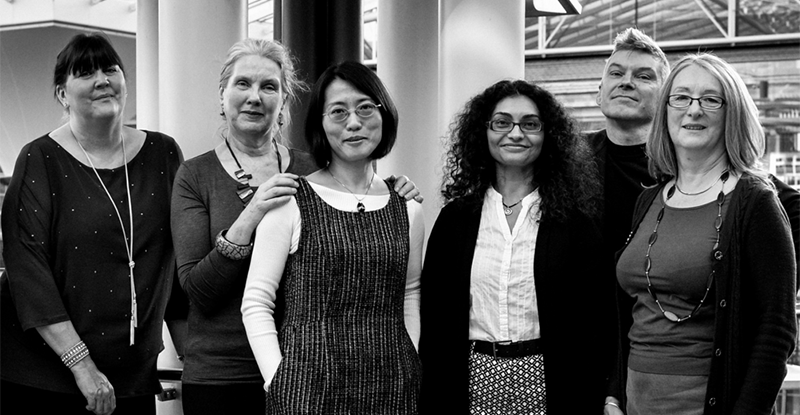 Centre co-founder Professor Sue Dyson, whose recent research work highlights the importance of a critical approach to nursing education, said: "Critical pedagogy is the means by which nursing students can be taught how to openly question practice, and to come to know the important distinction between what is 'good enough' and what should not, should never, be tolerated.

"It is also the means by which they may come not only to know this difference, but also to have the skills to act when care is unacceptable and be assured that concerns raised in good faith will be robustly addressed."

Professor Jill Maben OBE of King's College London, who presented a guest speech at the launch, reiterated the need for a critical research approach in the field.

"All research questions to some extent challenge the status quo and might ask us to think differently. Critical questions do so even more: Why this? Why now? Why in this way?" Professor Maben said.

Among the current projects being undertaken by CCRNM members are a mixed-methods study with the University of Ghana looking into volunteering, an investigation into supporting parents of excessively crying infants, and a feasibility study of a toolkit supporting nurse delegation, funded by the Burdett Trust for Nursing and led by the CCRNM's Professor Helen Allan – who presented her inaugural lecture as part of the Centre launch.

Find out more about the Centre for Critical Research in Nursing and Midwifery and its mission here.

The full speeches by each of our speakers are available to view: