A Middlesex graphic design student has won a competition to design a logo for a cross-institutional collaborative human rights project. 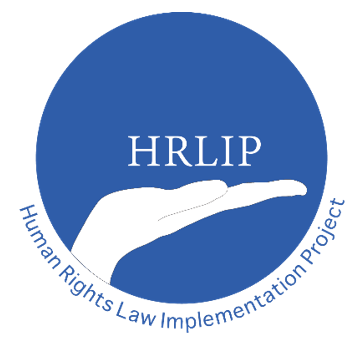 A visual identity by third year BA Graphic Design student Emanuela Martucci has been selected as the official logo of the Human Rights Law Implementation Project (HRLIP), a partnership between human rights centres at Middlesex, Bristol, Essex and Pretoria Universities and the Open Society Justice Initiative.

At the end of 2015, the newly-established HRLIP put out the call to young creatives to design a logo that represented their scope – examining human rights law implementation and compliance internationally.

The brief called for a design which “captures the breadth of the HRLIP’s research, which covers nine countries, three each in the Americas, Africa and Europe, and explores a range of human rights issues including cultural, torture, detention, education and health".

Emanuela’s simple but visually striking design was selected as the one which best represented the project’s mission.

“As a junior designer I am proud to have designed a logo for such an amazing project,” Emanuela said.

The HRLIP brief isn’t the only time Emanuela has used her creative skills for projects with humanitarian impact. In 2015, her film project raising awareness for Schizophrenia sufferers was highly commended in the annual Creative Conscience Awards.