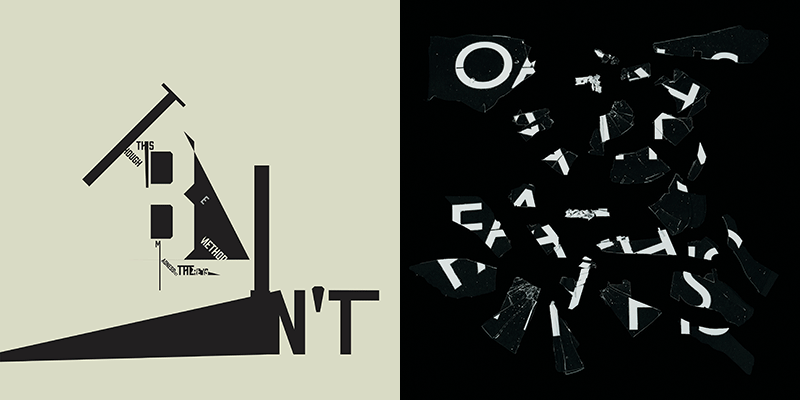 In honour of the 400th anniversary of Shakespeare’s death, second year students and staff from Middlesex’s BA Graphic Design programme have brought new life to classic lines from Shakespeare’s plays and sonnets.

Students were invited to create contemporary typographic pieces of work based on lines and even stage directions from Shakespeare’s writing. The resulting designs are now on display at the Poetry Café in London’s Covent Garden.

“Putting ourselves out there as designers and showing work that we’ve put so much work and effort into is a really great opportunity,” said second year student Sivert Mork, whose piece ‘Ophelia’ can be seen in the exhibition.

The project, which was led by Head of Visual Arts Phil Healey, Senior Lecturer Claire Lewis and Lecturer Pedro Pina, allowed students to think in new ways about centuries-old texts and how to convey their messages in a modern way. 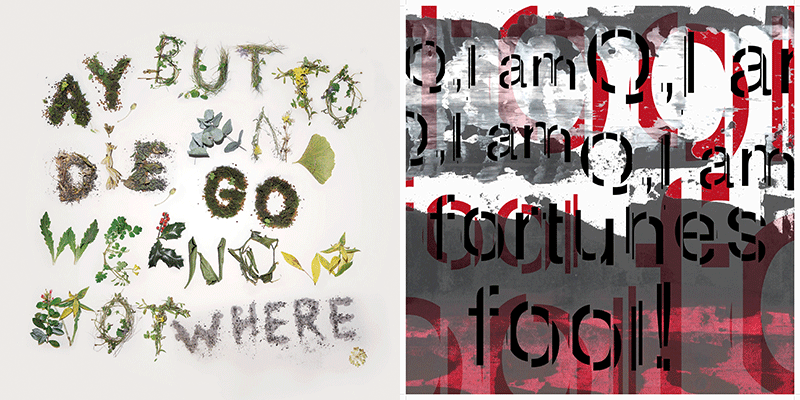 “We have students from 140 countries on our programmes, so it's been really enjoyable to reconnect these young people with the work of Shakespeare and see their typographic responses to the words,” said Phil Healey.

“Some of them were quite reverential to start with, but we encouraged them to be really experimental to push the boundaries of legibility and interpretation.”

“Graphic designers don’t tend to do exhibitions; you never actually get that piece which you put in a gallery, so that was really nice about this project,” said Claire Lewis.

“Everyone’s really proud and I think it’s nice to be given an opportunity as a nobody to be shown in Covent Garden,” agreed Tui Sancha, who interpreted a sonnet for her piece. “It’s a really wonderful idea.”

New Types of Shakespeare is on at the Poetry Café, London until 7 May.