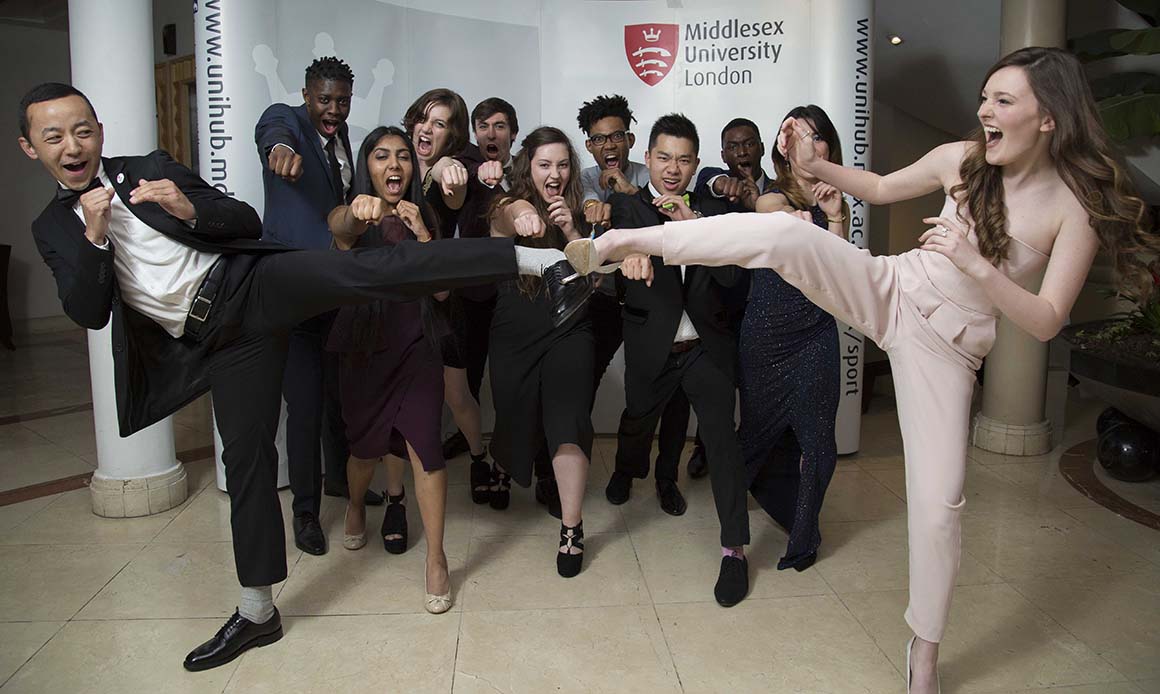 The sporting prowess of Middlesex’s student athletes has been acknowledged at the University’s annual Sports Ball.

After a rousing introduction from Head of Sport and Recreation Mel Parker and outgoing Students’ Union president Aman Siddiqi, the awards were presented by Guest of Honour and Captain of the London Lion’s basketball team Joe Ikhinmwin.

The night’s first major award, Sportsman of the Year, went to Team GB star CJ Ujah who recently set a new British Universities and Colleges Sport (BUCS) men’s 100m record of 10.17 seconds. In 2014, CJ became the youngest Briton and only the fifth ever to break the iconic ten-second barrier, and he will be hoping to go even faster at this summer’s Rio Olympics. Unfortunately CJ couldn't attend the ceremony as he was in Manchester preparing for an event.

Joe then presented the Sportswoman of the Year title to Madalina Ster-Popa (pictured below left), from the Middlesex karate team, who has been selected to compete at the European Championships in July. In the BUCS National Championship Madalina took kumite gold, after scoring international bronze in Italy earlier in 2016.

“It was such a surprise,” Madalina said after the ceremony. “It was my first year at Middlesex and this is such a big achievement for me. I’m so glad to be part of the karate team – they support me and they’re always there for me.”

Thanks in part to Madalina’s success, the karate team (pictured above) were named Club of the Year. They have medalled at every championship since July 2014 and were the overall winners at BUCS. 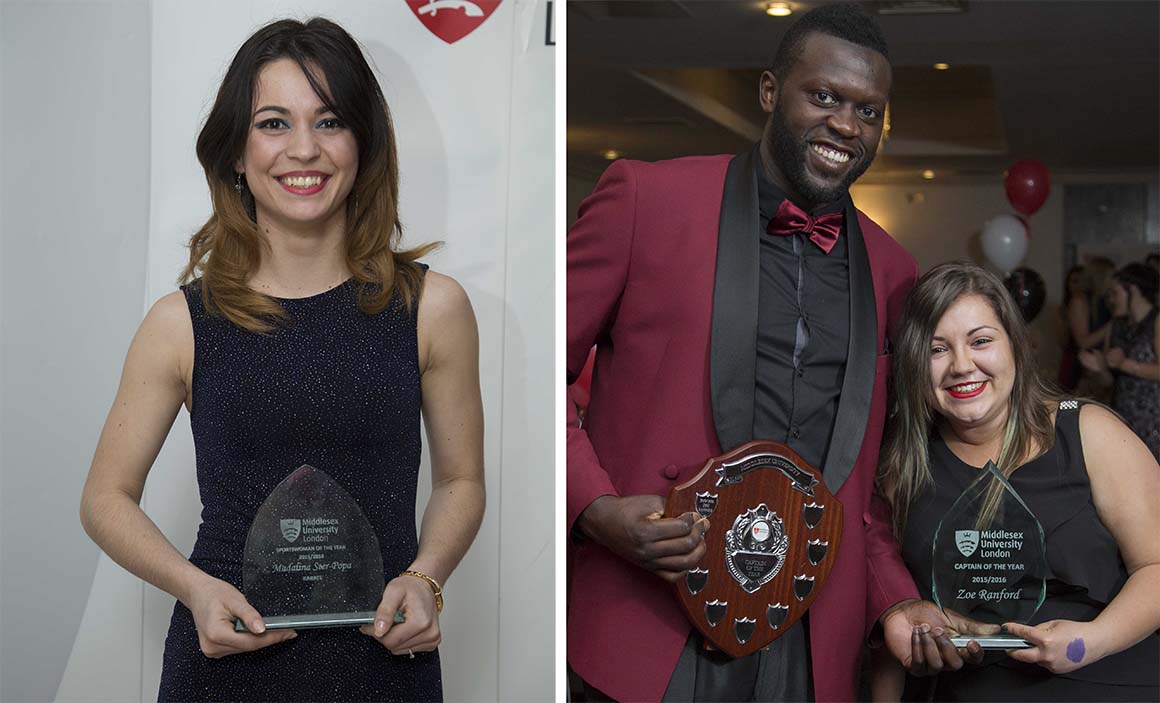 The final individual gong of the night went to Captain of the Year Zoe Ranford (pictured above right with Joe Ikhinmwin), who led an 18-strong trampolining team to the BUCS National Championships among a number of other major efforts, including a 24-hour ‘bounce’ to raise money for the team to travel to the Irish Student Trampoline Open for the first time in ten years.

“It felt really great to be nominated and when I won the award I couldn’t believe it,” Zoe said.

“In order to even go up against the other nominees felt brilliant but to win against them was absolutely amazing after everything they’ve achieved.”

A whole host of other sporting heroes were acknowledged during the evening, including those receiving Club Colours for their commitment and loyalty to their teams, each respective team’s Player of the Year, and the winners of six special awards, among them Steve Coupland, who has coached karate at Middlesex for the past 35 years.

Commenting after the event, Mel Parker said: "The Sports Ball is the annual celebration of sporting success of our students. It's great to be able to recognise sporting excellence, but I never cease to be impressed by the support and camaraderie all our sporting students show for each other. It's like they're all members of one big team: Team Middlesex University.”

Find out more about sport at Middlesex.