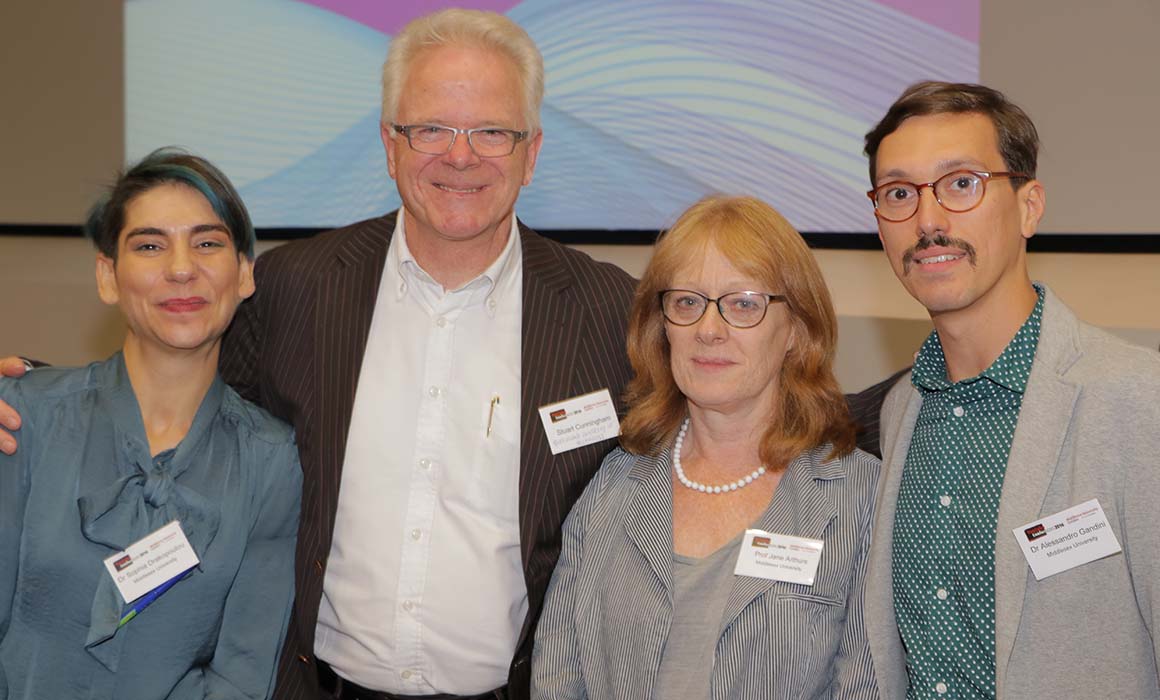 A ground-breaking conference on the impact of the first decade of Youtube took place at Middlesex on 23 and 24 September. Academics from the Media department and invited guest speakers delivered a series of talks examining the significance of the world’s biggest online video platform.

A panel of international experts on digital technology and society, including Professors Stuart Cunningham and Jean Burgess from the Queensland University of Technology, delivered presentations on topics such as young people’s experiences growing up in a digital world.

Jane Arthurs, Professor of Television at Middlesex University, was the lead organiser of the conference. “When YouTube celebrated its 10th birthday last year we felt it was time to review its impact on society,” said Jane.

“The big question is about the future. Will online video be the primary way in which moving images are circulated in the 21st century, eclipsing the 20th-century media of cinema and television?”

“It has taken a year to get some of the world’s most influential academics in this field together and I am very proud that Middlesex is hosting this major conference.” Professor Jane Arthurs, Professor in Television at Middlesex University

Key speakers at the conference included:

Every month YouTube reaches over 600 million unique users. In March 2016, YouTube had the largest digital audience in the UK – this translates into 41 million viewers or an active reach of 82% across the total digital landscape.

The latest data from Ofcom demonstrates how people’s viewing habits over the last ten years are changing. Young people under 24 are watching less live TV than older people (a decrease of 6% in the last year and 26% over the last five years) and their online video viewing has increased by 20-25% in the past year.

Find out more about studying media at Middlesex.