Event is an opportunity to engage students with their discipline in an authentic way and develop public engagement skills, says Professor Mehmet Karamanoglu 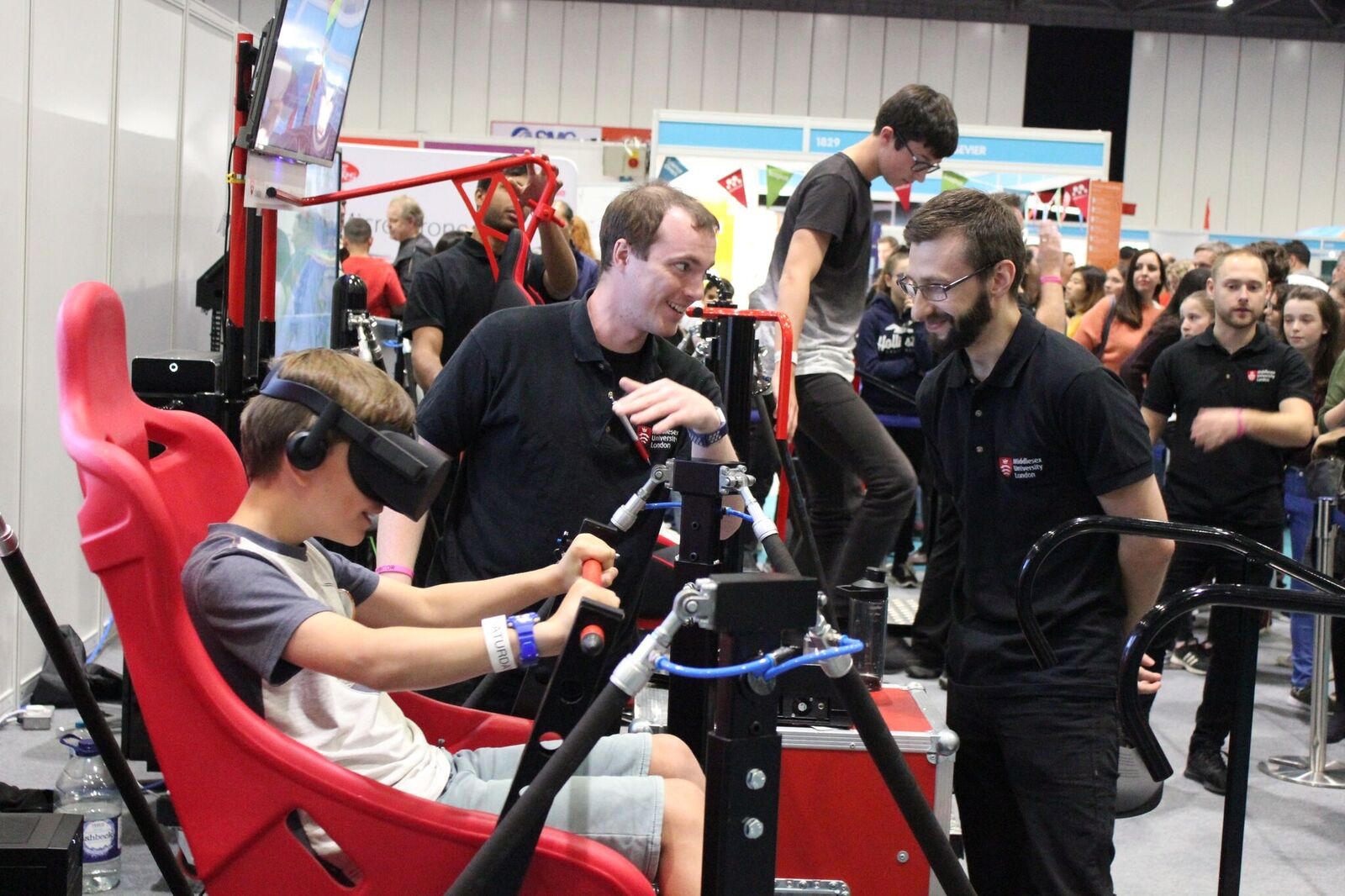 Middlesex University features prominently at award-winning festival of ideas and discovery New Scientist Live, with 94 staff and students conducting demonstrations and ready to talk through questions – the biggest presence of any university taking part.

The event at London's ExCeL Centre, now in its third year, offers more than 100 exhibits across five zones covering different scientific fields, along with dozens of expert speakers including astronaut Tim Peake.

Middlesex's main stand features a life-size Super Mario game where groups of players have to jump in unison to move the character, and a Scalextric track and meditation mirror controlled by sensors tracking electrical activity in the brain.

Visitors can get a hug from and a selfie taken with our "compliant" robot Baxter, or talk to identical twin humanoid robots Salt & Pepper whose AI enables them to understand and react to human emotions.

A sandbox using a projector and scanner to allow visitors to terraform a 3-D mapped landscape has been developed by Middlesex students, while Middlesex staff have built ‘six degrees of freedom’ platforms to create a hair-raising VR rollercoaster simulation, the Motion Driven eXperience (MDX).

"It's so real!" said Dutch computer programmer Gerben Limburg, one of the first people to try the MDX after the show opened on Thursday morning.

"You could look around and see the trees" said Emily, a Year 10 student at St Mary's Colchester. "I don't know if it was me, I felt it was the wind on my face" said her school friend Alex, who added that she thought it was better than the real-life version because she doesn't like rollercoasters.

The Middlesex Faculty stand can be found between the Humans and Technology zones near the entrance to the show, and the Motion Driven eXperience is almost adjacent, behind the Sales office in the Technology zone.

Professor Mehmet Karamanoglu, head of Design Engineering and Mathematics at Middlesex University says, “We are delighted to return to this premier event, supported by 94 of our staff and students, to celebrate and share the rich experiences Middlesex is providing with the visitors to New Scientist Live.

“Engaging our students with their discipline in an authentic way and giving them the opportunity to translate this to a wider public is one of the reasons that we put so much effort into these activities.”