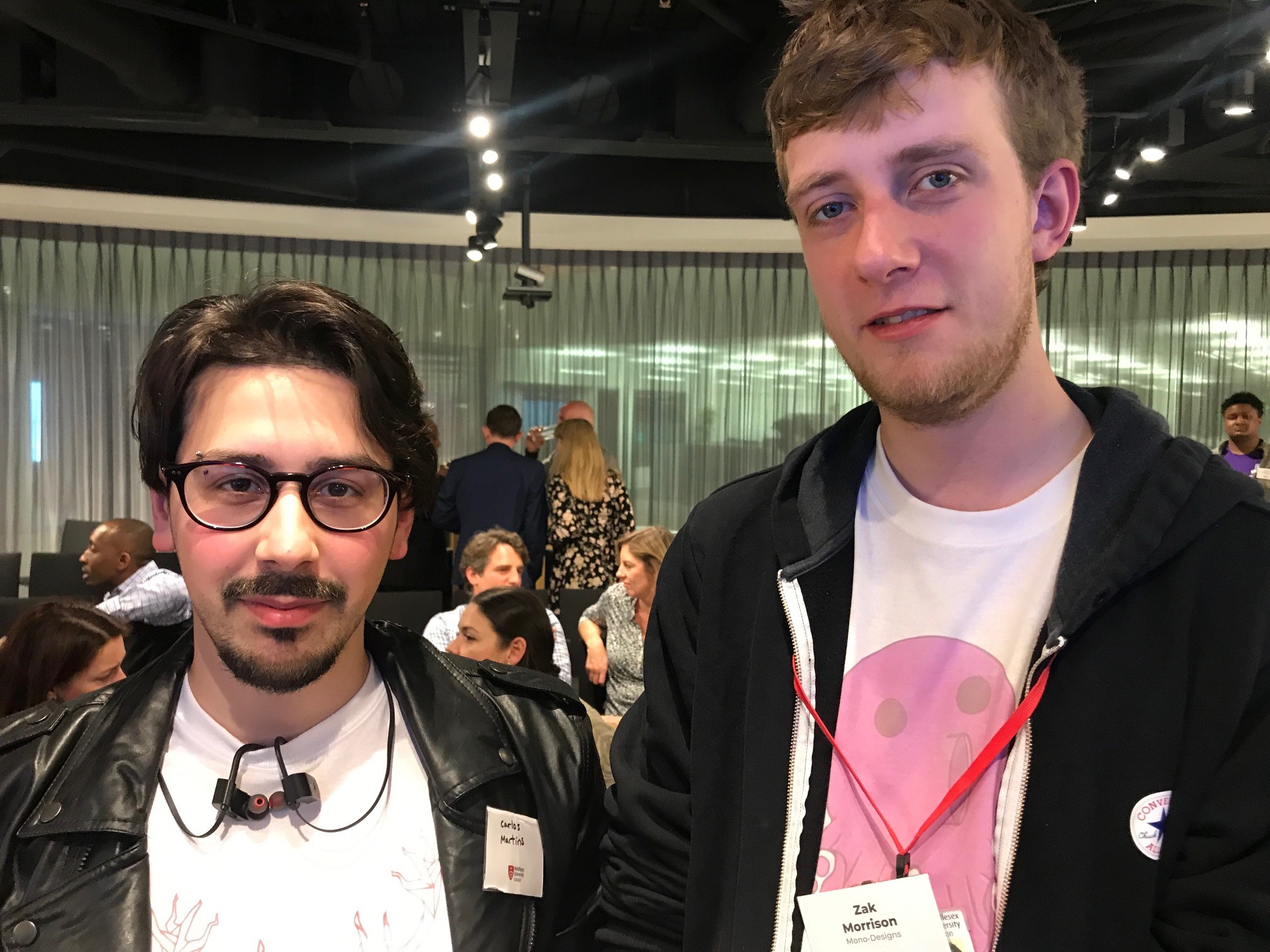 The competition, now in its sixth year after being launched by Barnet Council to boost the borough’s business talent, attracted record levels of interest. There were 70 entries, from students at Middlesex and Barnet and Southgate College and from borough residents with either a business idea, or an existing business or social enterprise less than two years old. Forty-nine cleared the elevator pitch stage. Judges of the Business Model Canvas stage at NatWest’s Accelerator Space say the standard was very high and struggled to narrow the shortlist down to the final four.

The winner was Joanne Merchant with her forthcoming high street hub When I Grow Up, providing an appealing play, support and community space for families with young children. "I feel shocked and overwhelmed and really happy" she said after receiving her winners' cheque, which will help pay for the lease she has just signed. In a couple of years' time she hopes to be opening her second hub, she says. 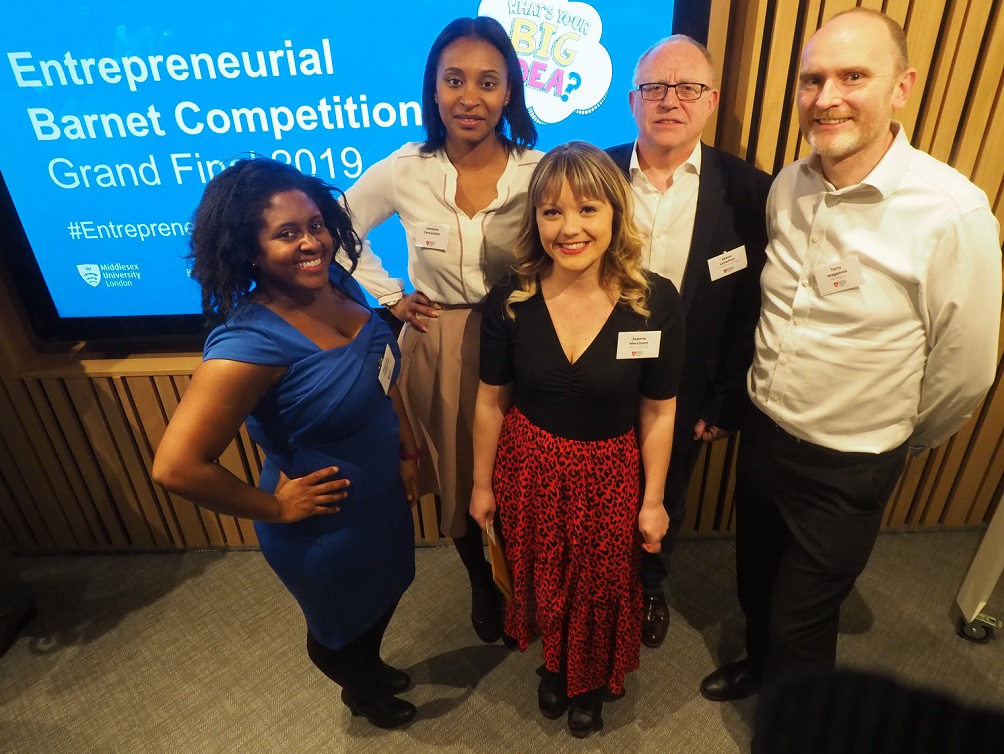 Finalist Zak Morrison, a first year undergraduate Psychology student at Middlesex, pitched his start-up Mono-Designs, which sells clothing and bags printed with artwork inspired by pop art, gaming, and Japanese “otaku” culture. Mono-Designs will market itself online and at fan conventions and fairs. Longer-term, Zak hopes to open up a London outlet where customers can design their own T-shirt or hoodie and get it printed at the store on completion.

Zak says he will use data capture and analysis to work out what his potential customers like and what they don't like. "I've been told I have a strong entrepreneurial mind" he says. He has developed digital games and since arriving at MDX he has established a STEM Society open to all students. He and his co-founders (including Ravensbourne University student Carlos Martin, pictured at top alongside Zak) will press on with the business - they have booked a space to sell their products at MCM Comic Con in six weeks' time.

The other finalists were Avinoam Baruch with Previsco, a Loughborough University spin-out which offers real-time, street level flood prediction based on a unique self-improving forecasting model, and Anthony McCollum with Foodwatts, a nutrition/food selection App. All received a runners-up prize of a £500 cheque. 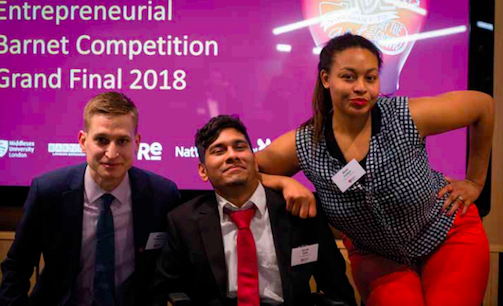 Last year’s winner Marie Farmer, who designed an App for parents to monitor their children’s food intake called Mini Mealtimes, says she was “immensely proud to have won the Entrepreneurial Barnet Award. It was encouraging to hear that so many people believed in the idea”. Over the past 12 months she says she has had to learn how to boot strap a business, meaning that she had to work at some point on every aspect of the business by herself.

In 2017, MDX Creative Technology Master's student Andre Thompson won with Student Light, an App and web platform to connect individual students, student communities and leaders at HE institutions, to empower them to drive change with a particular view to improving mental health.

Chris Barnes, General Manager of Brent Cross said: “We are delighted to support the Entrepreneurial Barnet competition for what will be the fifth year in a row. The initiative provides local entrepreneurs and students in our community a fantastic opportunity to kick-start their business.”

Barnet Cllr Daniel Thomas, Chair of the Assets, Regeneration and Growth Committee, said: “It’s great to see so much entrepreneurial talent in our borough. I would like to congratulate the finalists, and everyone who has taken part in this competition. We are proud to be able to promote and recognise the entrepreneurial spirit of people in Barnet in this way.”

The final was held at Hammerson PLC HQ at King's Place, near King's Cross Station.