Professor Tim Blackman, Middlesex University Vice-Chancellor, was key speaker at the launch of a major new report by Universities UK, The Future of Degree Apprenticeships.

The report calls for the government to promote the benefits of degree apprenticeships to employers and the public. It also argues for better careers information and guidance at an earlier age in schools and says the Universities and Colleges Admissions Service (UCAS) should make the application system for degree apprenticeships as straightforward as it is for undergraduate degrees.

Middlesex University's commitment to partnerships and cross-sector collaboration features in the publication. The report highlights that the best way to engage with employers around the creation of degree apprenticeships was to develop a way to meet their needs across different qualification levels and states that this cannot be done by either universities or colleges working alone.

Middlesex has led the way by forming a strategic partnership with Capital City College Group (CCCG), London's largest further education provider, to map where their current apprenticeship offers are aligned, and where new provision could create progression pathways from Level 3 to Level 6 and above. As part of this collaboration, the Middlesex University Centre for Apprenticeships and Skills was established and provides a single point of contact for employers across the partnership. 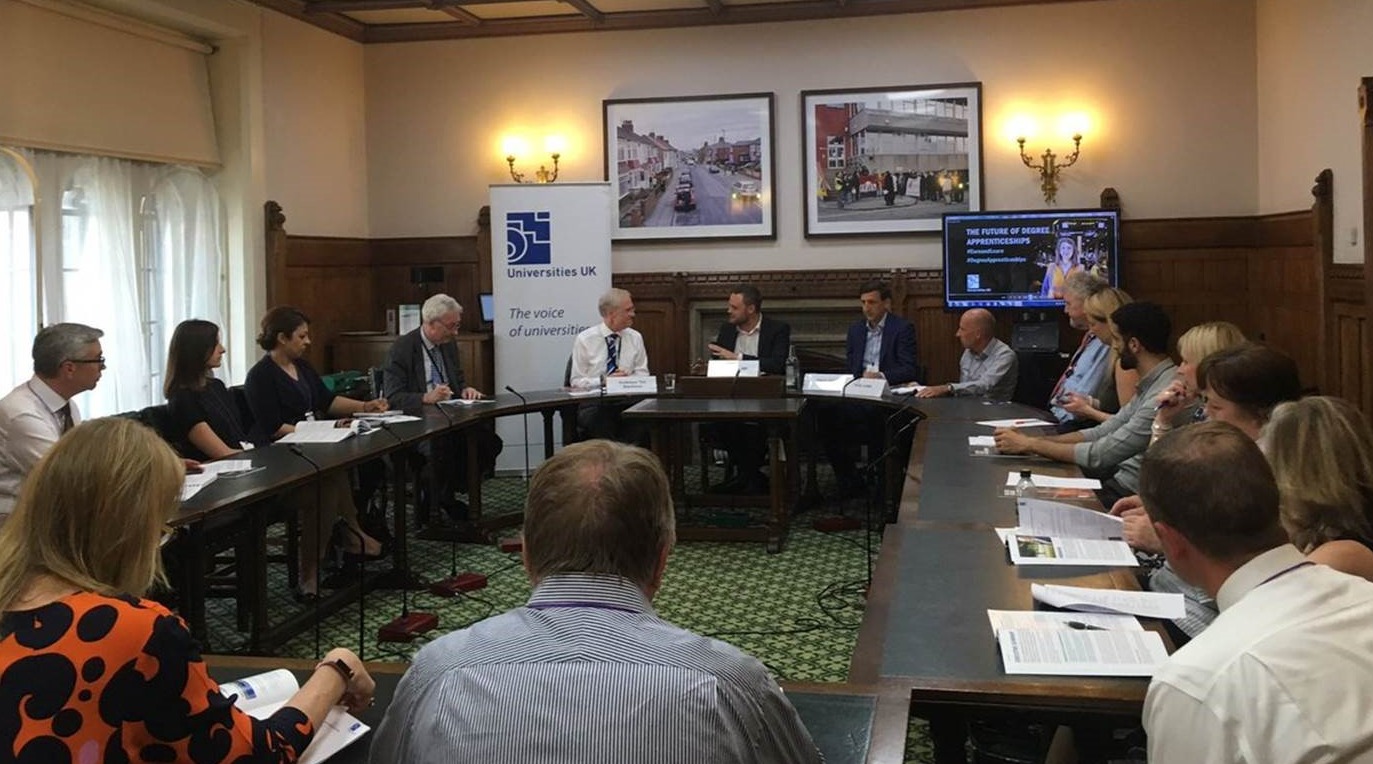 Middlesex has been awarded the framework contract to deliver Nursing Associate apprenticeships to all employers in the London region until 2021, and leads a consortium delivering Police Officer degree apprenticeships to three forces in the South-East. At the launch of the report in Parliament to an audience of university representatives, employers and the CBI plus a number of MPs and peers, Terry Lowe from Hampshire Police spoke about the value of degree apprenticeships for developing critical thinking and problem solving skills needed for modern policing as well as its role in diversifying the police. He described MDX as “an organisation that knows what it’s doing” which is “proactively supporting" Hampshire Police over the implementation of the degree apprenticeship route.

Alistair Jarvis, Chief Executive of Universities UK, said “The debate shouldn’t be about further versus higher education. This report shows that colleges and universities across the country are sharing expertise and resources to provide courses that employers want. Government, funders and regulators should focus on building strong local links, not seeing an unreal divide.”

This is the second report on apprenticeships by Universities UK that Middlesex has contributed to. The first, Routes to high-level skills, published in October 2018, argued the need for closer working between universities and colleges and between education providers and local employers will become increasingly important as demand grows for people of all ages with higher level skills. Middlesex's Centre for Apprenticeships and Skills was one of eight case studies featured in the 2018 report to illustrate how collaborations between higher education, further education and employers work in practice and their growth potential.

Find out more about degree apprenticeships at Middlesex.