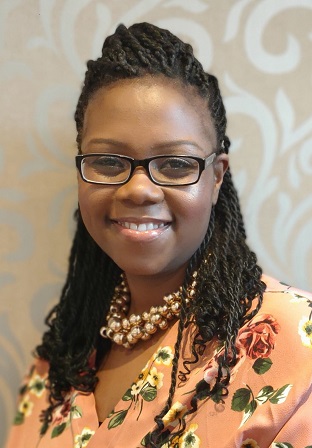 A MDX academic is working with the United Nations on drawing up a global policy to reduce ‘inequalities in maternal health’.

One of Middlesex’s midwifery educators Sarah Chitongo is helping to shape the UN’s Sustainable Development Goals after winning the Mary Seacole Award.

She gained the award after she investigated the experiences of midwives caring for women from Black Asian Ethnic Minority (BAME) groups in delivery suite high dependency units within London hospitals.

In a groundbreaking project, the UN has pledged to create 17 goals for tackling climate change, inequality and poverty which all countries must work towards by 2030.

Sarah revealed she will be advising the UN on maternity guidelines and policy for countries in Europe, South America and Africa and explained that the countries she will be focusing on have high rates of maternal deaths - mothers dying during pregnancy.

Earlier this year Sarah released research which found overall that 40% of all direct maternal deaths occurred in women from BAME groups, which is five times higher than white British women.

In the UK, the average maternal mortality rate per 100,000 live deaths is eight for white mothers and 40 for black mums.

Describing how her experiences as a midwife motivated her work, Sarah said: ‘When I was going into rooms and breaking bad news, that became my main driving force because it had to change.

‘I had to tell families that your wife came in to have a baby and didn’t make it and unfortunately most of the rooms I went into had families from the ethnic [minority] groups.

‘This is what started my lines of enquiry as to why this is happening more to particularly black, African women.

‘I remember one husband whose scream penetrated deep into my heart.

‘I just made a commitment that I would do something about this and try to make a change for the better to make sure treatment is fair for all of us and no experience should be different from one group to the other.’

Sarah continued: ‘If you look at the levels of people who are migrating to countries and how the populations are becoming more ethnically diverse, the challenge is for countries to have the ability to tailor services to meet the needs of those particular individuals.

‘The approach should not be an inward view of ‘we’ll treat what we have’ but a holistic view of accepting everyone and the needs that come with that person.’

Sarah's research into the higher rate of maternal deaths among black women highlighted issues and factors such as:

Following her research, Sarah made recommendations to the chairperson of the Women’s Health Select Committee Rt Hon Maria Miller MP.

Her main one is for more community hub facilities, which she describes as ‘one stop shop’, where BAME women can meet with consultants, midwives and health visitors in their local area so they find it easier to attend appointments.

Sarah, who is originally from Zimbabwe and moved to the UK aged 18, will be speaking at a nursing global summit in December and conducting a video interview with the United Nations next year as they draw on her expertise.

At the same time, Sarah has developed a proposal for a major ‘unconscious bias’ training program for all NHS staff to address stereotypes with BAME which could be rolled out globally in future as part of the UN project.